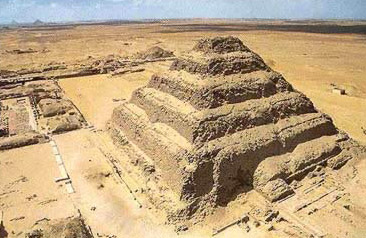 Egypt has been renovating a lot of things for a while now. One of the most important aspect that is being renovated at the moment is Egypt’s infamous “Step Pyramid of Djoser”. It is promised that this monument is to be opened quite soon for the public. Yay us!

The Ministry of Tourism and Antiquities has just announced this morning that the renovations of the Step Pyramid are finally complete! The Secretary General of the Supreme Council of Antiquities recently visited Saqqara’s Archaeological site to survey as well as take a glimpse of all the latest work prior to the grand opening.

Upon restoring the site, the workers had focused on maintaining the Pyramid’s integrity by adding protective stones around the Pyramid in hopes of protecting it from several things such as rain damage and weather conditions too. They had also replaced the stones to prevent the architectural monument from collapsing by repairing the roof and even filling holes. You should know that for centuries Egypt has been neglecting taking care of the Step Pyramid, which is why we’re super excited and can’t wait for the grand opening!

Back in 2011, reports were made by UNESCO claiming that the Step Pyramid, a 4,600 year old Step Pyramid is in extreme danger of collapsing. Alarms were sounded which is why the Ministry of Tourism and Antiquities decided to develop as well as preserve restoring cultural sites all over Egypt, the Step Pyramid being one of the most important.

Believe it or not, 90,000LE was used to undertake the restoration and repair. You might think of it as a lot of money, but due to the advanced scientific techniques and tools that are to help maintain the structure’s integrity, 90,000LE is considerably very cheap for renovation!

One of the most exciting things about the renovation is that the ministry had installed electronic panels in order to portray the detailed history of the Saqqara Archaeological site. This will definitely help maintain our country’s ancestral history! Another cool addition to the artifacts are full time security guards, ventilation, modern lighting, and also wheelchair ramps and paths for the needy to allow all kinds of visitors to be able to witness such a beautiful restoration of history.

If you didn’t know, the Step Pyramid has been closed ever since 2006 after an earthquake hit Egypt pretty hard in 1992 and threatened to collapse the Step Pyramid. To fix this problem momentarily, researchers had to use a massive balloon filled with water to help maintain the structure for the time being. They had later stopped restorations in 2011 due to political instability but then quickly began again in 2013.

The Step Pyramid is quite unique not only because it was built by Amenhotep during the 27th century, but also because these were the first pyramids to ever be constructed in the world. Due to that, the actual Pyramids began being created.

We’re quite happy and content with the way Egypt has been dealing with their history and cultural artifacts. We have one of the greatest most important history and culture amongst all, which is why it is great that after 14 years of restoration and hard work, we finally get to witness a better historical upbringing.

Are you excited to see the new changes that are made?

Top 5 Places To Visit in Canada

Travel Guide: How to Plan A Low Budget Trip