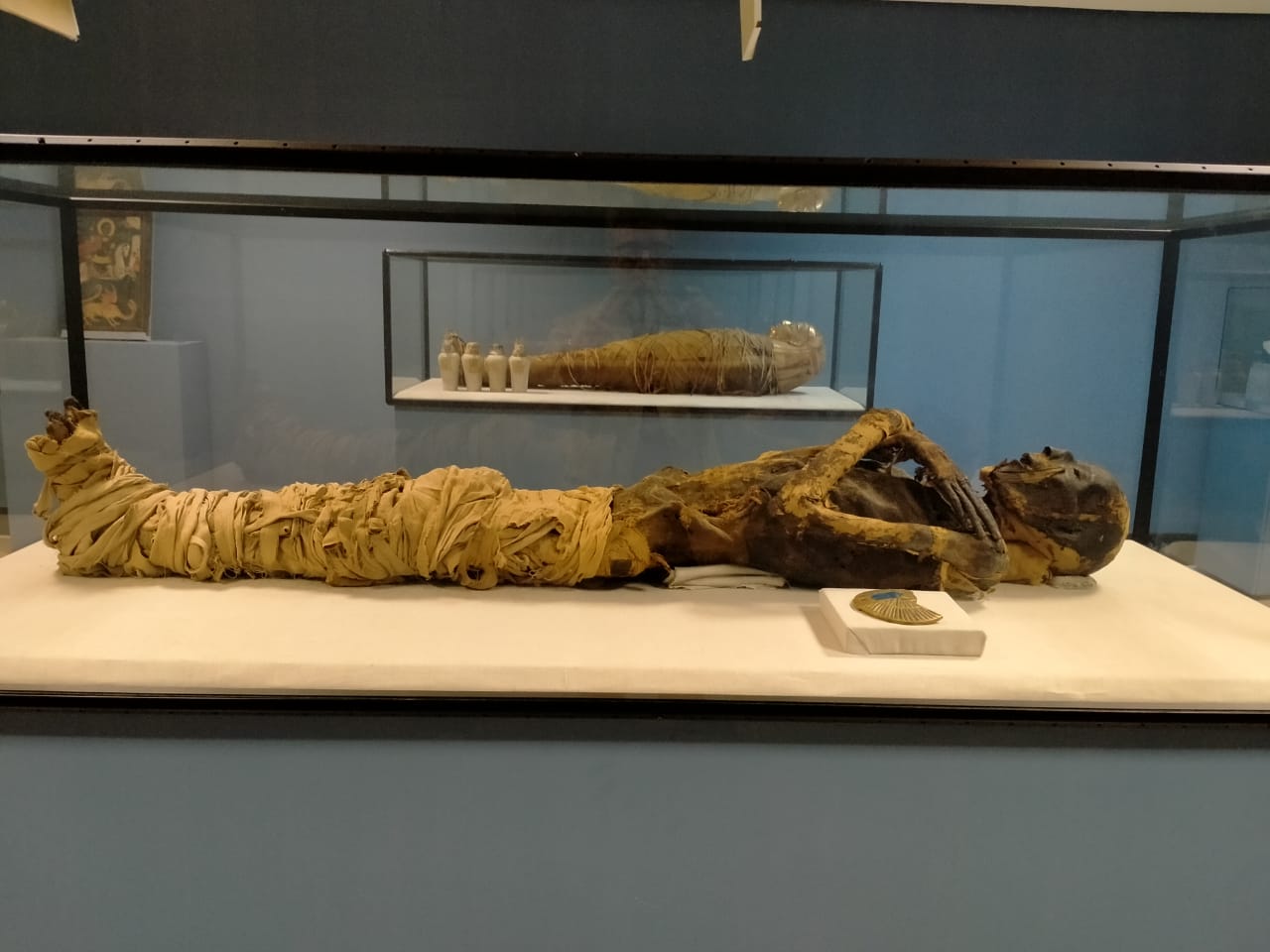 Othman looked into the progress and made sure that all artifacts were placed at the main exhibit hall of the museum according to the display scenario.

So far, the work in the galleries of the museum have been completed and all artifacts have been placed and distributed inside two display cases in accordance to the museum display scenario. Right now, the lighting and labels are being finalized.

According to Othman, the museum will be an asset to the Cairo International Airport and will play a role in attracting visitors, expatriates and transit travelers.

Hala Hagag , director general of the Cairo Airport Museum, said that the artifacts were carefully selected by the Supreme Committee for the Museum Display Scenario, from the storages of a number of museums, including the Egyptian Museum in Tahrir, the Suez Museum and the Greco-Roman Museum, it showcases the different civilization of Ancient, Coptic and Islamic Egypt.

Moreover, the museum will display two mummies. One of them is decorated with a golden mask and colored inscriptions.