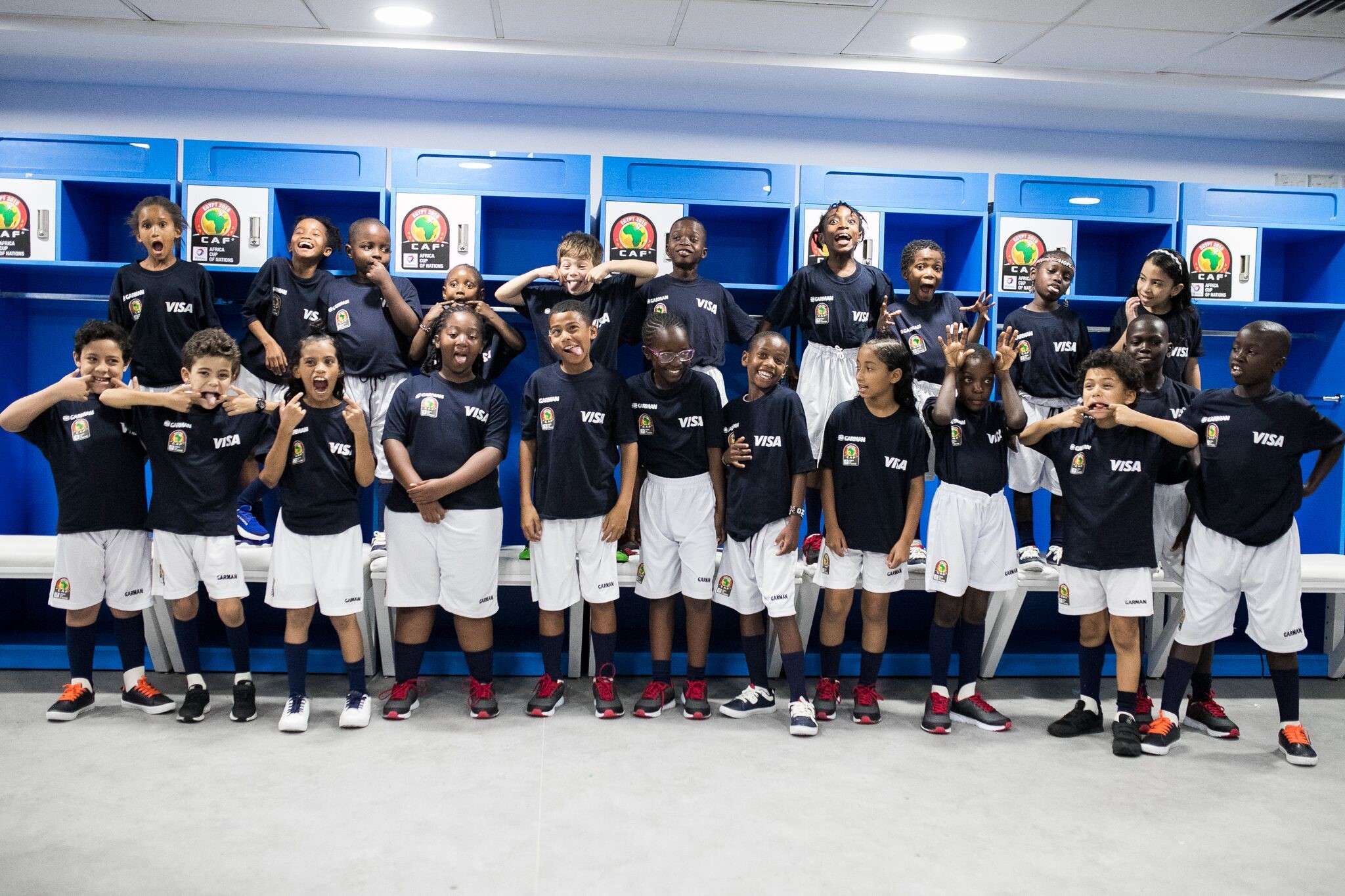 Visa made the dreams of 7 Egyptian children come true when they led some of the world’s best football players onto the pitch at Al-Salam Stadium in Cairo during the 2019 Total Africa Cup of Nations quarter-final match between Tunisia and Madagascar on Thursday.

Visa, the world’s leader in digital payments and official sponsor of the prestigious tournament, gave the lucky children the once-in-a-lifetime opportunity to be player escorts as part of its Unstoppable Stories campaign, which was launched in earlier this year.

The player escorts, who were also treated to a three-day trip to the capital city, were Nour Adel Ahmed Fouad, a 9-year-old from Assiut, Malak Aly Hassan and Malak Sameh Abdelhamid, who are both 10 years old from Qena. In addition to these 3 children, there were also the 4 children who were chosen from the social media campaign: Ahmed Ramy, 7 years old, Malek Osman, 7 years old, Tarek Zahran, 8 years old and Karim Abouelsaad, 8 years old, who are all from Cairo, and also enjoyed the hotel experience.

The children were identified through Visa’s Unstoppable Stories campaign for 2019 Total Africa Cup of Nations, which called upon children to share their stories and inspirations of what makes them or their heroes unstoppable.

Commenting on the occasion, Ahmed Gaber, Visa’s Country Manager for North Africa said, “Visa is a long-standing supporter of football and we are proud to be leveraging our sponsorship of the 2019 Total Africa Cup of Nations in such a positive way.  It was heart-warming to witness the joy of the player escorts as they led the players into the stadium. The special moment marked the culmination of weeks of preparation since the Unstoppable Stories campaign was launched. Congratulations to each of the player escorts who represented Egypt with honour in front of a global audience and to everyone who contributed to the success of the inspirational campaign.”

Speaking after the match, Nour Adel Ahmed Fouad one of the 7 player escorts from Egypt said, “Travelling to Cairo and being a player escort was a huge honor and incredible experience. Leading the football players into the stadium in front of a cheering crowd was a memory that I will treasure forever and I would like to thank Visa for making it possible.”

Adel Ahmed Fouad, Father of Nour Adel Ahmed Fouad, added, “I was extremely proud to watch my son escort the players onto the pitch at the 2019 Total Africa Cup of Nations quarter-finals. The atmosphere in the stadium was electric and it is was a moment I will cherish forever. Thank you to Visa for making my daughter’s dreams come true.”

Through Visa’s sponsorship of the player escort program for the 2019 Total Africa Cup of Nations tournament, more than 1,100 children from around the world have been given the opportunity to lead out their football heroes as they take to the field during the football tournament.

In Egypt, Visa partnered with the Ministry of Youth and Sports, in addition to an Egyptian NGO, to give over 70 children across different governorates, this once in a lifetime opportunity; these children also included several who are members of the Down Syndrome community.

Visa’s sponsorship of the 2019 Total Africa Cup of Nations tournament in 2019 and 2021, makes Visa the exclusive or preferred payment services provider at all venues and the official partner of the player escort program. With The Confederation of African Football (CAF), the organizer of the tournament, Visa is able to capitalize on football’s popularity throughout the continent, tap into high-growth markets and continue to deliver exclusive benefits to its local communities, clients, partners and fans as they come together to support the best of African football.