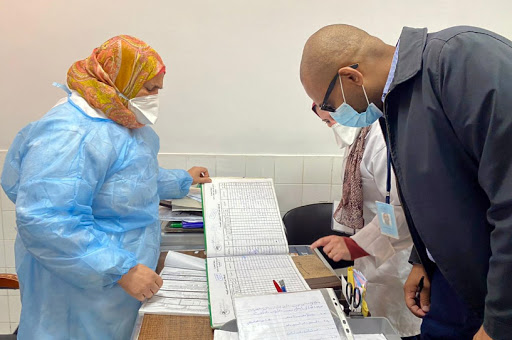 Egypt so far has recorded several COVID-19 cases within the medical community such as nurses and doctors. Hala Zayed, Minister of Health, stated that 12% of these infected medical workers had been infected inside the hospital itself and had not caught the disease from the outside.

In light of this incident, Dr Hala had order a formation of a central committee in hopes of limiting the spreading of the coronavirus amongst these medical staff members in the hospitals.

This committee had already commenced working by checking in on the hospitals to make sure that the requirement and procedures are both met and applied.

On another not, Chief of the General Organization, Mohamed Salah al Din, has been denying that the hospitals in Matariya have recorded cases of the virus. He has deemed them as rumors rather than facts.

Salah el Din had also stated the teaching hospital for Matariya had been taking all the necessary precautionary measures to ensure the safety of the patients as well as the staff members.

So far, the syndicate claims that three Egyptian doctors had passed away due to the virus while 43 had been infected worldwide so far. It is also noted that it is highly likely that these numbers will increase which is why they need to be extremely careful.

It was later explained that these deceased doctors had originally contracted the virus through infected people in the first place. Which is why, the Syndicate is forcing doctors to abide by the rules placed by the PPE, personal protective equipment that is made available in all medical centers and hospitals.

It was announced on Saturday by the Ministry of Health that a number of 145 new cases of the coronavirus have been put under the spot light. After further investigations, it was proved that the infected are all Egyptians. This raises the toll of positive cases to 1939 leaving us pretty close to 2000. The death toll has risen to 146 which is why we need to remain safe and very cautious.

3 Teens Taken Into Custody for A Severe Act