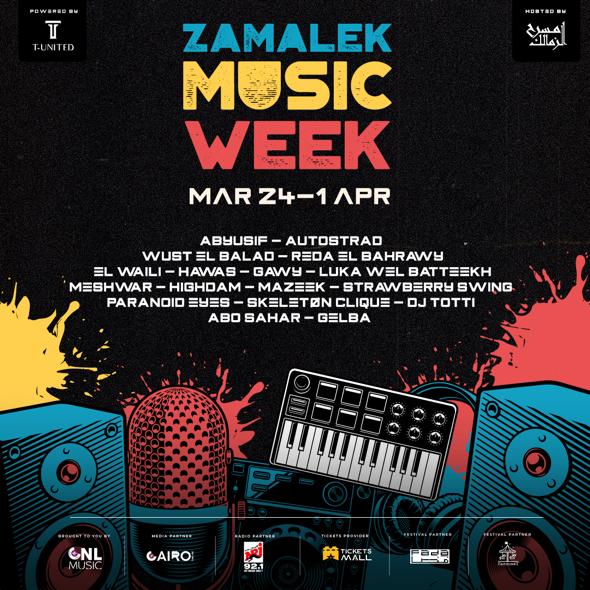 For its very first edition, Zamalek Music Week has brought all the colours of the musical spectrum under one roof at Zamalek Theater. “This year, Zamalek Theater is witnessing its first anniversary after putting together over 80 concerts of all sorts of genres, which is why we decided to create a new concept that isn’t like any regular performance,” shared Mostafa Sabry, Zamalek Theater’s Manager. 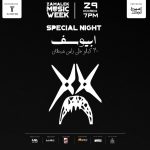 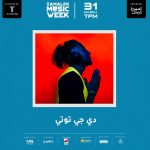 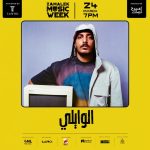 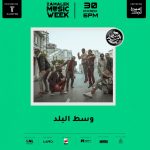 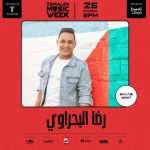 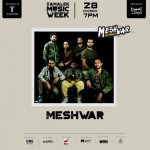 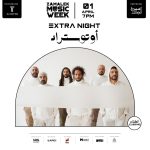 For the first time in Egypt, we’re presenting all genres within a week to feature seven performances, as well as a closing night… After Ramadan, we look forward to hosting even bigger events that feature both local artists and international acts,” Sabry added.

Fans of rock, indie, afro, electro and shaabi will be getting the treat of a lifetime, starting from the 24th of March, until the I St of April. With over 15 artists on the bill, Zamalek Music Week festival is set to be the biggest of its kind.

“The festival is catering to different audiences from an array of age groups,” shared Tarek Sabry, Founder and CEO of Zamalek Theater, “and the experience of the Zamalek Music Festival is only the beginning to new musical events that Zamalek Theater will be hosting over the next year.

As the festival gears up to become a yearly occurrence, let’s take a look at the edition’s agenda. On Thursday, the 24th of March, El Waili is set to take over the stage during the opening night of the festival with his signature ambient tunes, and he will be joined by special guests Donia Wael and DJ Jamaica. The second night takes place on Saturday, the 26th of March, when Reda Bahrawi’s shaabi hits sends the audience into a frenzy.

As for rock night, Strawberry-Swing, Paranoid E es, and Skeletøn Cli ue are set to turn the festival upside down on Sunday the 27th of March. African night will be taking place on Monday, the 28th of March, featuring High Dam, Mazeek and Meshwar.

A special night for the hardcore fans of Egypt’s rap scene will be taking place on the 29th of March, which features the one and only Abyu_sjf. The festival will take an indie turn on Wednesda the 30th of March, with Wust Elbalad, Hawas, Gawy, and Luka wel Battekh. Shaabi night will crank up the heat with DJ Toti, Abo Sahar, and Gelba on -Thursday, the 31 st of March, before Autostrad band ends things on a high note with an extra night of indie hits on the final day of the festival, the I St of April.

Find out more about the schedule here. 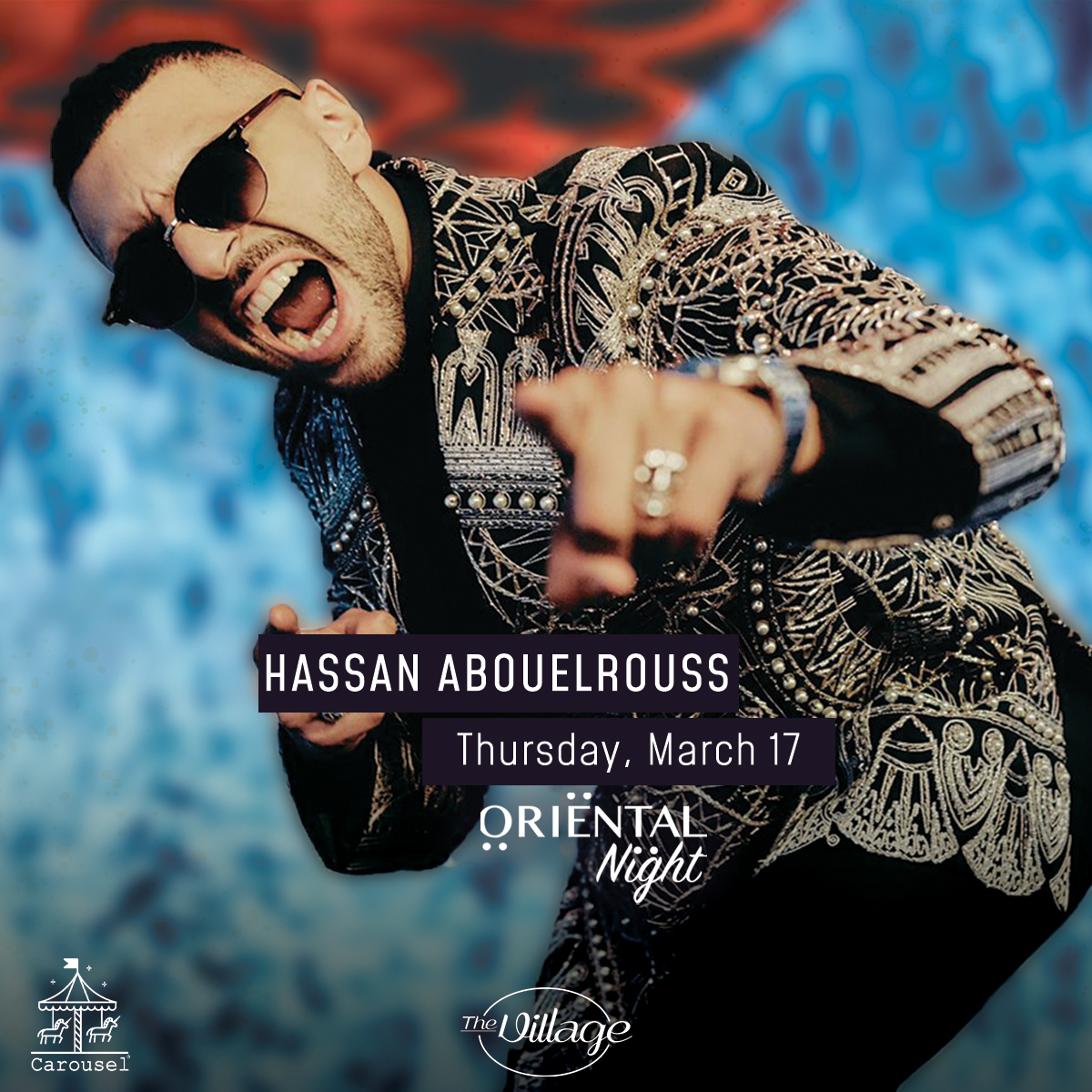 FOR THE FIRST TIME EVER: HASSAN ABOUELROUSS IN LEBANON!FOLLOWING A STREAM OF SMASHING HITS IN EGYPT, POPSTAR HASSAN ABOUELROUSS VENTURES INTO LEBANON’S NIGHTLIFE! Mark your calendars for Abouelrouss’ takeover of The Village inLebanon’s capital, Beirut, this Thursday night (March 17th). 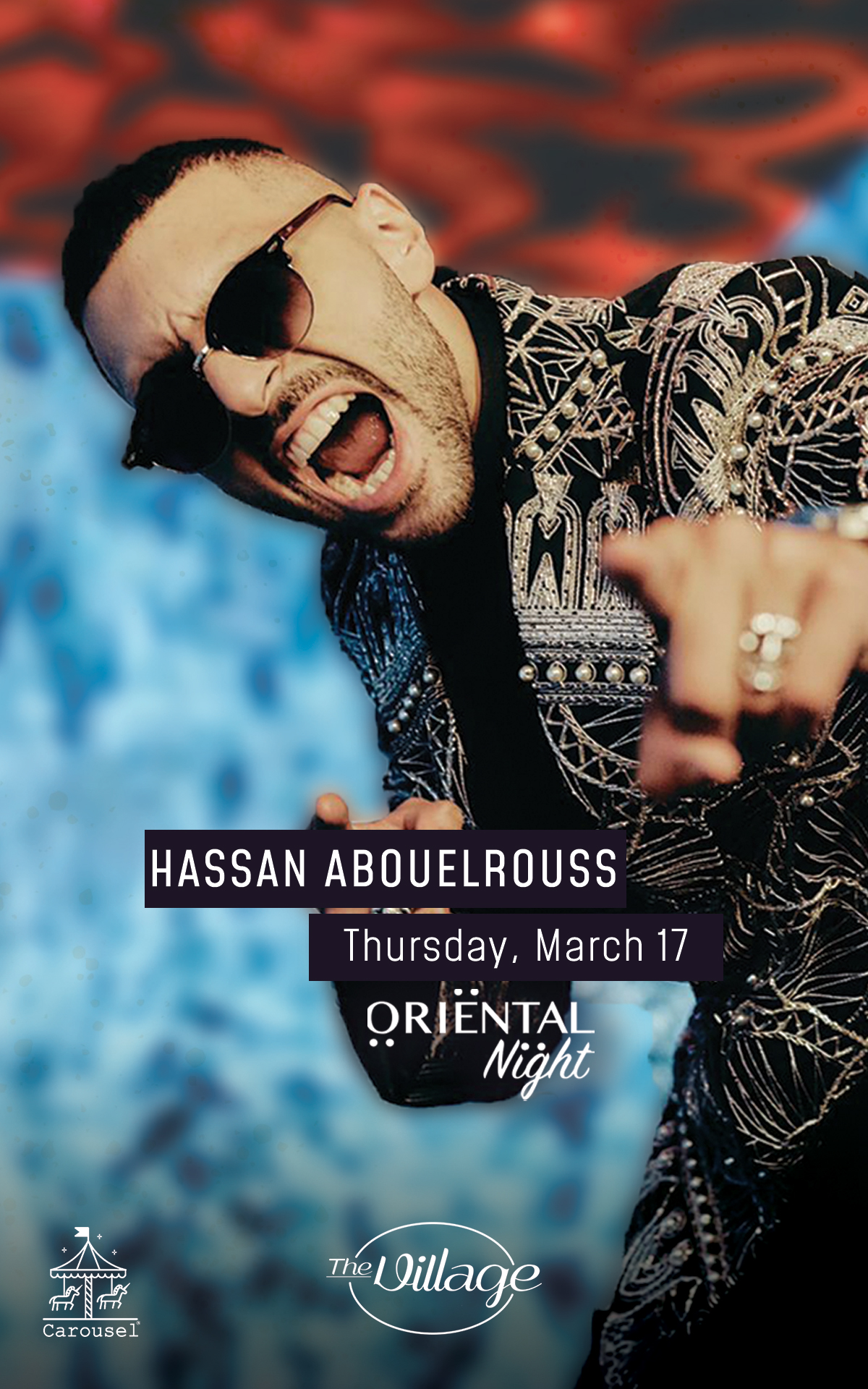 The Village’s Oriental Night will be cranked up a few notches with the anticipated breakthrough by Abouelrouss, who will be performing his biggest hits including “Kol El Nas”, “Falatet Meny”, “Chicalastic”, and, last but not least, his banging tune of “Millionaire” from his famed “Bmeet Wesh” series. Having had millions of viewers tune in to watch his music videos online, Abouelrouss has garnered quite the funky following. Known for an upbeat persona, Abouelrouss never fails to bring an audience to an uproar. His viral hit “Kol El Nas“ featuring Mahraganat duo, El Sawareekh, reached an impressive 20 million views, while his top trending track “Millionaire” amassed over a combined 100 million views across numerous platforms. His most recent work “Falatet Meny“featuring superstar Dina El Sherbiny garnered critical acclaim, and remained the talk of the day for months on end. The multitalented triple threat hasn’t only taken over the music scene by storm, but he’s also flexing his acting talents on TV screens around the Middle East. He’s currently working on a couple of mega hit series that will be announced soon. Keep an eye out forAbouelrouss’ next moves; he has plenty more tricks up his sleeve. 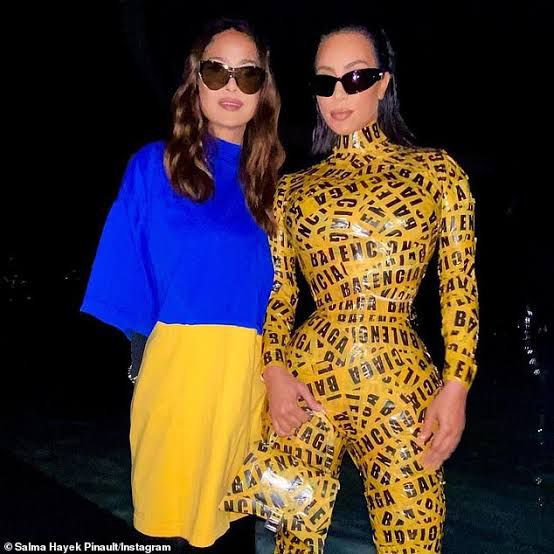 The Russian invasion of Ukraine was a major event across the world, as Russia started the full-scale invasion of Ukraine on 24th February 2022. That was the largest conventional military attack since World War II, though the impact of the war is incredible when it comes to the humanitarian factor. People are evading their homes and staying on the borders. Fashion houses have taken action and started to diminish in Russian locations, and luxury stock prices are going down. Even though the fashion business had been going under a hurdle of the Russian invasion of Ukraine, Milan Fashion week had initiated immediately. Influencers had raised the flag of Ukraine in solidarity with the nation and designers had pieces with the color of the flag. Celebrities had celebrated the colors of blue and yellow and Fashion week streetwear in protest to Russia. A show guest at the Giorgio Armani Fashion Show was dressed in blue and yellow, as the show was in silence t acknowledge the somber mood. Fashion and clothing had been a certain part of how individuals had expressed their opinion and how they feel about, fashion had been a part of political activism and protest. Fashion brands had always showed messages through their apparel and their collections. 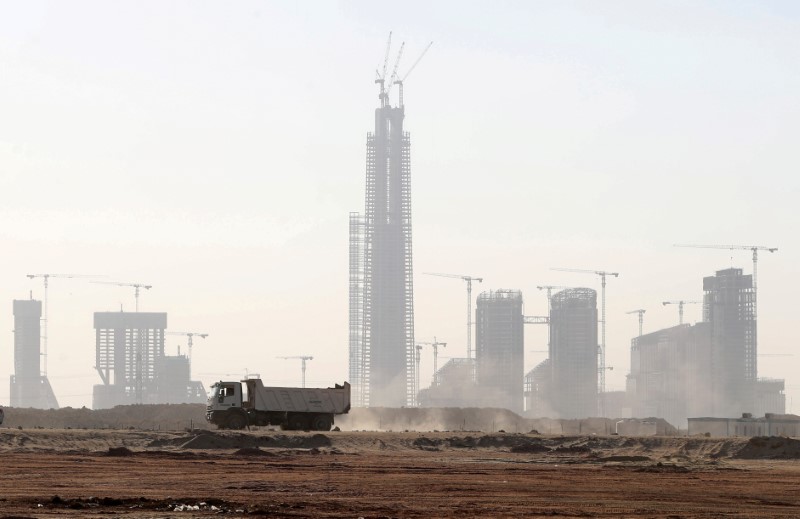 Lately the political leadership of the UAE had allocated 10 billion Dollars for investment in Egypt. Al Shamisi the CEO of Abu Dhabi ports had expressed his aspiration and gratitude for the bulk of the investments in the port field. In addition to his severe interest in obtaining serious opportunities with the Egyptian side in his field, accordingly to a statement by the Egyptian ministry of transport this Tuesday. In the meeting between him and the minister of transport Kamal Al Wazir he discussed the future cooperation and frameworks that are going to be built between the two sides. In favor the Egyptian minister of transport had affirmed the political leadership between the two countries and joint cooperation which is witnessing a huge increase. He explained that the Egyptian state is expanding a comprehensive plan to develop the maritime system, and comprehensive development of all Egyptian ports. The two also discussed cooperation projects in Abu Dhabi and Egypt for the future including Nile transportation. The minister insisted that there is a greater risk in developing the river transport system in Egypt to relieve pressure in the road network whom maintenance cost billions of pounds annually. Over all the plan of the logistics between Egypt and Abu Dhabi is a en route to a success.