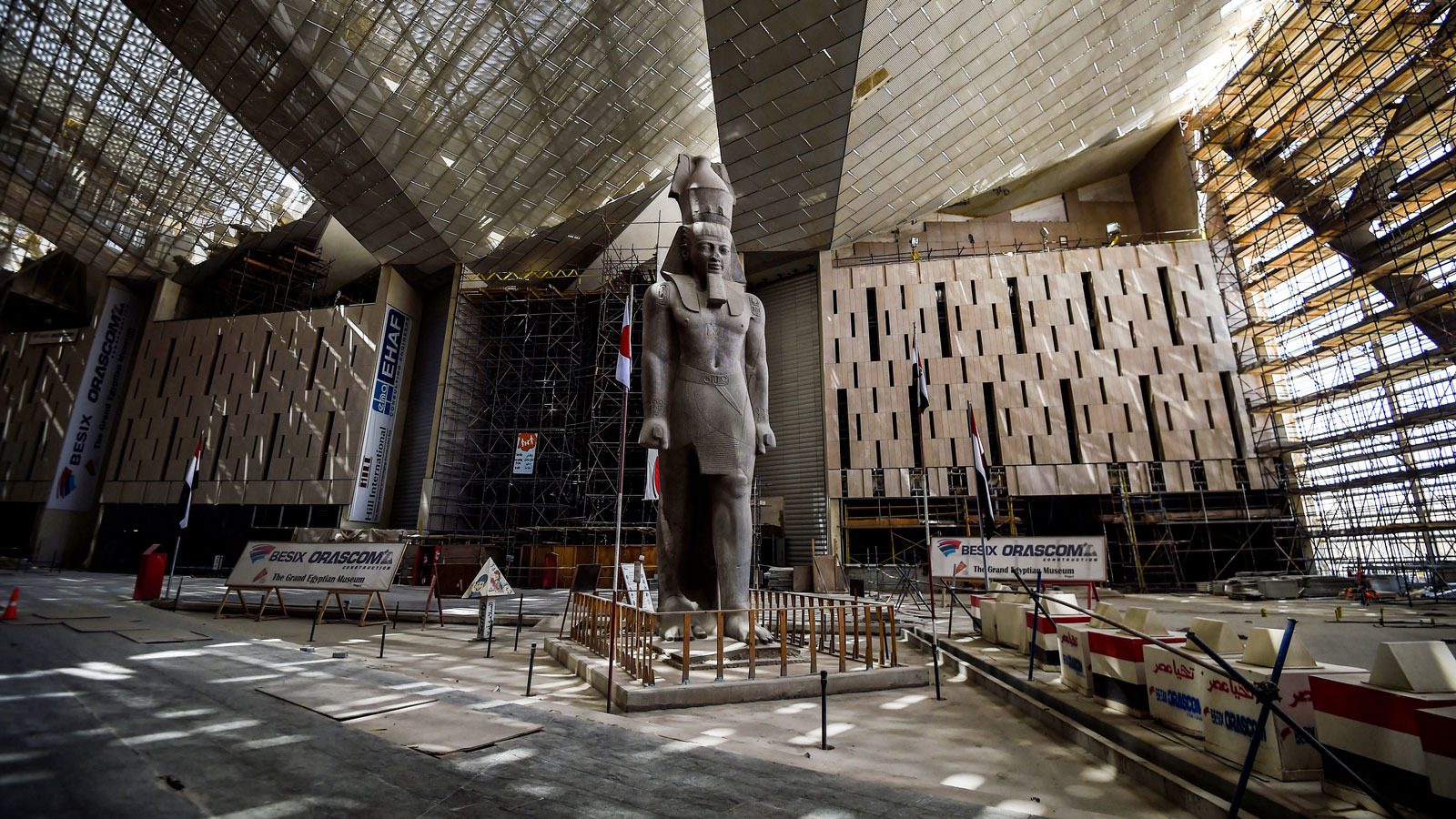 The largest museum in the world dedicated to ancient Egyptian culture, the Grand Egyptian Museum will soon be ready for the world to be wowed with its magnificence with 96.5% of the work in the museum finally done!

The general supervisor of the Grand Egyptian Museum, Major-General Engineer Atef Moftah revealed that 96.5% of work at the GEM has finally been completed, amounting to the transferal of 55 thousand artifacts to the museum.

He also added that the display vitrines for the King Tutankhamun galleries are fully completed and are being tested at the moment. Moreover, 90% of the artifacts has been installed at the Grand Staircase and the surveillance and control system are being finalized.

Moftah also discussed the possibility of installing cable cars! He said that there is an ongoing study that is looking at connecting the beginning of the Fayoum Road with the museum. How cool would that ride be!

These cable cars will be used to transport tourists from the GEM’s hotel area all the way to the bottom of the Giza Plateau, making the ride both easier and much more enjoyable!

Also, there is another study is discussing the possibility of directly linking Cairo Airport and hotels that will be developed within the museum area.

Commenting on the recent discovery in Saqqara, Moftah said: “I requested that the Saqqara Cache be added to the artefacts scheduled for display in the GEM, as well as the Asasif Cache, both will join the museum’s exhibition programme. We will prepare two exhibition halls of the GEM to be called the ‘Hidden Hall’ to hold the coffins. The GEM has two museum exhibition halls with a total area of 2500 square meters, in addition to three halls measuring 600 square meters for temporary displays and exhibitions of both ancient and modern art”.

We can’t wait for the opening of the museum that will completely transform tourism in Egypt, a place that will display the first ever hanging obelisk on show at the entrance of the museum!

Who’s as excited as we are for the grand opening?