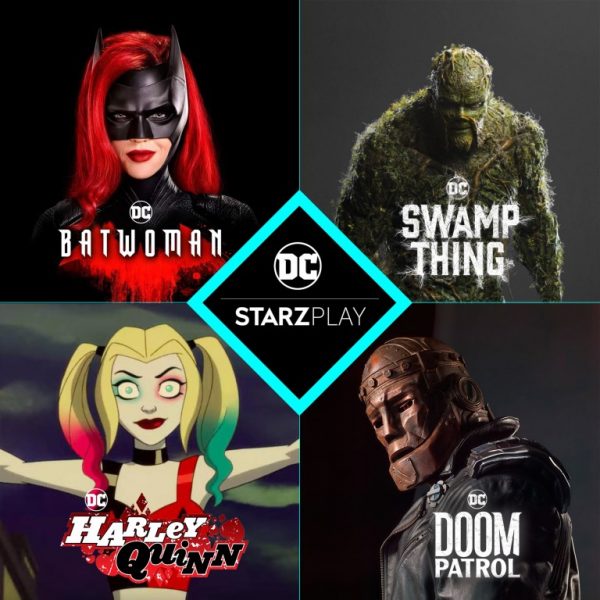 Ever since we’ve been out under lockdown to quarantine against the Coronavirus pandemic, the most activity that we’ve been getting done is either constantly surfing social media platforms or binge watching your way through countless of series and movies.

Now, when you guys think of things to watch when you’re bored at home, you’ll most probably turn to your favorite genre and start the trek. There’s horror, mystery, maybe even a little bit of sci-fi. Little do you guys know though that a huge part of the Egyptian population, let alone the entire world, are huge fans of superheroes. Whooosh!

Drum roll please..! For the first time ever, Warner Bros. & DC Universe are joining teams to bring to the Middle East the first series ever! Out of all the sad and stressful days we’ve been going through because of the novel virus, a little bit of new surprises are exactly what we’re in need of!

DC & Warner Bros we’ll be bringing awesome series such as Harley Quinn Animated series, Doom Patrol, and Batwoman! Believe it or not, this wasn’t easy at all to create. It has been an ongoing debate and discussion to be capable of making your dreams come true. They have both officially signed a long time deal between Starz Play Arabia and Warner Bros.

The thing is, not only will people have the luxury of watching these series, but they’ll also be providing you folks access to box Sets of “Two & a Half Men”, “Supernatural”, “The O.C”, and much more shows from Warner Bros. Certain episode will also be available on Starz Play as well that will have aired right after the initial airing in U.S.A.

We’re super excited that this gift of luxury will be available in 20 different countries throughout the entire region with at least 10 million subscribers! If you guys didn’t know, Starz Play hosts both international and regional content. Another cool feature is that they have an application you could download from the App Store and even Smart TV’s.

To subscribe and for more follow up information on this superb news, head to this link www.arabia.starzplay.com

3rd Village to be Quarantined due to COVID-19