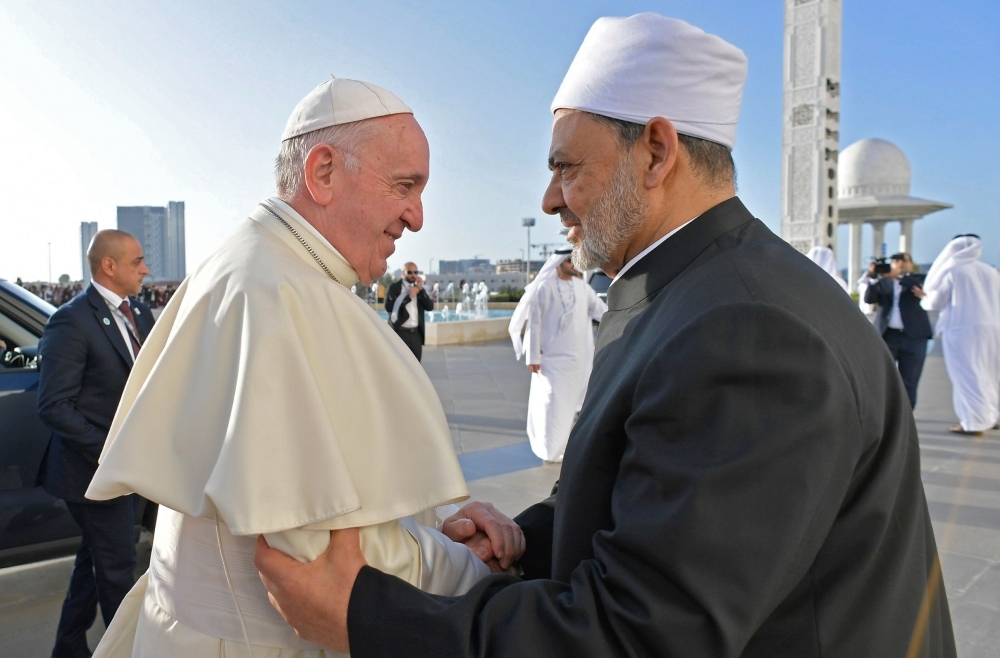 Earlier on Monday, the Vatican and Egypt’s Al-Azhar mosque and university had signed a document regarding the fighting against extremism.

The signing took place in the UAE capital Abu Dhabi, in the presence of Pope Francis to the Arabian peninsula, a visit that is considered to be a historical one; that attempts at outreaching Muslims on his behalf.

The Pope is the first leader of the world’s 1.3 billion Catholics to visit the Arabian Peninsula, and his visit also included the attending of an interfaith meeting in the UAE.

Today, the country expects its largest public gathering ever, that includes an open-air mass for 135,000 of the Muslim country’s million Catholic residents.

Abu Dhabi’s Crown Prince Mohammed Bin Zayed expressed his delight in meeting the pontiff and described Abu Dhabi as the ‘homeland of tolerance”.

Your Tonight Guide for a lit weekend