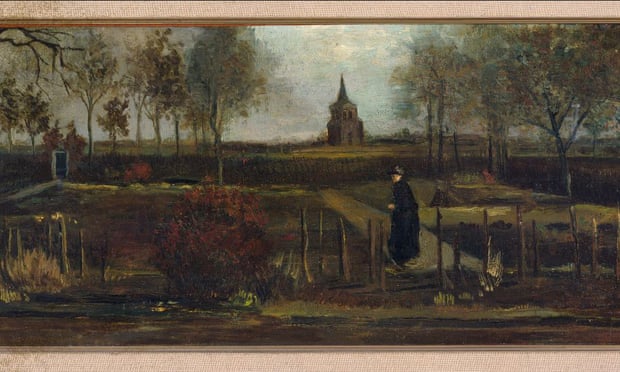 Ever since the Coronavirus outbreak has commenced, matters had gotten a little better around the world, especially when governments had initiated curfews and quarantines. It was claimed that the number of stolen items, rapes, harassments, and much more have decreaed over the last couple of days.

This has been a result of the governments initiating strict rules as well as 24 hour supervision. Also, since many places people can easily steal from have been closed either to protect themselves from the pandemic or even to follow the curfew that has been instated, has truly helped keep the world a better safer place for the time being.

On the other hand, all the way in Netherlands, a disasters incident had occurred at Singer Laren Museum. Believe it or not, a painting worth five million sterlings that has been created by your favorite artist, Van Gogh, has been stolen due to the Coronavirus outbreak.

The painting that had been stolen was the Personage Garden at Neunen in Spring. What had happened was that the thieves had broken into the front glass door by smashing through at around 3:15am.

You would think that it is of great opportunity to steal something so expensive and valuable at the current time since everyone and everything has shut down in light of COVID-19, but seems like the thieves had a personal vendetta since no other art was stolen but that one in particular.

The museum’s alarm had been triggered of course due to the high tech security of the place, but by the time the police had been called in to the museum, the burglars had fled from the crime scene leaving no trace behind.

An important press conference was held on Youtube that included Jan Rudolph De Lorm, the director of the museum as well as other important officials to discuss the incident that occurred. Jan had expressed deep anger and claimed that he is’ extremely pissed off by the loss of the painting.

Not only did the painting symbolize the day that Van Gogh was born 167 years ago, but it was also the only unique artifact that the museum preserved that belongs to the beloved artist. This truly is shocking to believe that people had the nerve to take advantage of the museum’s situation and steal a painting worth so much money.

Irregular Workers to be Compensated by Monthly Allowance