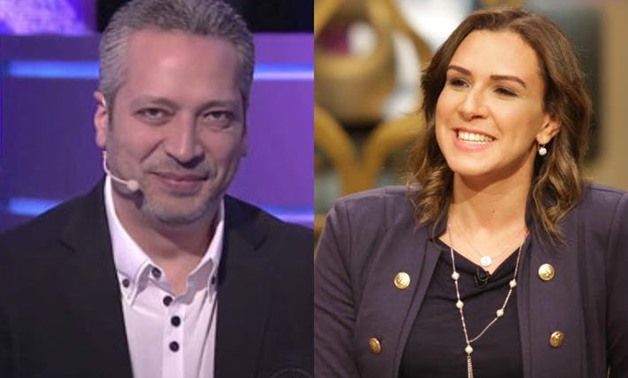 TV presenter Tamer Amin has been reinstated and permitted to resume his TV show ”Akher El Nahar”on Al-Nahar channel after being accused of misogyny and sexism.

The accusations came after Amin insulted the husband of Olympic swimmer, gynecologist, and member of parliament Rania Elwani during a segment that was aired in June.

Elwani was praising her husband’s support and how he is handling the family and the kids to allow her to succeed as a global sports hero, a medical professional and a politician.

“He has supported me a lot. …In 2004, for instance, he was passing around flyers for my parliamentary election campaign,” she said, adding that her husband was tutoring their children at the moment of the interview.

That was when Amin started to mock the husband for doing what he considered as feminine duties saying, “How do you feel, Dr. Hany, when you’re walking across your reception or living room and find a trophy case with 48 medals and 97 trophies, etc., when the most you have ever achieved is winning a backgammon game at the neighborhood coffee shop?”

That of course triggered the National Council for Women to file  complaint against him with the Supreme Media Council. The show was briefly taken off air especially that he wasn’t even registered with Egypt’s Media Syndicate meaning that he wasn’t licensed to act as a media professional.

Now, the TV presenter is reinstated after having submitted all the needed paperwork for him to join Egypt’s Media Syndicate and work under its bylaws and policies.