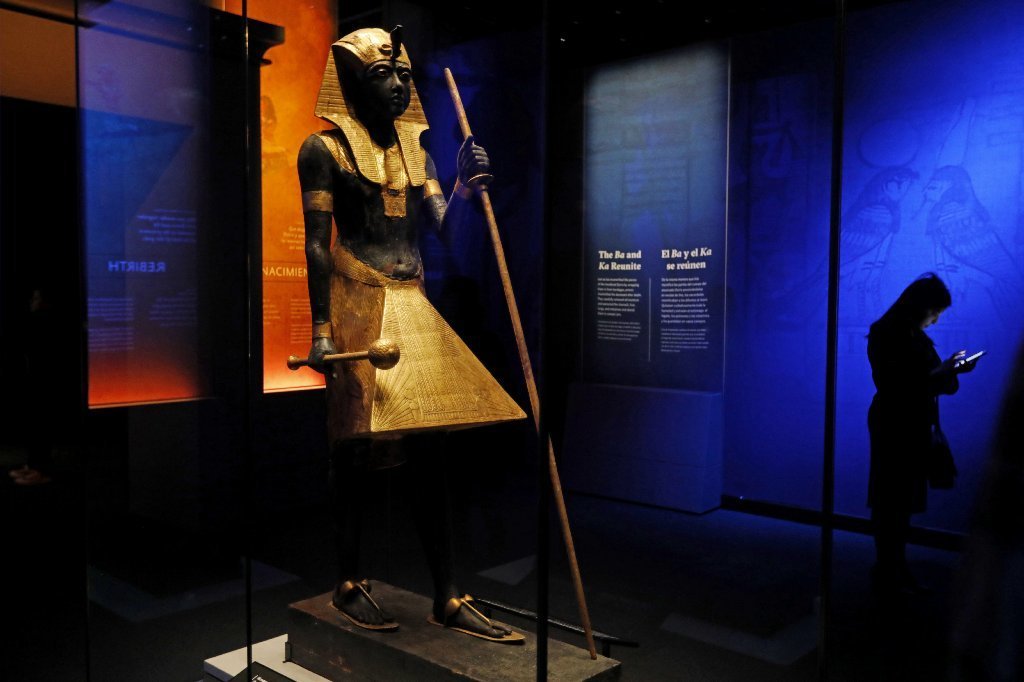 The exhibition “Tutankhamun: The Treasures of the Golden Pharaoh” which was held in Paris has been concluded yesterday night after breaking a record in the history of cultural exhibitions in France.

The exhibition was opened by the Minister of Antiquities last March at the Grand Hall de la Villette, and it came to an end yesterday after generating great revenue as it has been visited by 1,423,170 visitors in the past six months.

Minister of Antiquities said that back in 1967, when the same Tutankhamun exhibition was hosted for the very first time, it also succeeded in attracting 1,240,975 visitors.

Now, 52 years later, the exhibition saw an even bigger success by attracting more than 1.4 million visitors, which is a true indication that the French are very attracted and interested in learning about the history of Ancient Egypt.

Another thing worth mentioning is that the exhibition included 150 artifacts from the collections of the golden king, including a number of statues, wooden boxes, canopic pots, a gilded wooden Ka statue and alabaster pots.