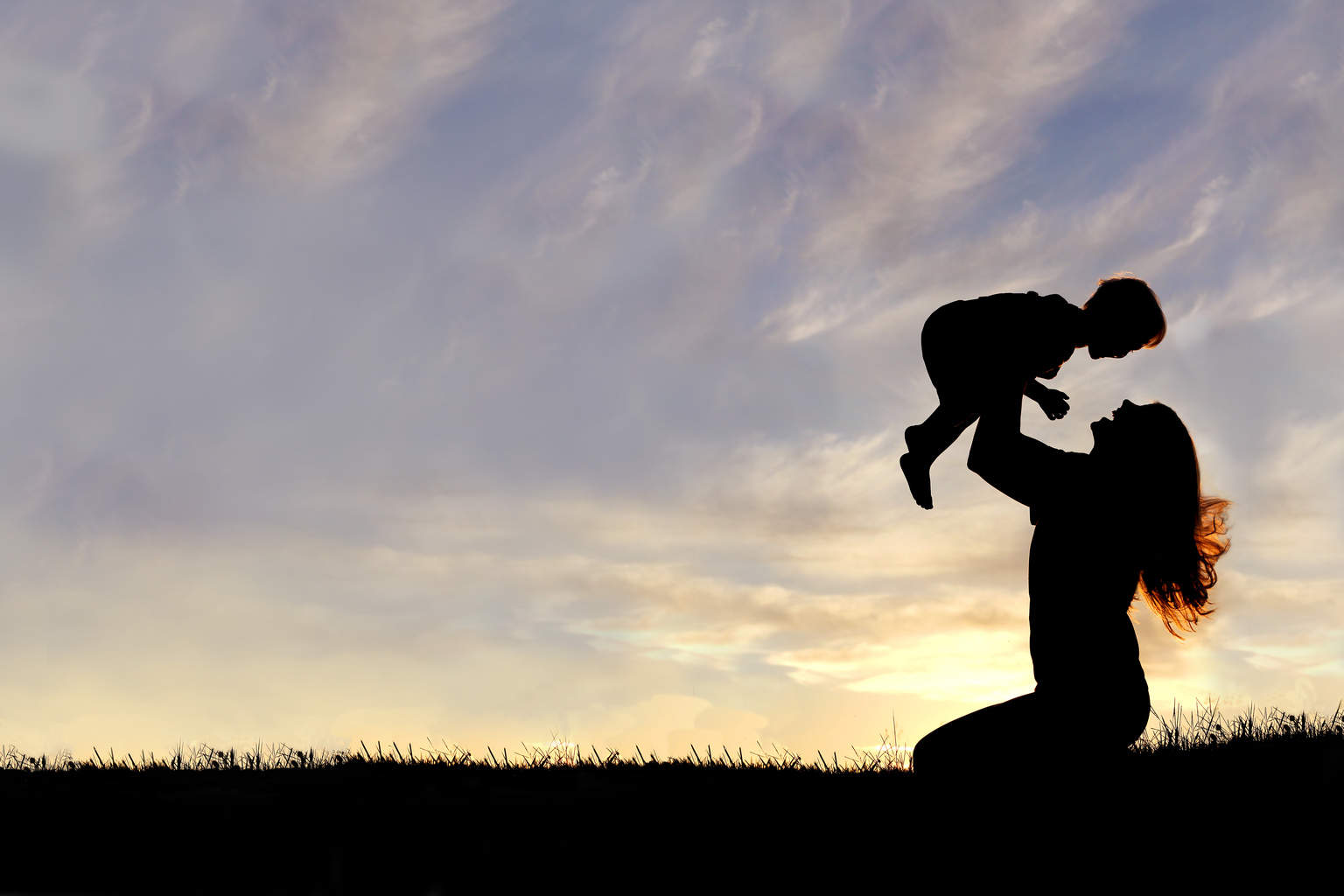 It’s the 12th of March, and I’m out with my mother.  I want to buy her a mother’s day gift, I ask her to try on this new pair of shoes that I know well that it suits her style. But she chooses another, one that matches my style and not hers, because clearly she wants me to wear it with her.

We then go to a silver store, I want to exchange a necklace I got earlier. I fall for this ring, which 10 minutes later, I find her paying for it. It’s almost mother’s day, and she is the one buying me a gift.

She hands me the bag, kisses my forehead, and my eyes start to tear up. It’s a ring, a very simple silver one. I’m clearly not crying because of it, I’m tearing up for the meaning behind it.

I have always believed that there are no selfless deeds, we do a good deed, and expect to feel good about ourselves. We make a nice gesture, and wait for the other person to show us appreciation. But my mother, my mother refuted this theory of mine.

Selfless deeds do exist, because every day, she makes one.

I never knew what to get my mother, because nothing satisfies her more than seeing us, her children, happy. And that’s why, this mother’s day, I’m buying my brother a gift, with her name on the gift tag.

So to the woman who raised me to be selfless, to put other people’s needs ahead of mine. Thank you. And to the women who were more than just mothers, who took on the role of a father, a sister and a friend. Who worked day after day and came home to continue working. You are fierce, and you’re beautifully strong.

And in the light of this month, I wonder to myself, how will it feel to be a mother one day? How will I ever become so good as my mother is? I think of the change in my personality, when I acquire that motherly instinct; that will turn me somehow into a superhero, multitasking and doing wonders. I think of it, and I can’t wait. Because maybe I’ll never be able to pay back my own mother, but I surely will pay her back by raising my kids the same way she raised me. Strong, selfless and kind.

Capernaum: A Must Watch Movie Now in Cinemas

Going Back to School Soon? Here’s How You Can Keep Your Kids Safe! 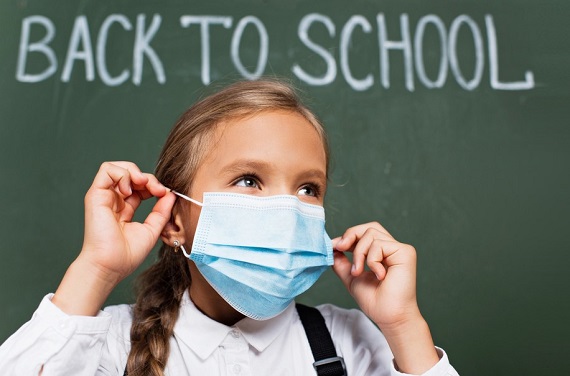 Schools are upon us and this time of the year has always made us feel a bit down because as we welcome back school, we say our goodbyes to the last summer days.

This year it’s even scarier, parents are getting ready to welcome schools with a heavy heart as they send their kids to school during the pandemic.

We know that your kids’ safety comes first, and that you would always go the extra mile to protect them and keep them safe and sound. It may sound scary but we’re here to comfort you with some tips to follow, which will help you shield them from any harm.

Hand Hygiene & The Use of Sanitizers 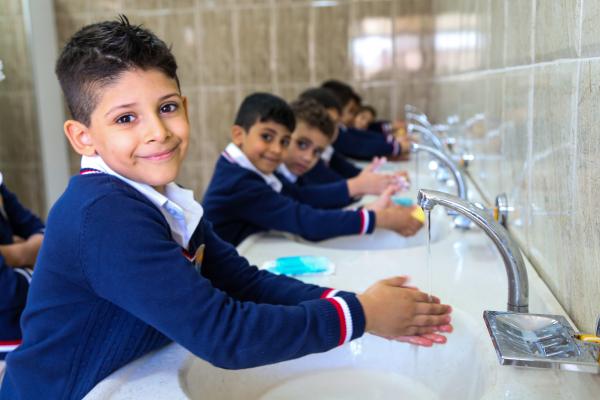 Teach your kids about the importance of washing their hands for a minimum of 20 seconds. Teachers should also be the ones to lead, and kids should follow their lead. Sanitizers should be their new tag along for when water isn’t available, make sure it contains at least 70% alcohol. 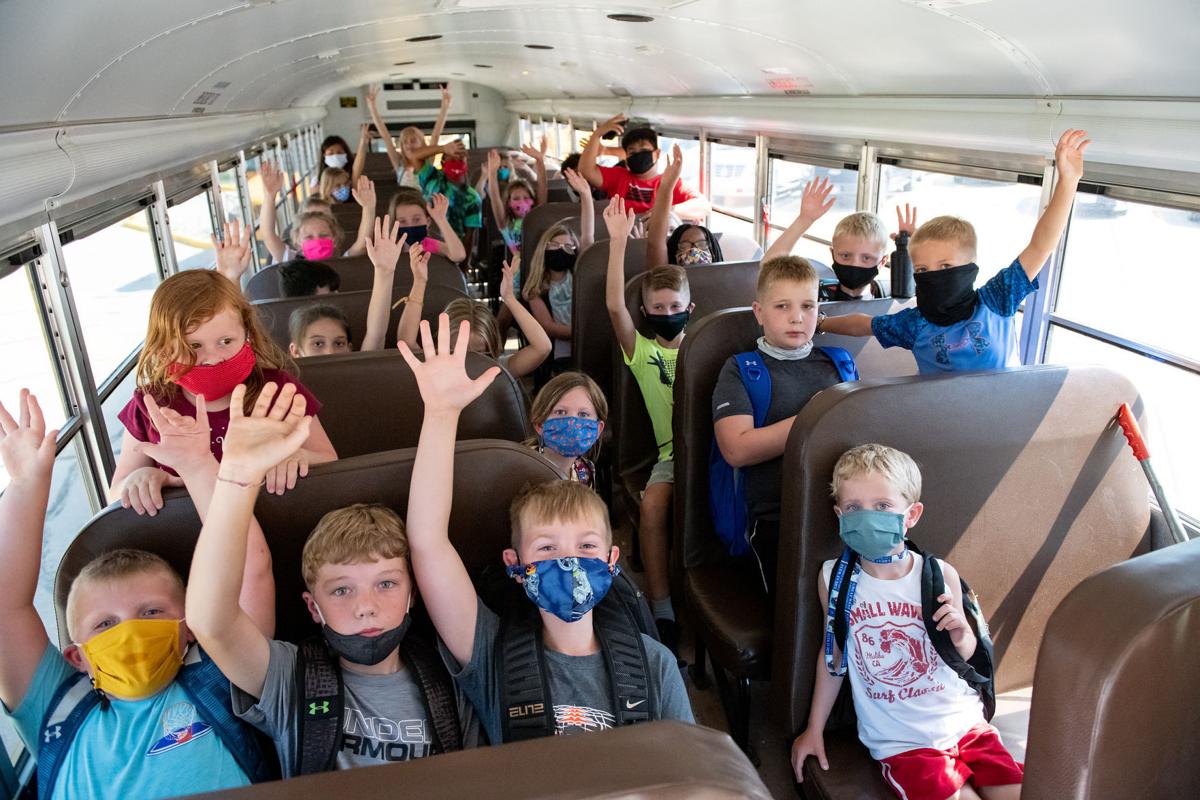 If your kid has to take the bus, then wipes should be their new best friend. Ask them to use these wipes in disinfecting surfaces such as door knobs and sink handles and cleaning their hands. 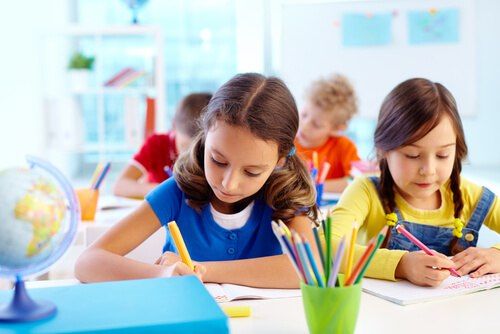 Label their supplies and items with their names on them, so that they don’t get mixed up with others’.

If your kid is sick, even if it’s a small cough, don’t send them to school. The time has also come for you to accept their excuses and listen to them if they complain of anything. Remember, it’s not only your kid’s life at stake, but hundreds others.

If your child suffers from a disease that makes them more prone to the virus and at a higher risk, consider professional home schooling and keep them safe at home.

We know how scared we all are but remember, your fatherly/motherly instinct will shield your kids’ from harms’ ways. 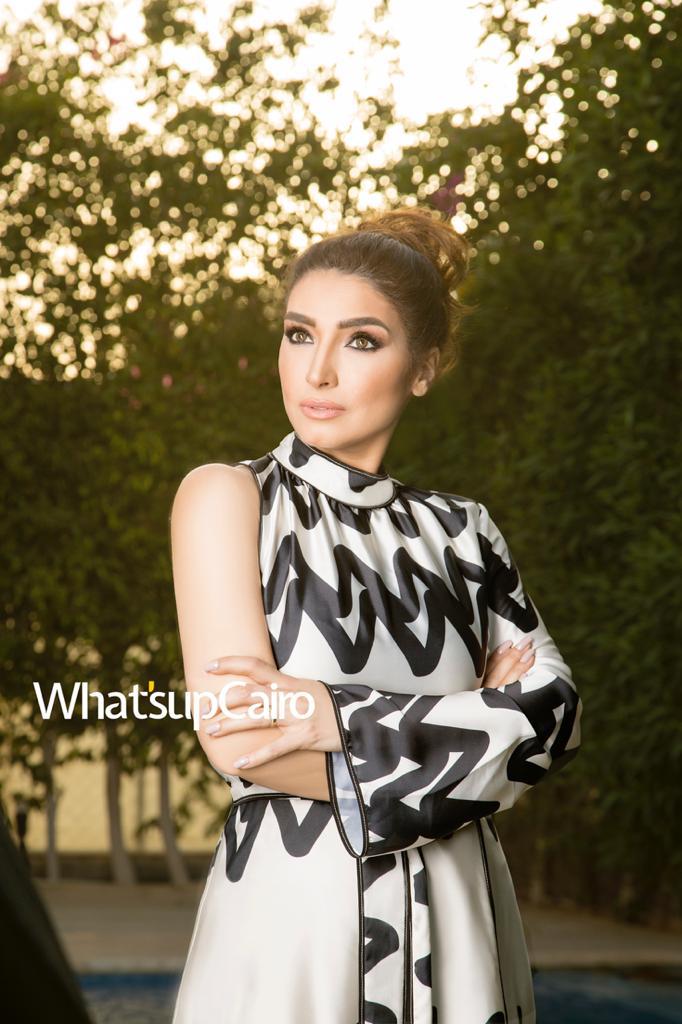 We sat with the beautiful Rogena, or shall we say, Fadwa? And had a delightful talk with her regarding her role in El Brens and got to know her better!

There’s no doubt that Rogena aka Fadwa has created a huge buzz around her character this Ramadan in the series ‘El Brens.’
She killed it and definitely gave a performance that we all admired. But before we get into her role this Ramadan, let’s get to know the real Rogena first!

First thing Rogena does in the morning is sit in the garden and prune her flowers! She calls that her daily ritual which she shares with her Instagram family.

Her favorite meal is basically anything with Bachamel in it and we couldn’t agree more! Who doesn’t love some creamy pastas?

We asked her about the first thing she would do after this quarantine is over and she said that thankfully, nothing much have changed for her.
“I’m coping really well with everything happening and I’m not upset, thank god.” She said.

“The one thing I can do is maybe travel.” She added.

We then asked about the destination she wishes to go to.

Explaining that she has yet an undone series she needs to shoot, and we can’t wait to hear more deets about it! 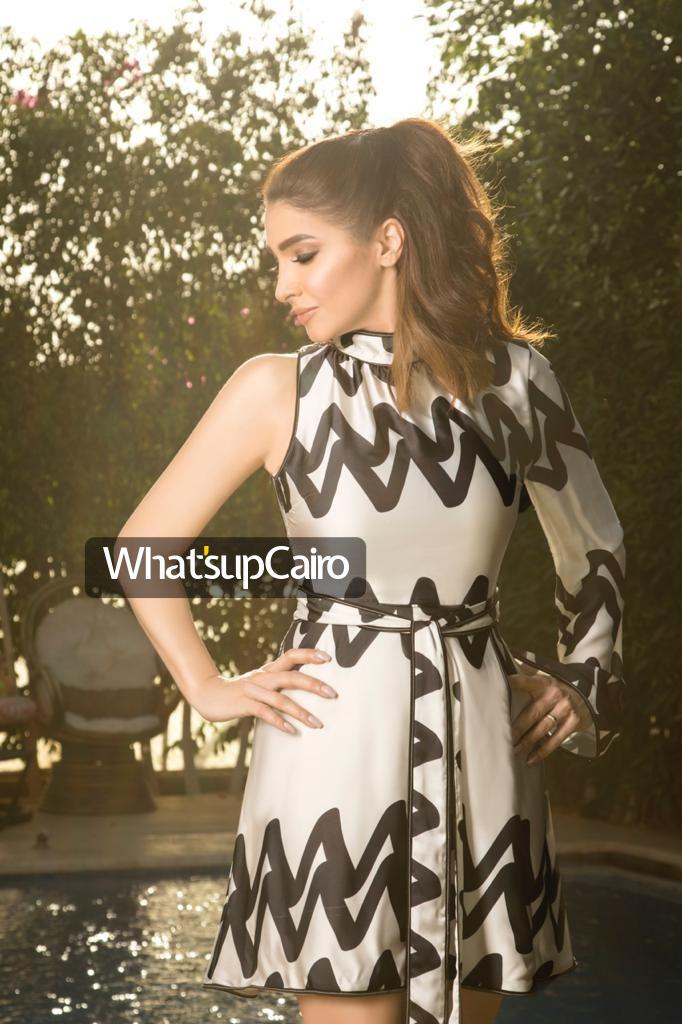 In her spare time, Rogena likes to read, prepare for a character, watch TV and talk to her besties! Gossips, maybe?

You would be surprised to know that Rogena has a daredevil side in her! She’s a risk taker and when asked about the most dangerous thing she has ever done, she said ‘jumping off a plane.!”

So yep, apparently in her spare time, she reads, she trains and casually parachute!
If Rogena weren’t an actress, she would have dedicated all of her time to her home and would have become a full time housewife and mother.

But we are glad to see her excelling in both!

Commenting on her killer role as Fadwa, Rogina said ‘I never expected this huge success for Fadwa but I had faith in god and that hard work pays off.”
She also admitted that Fadwa is the hardest character she has ever played.

It definitely was a hard character but no one would have played just as well! From one success to another, we salute Rogina for being the great actress that she is.
Till next time and next interview, we hope you enjoyed this one just like we did! 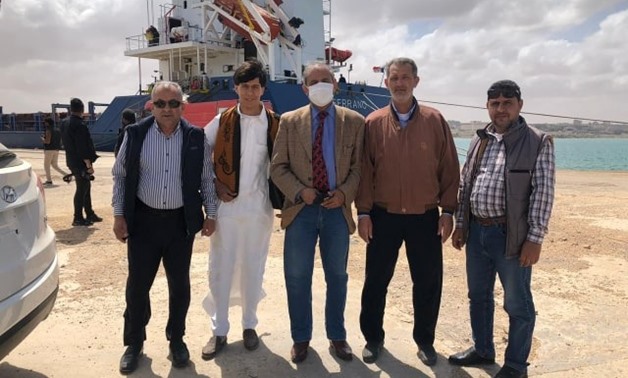 Since Egypt was offered a lot of help in this coronavirus pandemic, it is always important to give back and care for other countries as well. With that said, Egypt has sent 44 containers filled with detergents to Libya through a shipping line.

Chairman of the Egyptian-Libyan Business Chamber ,Ibrahim al-Garary, graciously claimed that they are happy with the donation and contribution and that the shipping line was between Damietta Port and Tobruk Port.

The Libyan’s had communicated with the Egyptians in hopes of introducing a shipping lines that will connect both countries so as Egypt will be capable of sending the supplies to help Libya fight this coronavirus outbreak. Up until this Friday, Libya has determined 24 infections in the country.

President Abdel Fatah al Sisi had directed and supervised Egyptian armed forces that had been sent to Italy on the 4th of April with two military jets that were carrying several things such as sanitizers, detergents, medical equipment, and protective suits.

Hala Zayed, the Minister of Health and Population had safely arrived in Italy yesterday evening and was accompanied by the Egyptian Military delegation in hopes of delivering medical supplies as well as aid.

Egypt has been striving to help Italy, Libya, China, and all the countries that are in need of help, aid, safety, and reinforcements. In rough times like these, we all need the help we could get.

Egypt has done marvelous acts of kindness and have even added statements on the packages sent to the Italians that is written “From the Egyptian people to the Italian people” in both Arabic and Italian. This gesture was well received and the Italian citizens were happy with the contribution.