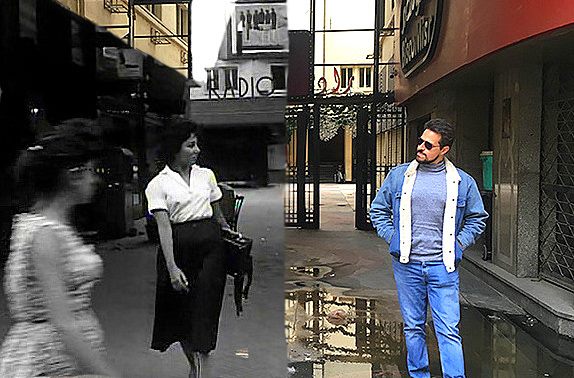 Egyptian artist Mac Toot pays homage to the Golden age of Egyptian Cinema through his new photography project. The artist obviously has a soft spot for old Egyptian films and has decided to grace us with these photographs that were taken at the exact same sites that his favorite cinematic shots were taken. Not only that, but the artist also photoshops the actual shot (with himself in the picture) into the new one (with the original actors). So, if you’re down for a nostalgic ride full of reminiscing and sentimentality, by all means, SCROLL DOWN: