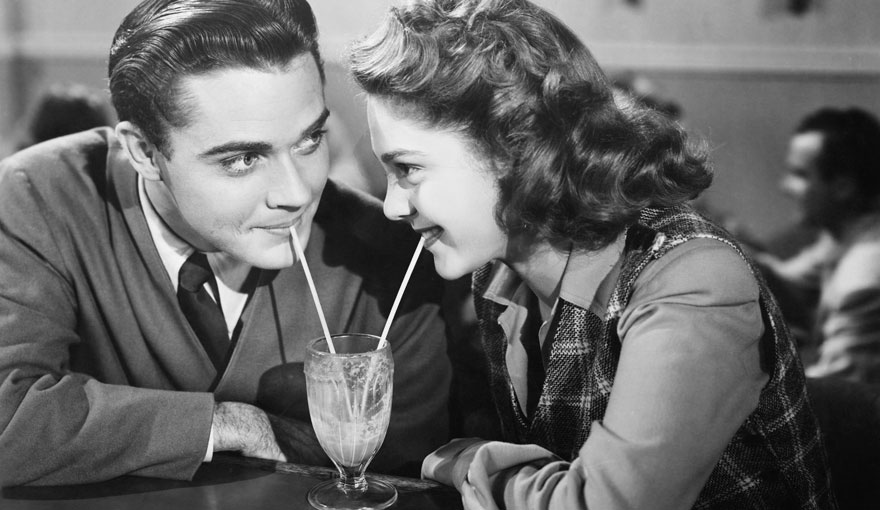 Today, ladies and gents of the 21st century, I’ve gathered up a pretty interesting photo album that dates back to 1938. The album consists of a string of the most important dating advice that you’ll ever come across. Trust me, you will crack up when you dig through this abomination of an album. So, powder your nose and tighten up your corsets because gals, your men are gonna be wowed after you apply the following:

Yes, Susan. Don’t drink because it dumbs you down even more. Order coke, it’s safer. Nope, not the white kind.

Come’on, Susan! You know how fragile his masculinity must be, don’t push it! Men hate being touched.

I once talked to my date about a backpack that I’d just bought, and it surely didn’t end well…because of the backpack thing, of course. Now, I start conversations by asking about his car engine or about his testosterone levels.

Susan, I told you before! “Man” needs his mirror badly. “Man” hurts “neck” when “man” looks behind.

Notice how they wrote “Men” followed by “Girls” like being a “woman” wasn’t even a thing.

Sorry to be the one to break it down to you, Rosa but Ralph left you because you liked crossing your legs. Besides, you never laughed at his terrible jokes. And the gum thing at the diner was just too much for his grown ass to take.

.
Basically, avoid anything that has a wiener. Let him speak on behalf of the both of you because f*ck common sense.