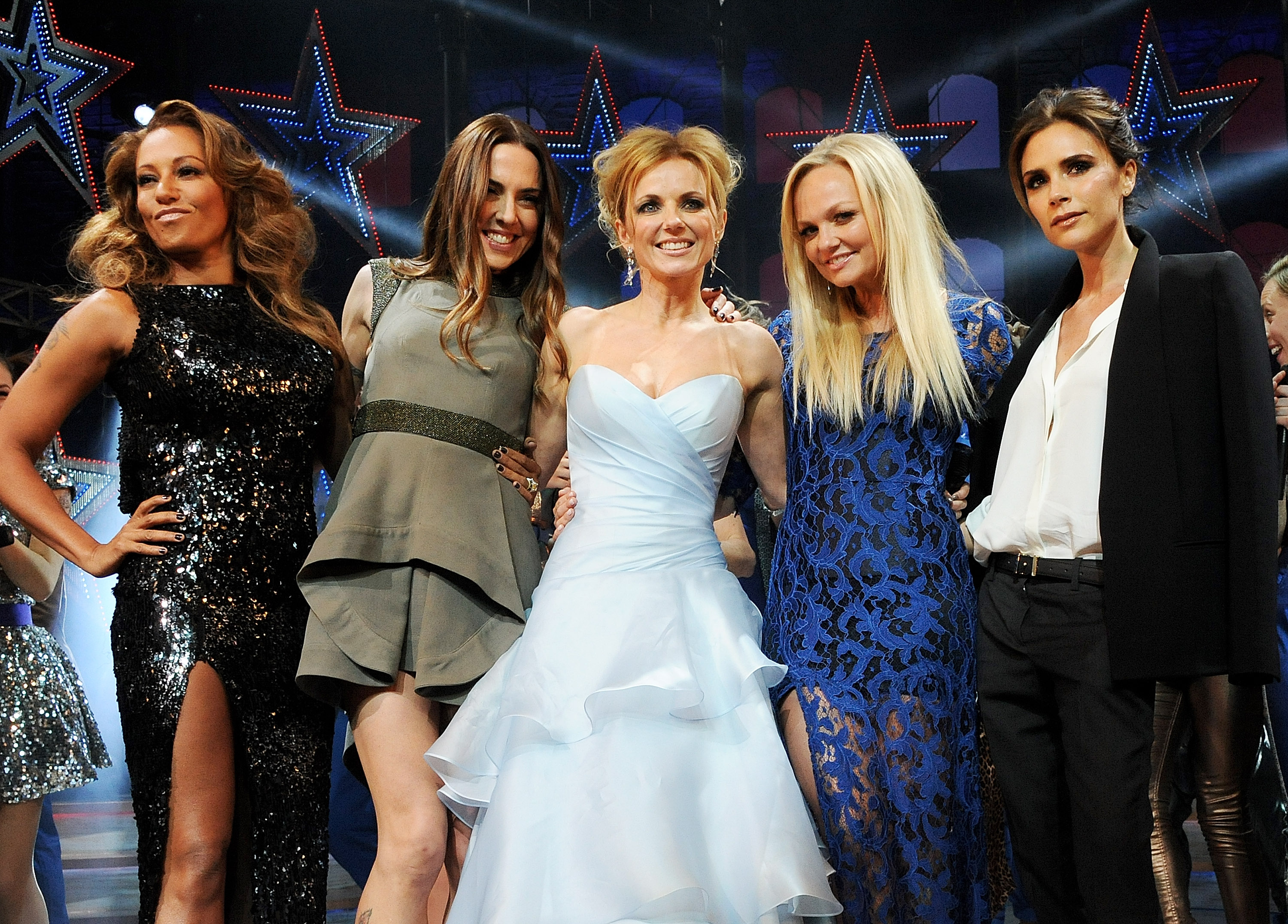 And finally, the reunion you’ve been waiting for is finally here! All former members of the legendary Pop Group, YASS, ALL MEMBERS are set to attend the royal wedding this Saturday, May 19th and it’s confirmed!

Among the 600 official wedding invitations that have been sent out, exactly five invitations were received by Victoria Beckham, Melanie C, Geri Halliwell, Emma Bunton & Mel B. “All of the guests were also invited to Queen Elizabeth II’s celebratory reception at St. George’s Hall at Windsor Castle, but only about 200 friends and family members will go on to the second, private reception at Frogmore House hosted by Harry’s father, Prince Charles.” according to Us Weekly Magazine.

Unfortunately, however, it’s been confirmed that the group will not be performing at the wedding. Can you imagine that The Spice Girls movie actually came out 20 years ago?! So, what have our girls been up to since the split of the most iconic 90s band? Let’s take a look:

Besides being married to David Beckham, Victoria found her true passion when she decided to delve into fashion after calling it quits on her solo career in 2004. After all, Posh Spice wasn’t really known for her singing abilities, but more for her attitude and her style. Victoria is now one of the most celebrated designers of our time.

Geri was the first member to leave the group in 1998, 2 years before the band officially came to an end. From there on, the former Spice Girl decided to pursue a solo career, which resulted in the world being introduced to her most famous hit It’s Raining Men. The singer took a long break from singing in 2005 until last year, when her fourth album was leaked online.

Emma also pursued a solo career after the group split in 2000, however, the singer didn’t really find success again until she took the decision to quit singing and start working in Television and Radio. Emma was a recurring character in the hit comedy series Absolutely Fabulous from 2003 till 2012. She now hosts the breakfast show on the Heart London radio station.

Like her former bandmates, Melanie also tried to carve out a solo career but is currently best known for her TV work. The singer worked on famous shows like The X Factor, Dancing With the Stars, America’s Got Talent and The Voice Kids. Scary Spice was also once married to Eddie Murphy.

While all members of the Spice Girls went on to pursue solo careers after the band came to an end, Mel C was the one who managed to become the most successful out of the 5. The singer launched her solo career with the international hot song When You’re Gone with Bryan Adams. Since then, the singer went on to sell over 20 million records, including co-writing 11 UK number 1 singles. Mel C is the only female performer to top the charts as a solo artist, as part of a duo, quartet and quintet.