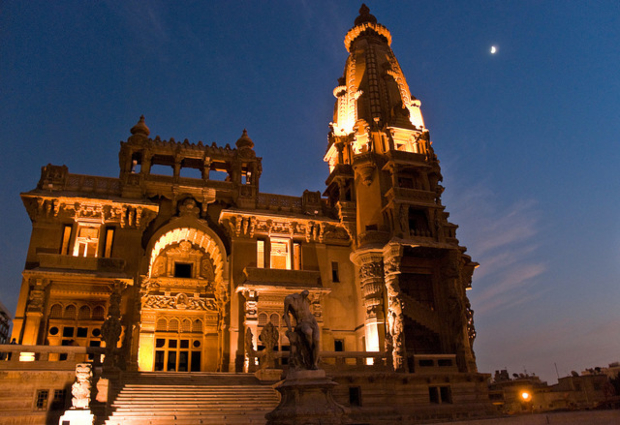 The wait is almost over. The Palace of Baron Empain located in Helioplois, Orouba street is a well-known landmark in Egypt. It has been a long waited dream to renovate the Palace and finally put it to use. The plan to renovate had began approximately years ago, and today, the palace is filled with workers fully equipped to add the final touches to the restoration plan. A grand opening is set in motion for the month of February, where it is still being decided as to whether it will reopen as a Boutique hotel or a culture center which they could use as a library.

President Abd el Fattah el Sisi fully funded both the Arab Contractors as well as the Armed forces with around 100million Egyptian Pounds, hoping to recreate a landmark that is bound to be used as a touristic site thus increasing the Egyptian tourism.

Prior to restoring and renovating the Palace, thorough planning and researching was conducted by retrieving photographic images and architectural documentation so as to make sure that the procedure will go smoothly and to see if the Baron Palace is capable of undergoing such a renovation due to its ancient architectural and archeological groundings.

It is said that the ministry is in collaboration with the Belgian Embassy located in Egypt in hopes of commencing a cultural center ,which is an efficient way of using new public diplomacy to promote our country’s culture. The Baron palace will also highlight the history of Heliopolis which is why President Abd el Fattah has high hopes for this new found project.

The grand opening will include as well as display ancient artifacts such as telephones, archival maps, drawings, and much more from centuries ago. It will also aim to enrich our Egyptian citizens with the ancient suburban inhabitants.

Another monumental ancient artifact, the 1910 Heliopolis tramway, has already been replaced by the new metro line to make it even more convenient for people to roam around and visit the infamous Baron Palace. On the other hand, to preserve the history of the place, an old wagon from the tramway was restored and is ready to be displayed in the gardens of the palace.

With that said, the Egyptian citizen are promised a one of a kind reopening and are ready to boost the countries tourism.

All the Lit Concerts Happening This February