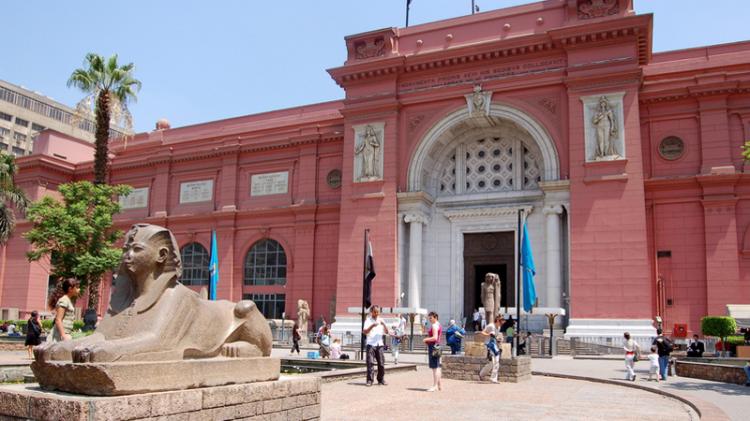 The Egyptian Museum (in Tahrir Square) is organizing an exhibition for the artifacts that were discovered in Tuna El-Gabal, the necropolis of Khmun (Hermopolis Magna), which is located in Al-Minya Governorate.

This discovery had taken place a while ago, whereas a number of mommies were discovered at Tuna El-Gebal site in Minya, south of Cairo. The ministry of Antiquities indicated that the tomb that they have uncovered, housed 50 mummies that date back to the Ptolemaic Era, which began after the death of Alexander the Great.

One of the monument discovered in the area is the Boundary Stelae of Akhenaten, and it is one of the most fragile artifact and thus is encased in glass. Which will make it hard to be seen properly, but preserving it in such a way is a must; in order to protect it from any further deterioration.

Word has it, that the exhibition will include a collection of precious alabaster statues, in addition to a number of statues of the goddess Sekhmet, pottery vessels, and other sculptures. Also, based on a word from the Director of the Egyptian Museum, Mohamed Ali, the exhibition is set to showcase the discoveries of the French-Italian mission delegation. The mission that was launched earlier this year in February, by Khaled Al-Anani, Minister of Antiques and is set for completion by hopefully the 4th of April.

The Egyptian Museum is offering you the chance to see more of what Egypt’s history is yet to offer, and the amazing findings that lay beneath us and are still being discovered. So make sure you attend this one, to extend your knowledge on the Egyptian culture.

The exhibition is scheduled for April, but an official date is yet to be announced very soon.

What follows are some of Tuna El-Gabal’s discoveries:

French Montana To Perform In Egypt On April 12th