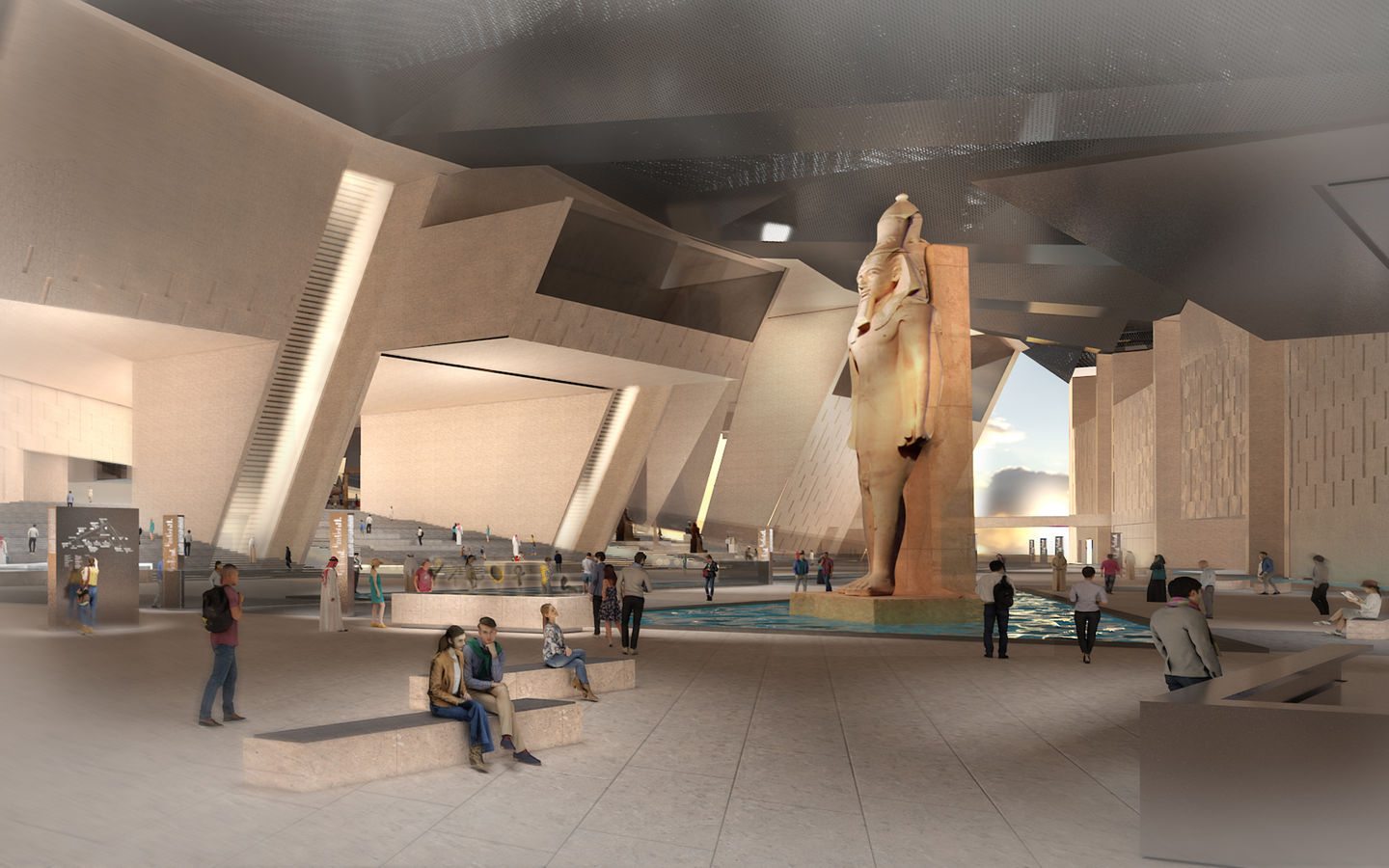 Rania Al-Mashat, Egypt’s Minister of Tourism, announced on Tuesday that the Grand Egyptian Museum will be inaugurated in 2020’s last quarter.

The minister made the announcement during her participation in the Arabian Travel Market, the travel and tourism event, which is organized annually in Dubai. It makes a great place for connecting with global network of decision makers, executives and focuses on the Middle East inbound and outbound travel.

The event was held last Sunday on April 27 and ended today, and the minister’s participation in such an event is part of the Ministry’s strategy and plan to attract more tourists from Arab countries to Egypt.

The Grand Egyptian Museum is considered to be one of the biggest archaeological museums worldwide; seeing how thousands of Egypt’s artifacts are to be displayed in the museum.

So far, a number of 100,000 artifacts from various periods of Egypt’s rich long history are being restored in one of the 19 restoration labs that are inside of the museum; thus making it the largest restoration center in the entire world.

Furthermore, the Grand Museum will include artifact documentation units, some of which date back to the pre-Pharaonic dynasties era (pre-family era).

The construction began back in May 2005 costing around $1.100 billion, and the wait is officially almost over. The museum is expected to attract a number of tourist from across the world; thus benefiting the country’s economy.

Related Topics:ArtifactsEgyptFeaturedGrand Egyptian Museum
Up Next

What You Need to Know About Egypt’s GEM