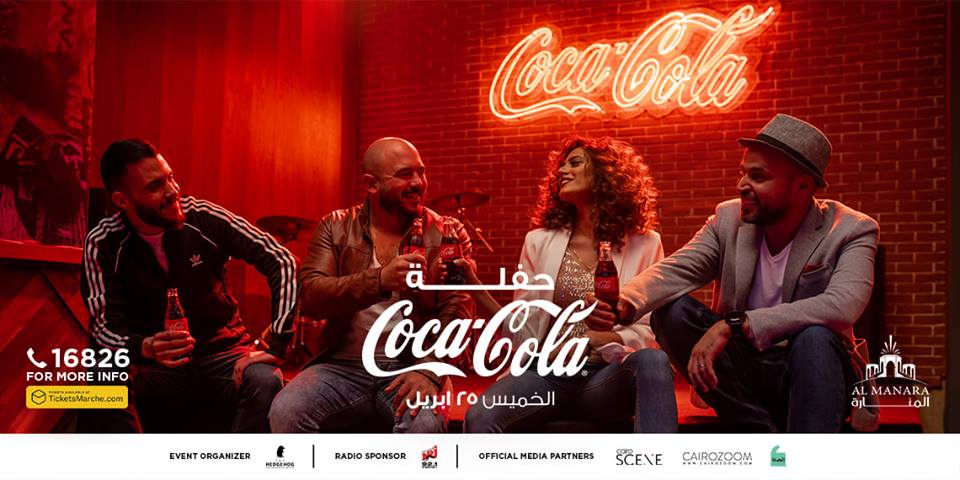 After the release of the Coca-Cola ad that asked people how they call their Cola, the soda company is blessing our weekend with a concert for all the stars who were featured in the commercial!

We were already moved, at watching the stars all together in one ad, and now it just got even better with a Coca-Cola concert! That will be held on Thursday, the 25th of April at Al-Manara.

The Line-up is as follows:

Now, what’s a better way to release the stress of the week than to attend a concert for all these stars?

Coca-Cola made the event extra special by giving away free tickets, to those who found a code on their bottle’s cap! If you are one of those lucky people, then click here to redeem your invitation. Or call 16826, For more details on how to receive your invitations.

If you weren’t so lucky, no worries, because the ticket prices start from only 200 LE, so hurry up and book yours now, through clicking here.