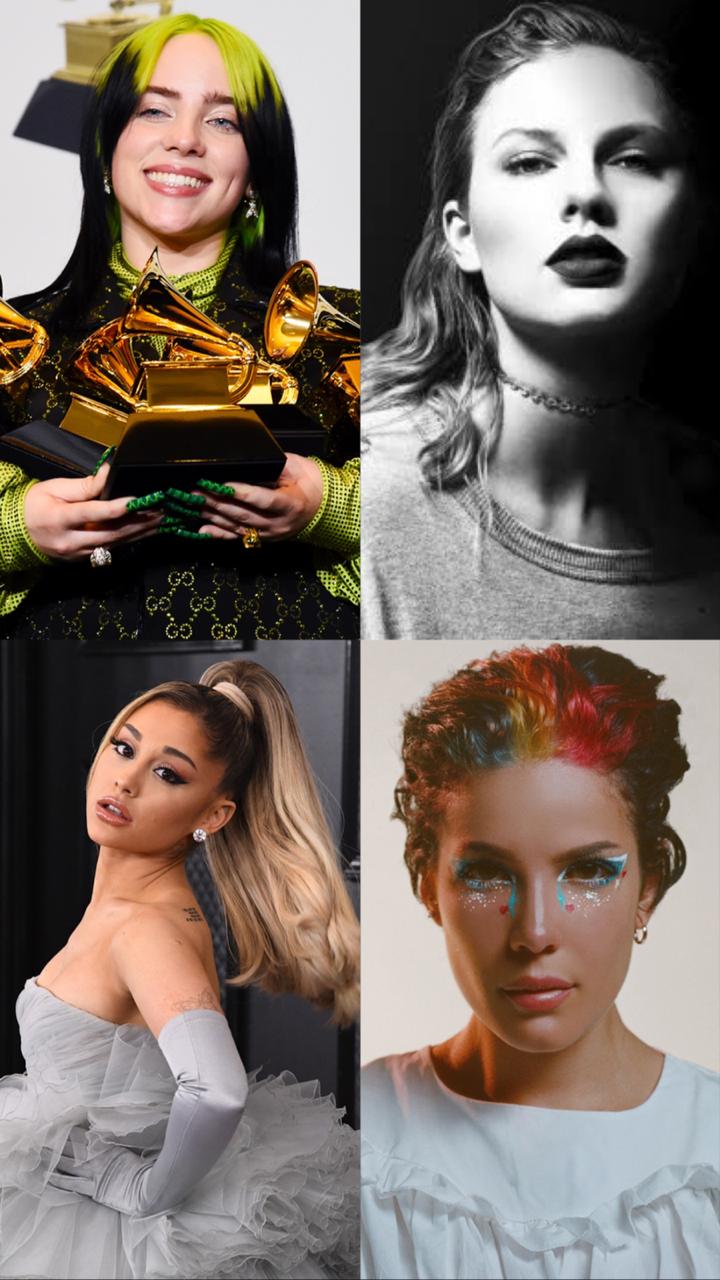 March is all about female empowerment and this month, Spotify is celebrating female voices in honor of International Women’s Day with a list of top 10 most-streamed female artists.

Coming in the first spot is Billie Eilish and it comes as no surprise at all! She is not only among female these female artists but she’s also the top overall this year, according to date from January 1 to March 1.

With more than 10.3 billion all-time streams and more than 60 million monthly listeners, Eilish comes as a true inspiration for all the young women! Her song “bad guy” has over 1.2 billion streams, and she is just also just released the new James Bond theme song “No Time To Die.”

Taylor Swift made it second to the list followed by Ariana Grande, Halsey, and Camila Cabello.

Surprisingly, Selena Gomez, Dua Lipa, Nicki Minaj, Karol G, and Tones and I all rounded out of the list.

The list also included the most popular female-hosted podcasts on the platform. In first place is ‘My Favorite Murder’ from comedians Karen Kilgariff and Georgia Hardstark, followed by Crime Junkie from Ashley Flowers and Brit Prawat. 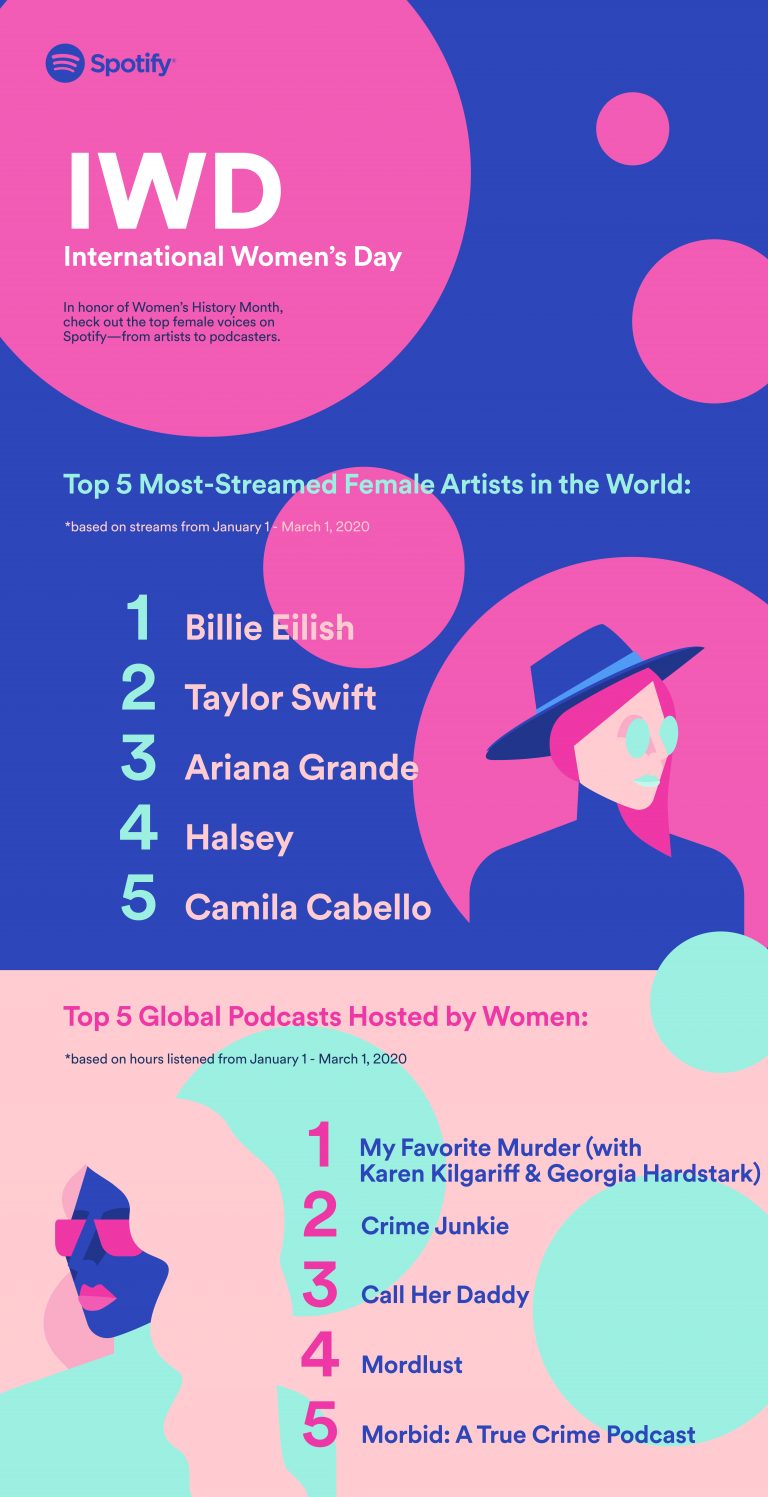 Spotify will also reveal on March 8th a new Women’s History Month hub, that will include all-female tracks, playlists and podcasts.

Adel Emam is definitely still on top of his game and this Ramadan, the legendary actor is blessing us with another light comedy show which is exactly what we need amidst all the panic we have been through. It’s the treat we have all been waiting for!

In the show, Emam plays the role of an international school’s owner named Nour Abdel Mageed AKA Valentino, who lives with his strict and somewhat gloomy wife.

Directed by the talented Ramy Emam, the series follows the life of this fun family and the daily struggles of Adel Emam with his wife (Dalal Abdel Aziz), who is also the headmistress of their schools and the boss at home.

The show is also starring the young faces, Huda El Mufti, Amr Wahba, Tarek El Ebiary and Mohamed Kilany. A nice addition to the show as each character has something unique about it that stands out.

Tell us what you think of the show if you’re already tuning in and if you aren’t, you certainly should! After all, this kind of light family drama is what helps get through the day.

“Valantino” screens exclusively on Watch It, in addition to CBC, DMC and ON TV channels.

Hetet Hekaya: Artists and Filmmakers Come Together to Entertain us In A Creative Way!

This quarantine made us appreciate the power of collaboration and how together can truly achieve greatness. And that’s how ‘Hetet Hekaya’ came to life.

It’s a product of dedication and creativity by our favorite filmmakers and artists, who are always looking for ways to keep us entertained.

4 episodes and we still have no clue on how it’s going to end ! #stayhome #staysafe #حتةحكاية #رمضان_كريم

An initiative aiming purely at entertaining and inspiring people, ‘Hetet Hekaya’ captures the essence of collaboration through a 30-episode story simply executed to unravel throughout the holy month of Ramadan by our favorite celebrities, artists, writers, content creators and filmmakers.

The story itself revolves around a group of employees working in a hyper market, yet in the middle of this restless job they are looking for an artistic alternative to their mechanic and boring current job, one that might bring them closer or not, but most
important it’s a collaborative one.

The first ‘Hekaya’ is told by the exceptional and ‘Hetet Hekaya’ enthusiast, Tamer Habib. And everyday a different celebrity will tell us their ‘Hekaya’.

It’s also worth mentioning that the initiative is not branded, non sponsored and non profitable. Creators, celebrities and partners are coming together purely to help keep the public entertained.

It’s just a result of a number of artists doing what they love the most! Creating art with a message and aim to entertain.

This great initiative is brought to you by Random Content, in partnership with:
-Musiq
-Ginger TM
-The Producers
-Hama Film Productions
-Grasp Studios
-The Carousel World

In light of everything that’s been going on in Egypt, people have been stuck at home for the time being trying to make use of their time. The Coronavirus has taken a big toll on us Egyptians by basically banning us from doing anything for safety precautions.

Some people are taking the situation lately and still going out while others are respectfully trying to keep calm and safe by staying at home. Staying at home is not a punishment but rather a way to keep everyone safe. What we’ve known so far about the virus is that it infects people who have a very low immunity system as well as older people.

With that said, it is important to stay at home to ensure the safety of your family, your loved ones, and lastly yourself. You wouldn’t want to be the reason someone you care for gets very sick all because you were impatient to wait this out at home.

Which is why, we are proud of the Egyptian celebrities who have been handling matters pretty maturely. Since celebrities and major figures are usually the people we tend to follow, they took it to their liberty to raise major awareness to their followers by telling them why it’s crucial to stay at home and follow the rules. Some are even promoting for Resala because they’re gathering funds to pay for people who are less fortunate and who are getting affected badly by the coronavirus quarantine.

Not just that, but some people like well known directors have been encouraging people to use their time wisely at home. Some even said that you don’t need to do something major or out of the ordinary by becoming a perfect artist in one day or doing anything extravagant, you could just spend your time relaxing or maybe doing nothing, whatever floats your boat.

Your favorite comedian spent his time creating something out of absolutely nothing. Now this is by far our favor quarantine post!

There you have it, this is Mohamed’s way of reminding you not to forget to spray yourself with alcohol. Funniest thing yet is that he did it through the top trending Coronavirus application, TikTok. Spritz spritz!

Our one and only Tunisian actress loved by all has done a video telling people how important it is to follow protocols and stay at home in order to keep everyone safe by spending it at home.

Hetet Hekaya: Artists and Filmmakers Come Together to Entertain us In A Creative Way!