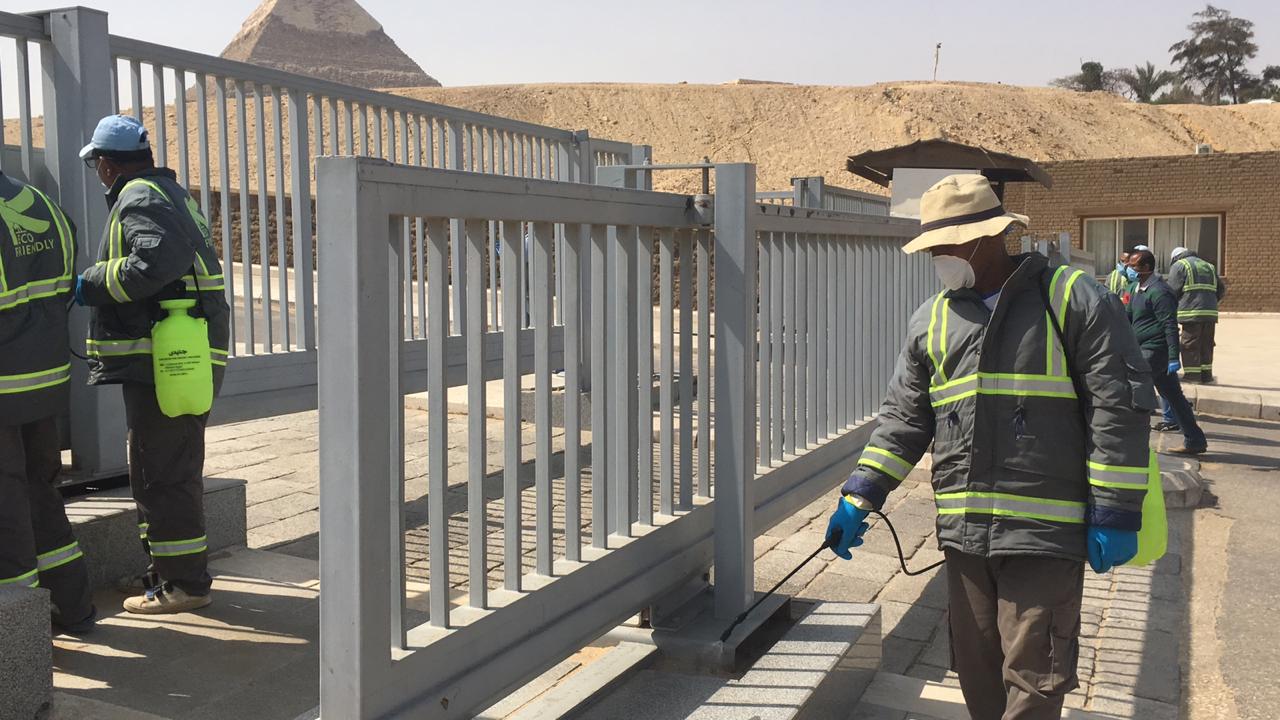 Amidst the Coronavirus, precautions have been taken to help sterilize the entire country section by section as thorough as possible in order to leave every place clean and safe for people to visit.

The government had sterilized the Museum and various other important locations. Yesterday though, the Ministry of Tourism and Antiquities commenced the sterilization of the Pyramids in hopes of preventing COVID-19 from spreading.

Ashraf Mohieddin, the Director General of the Pyramids claimed that procedure do to sterilize the Pyramids was in accordance with international standars. This means that they are using materials that have been approved by the Ministry of Health and Population itself.

The X-Ray devices, Reception Hall, Tickets Office, Toilets, and other places have all been thoroughly sterilized. Even the entire archaeological cent as well as the roads leading to it were all sterilized.
It has been stressed out by Mohieddin that all of the workers have been provided with tools to protect themselves amidst cleaning out the virus such as masks, disinfectants, gloves, and more. He also stated that they are at the last stage of the process and are sterilizing the last region.

Mohieddin had also explained and clarified that the number of workers have been reduced as a part of the instructions given to them by the government. This has been done to limit gatherings in hopes of confronting the rabid virus correctly. The rest of the downtime period will be used wisely by proceeding with restoration as well as maintenance to be capable of receiving visitors after the virus is over.

Other areas that have already finished sterilization are Zamalek, Abbasiya, and Giza. They already began work on sterilizing the Tourism Promotion Authority in all governorates. Step by step, we’re almost there!

The Ministry of Health and Population has advised that the process of sterilization should be to clean places as well as surfaces on a day to day basis to fully ensure the safety of the workers and visitors. The employees working there are even provided with masks, disinfectants, and gloves.

How Nuclear Energy is A Game Changer for COVID-19