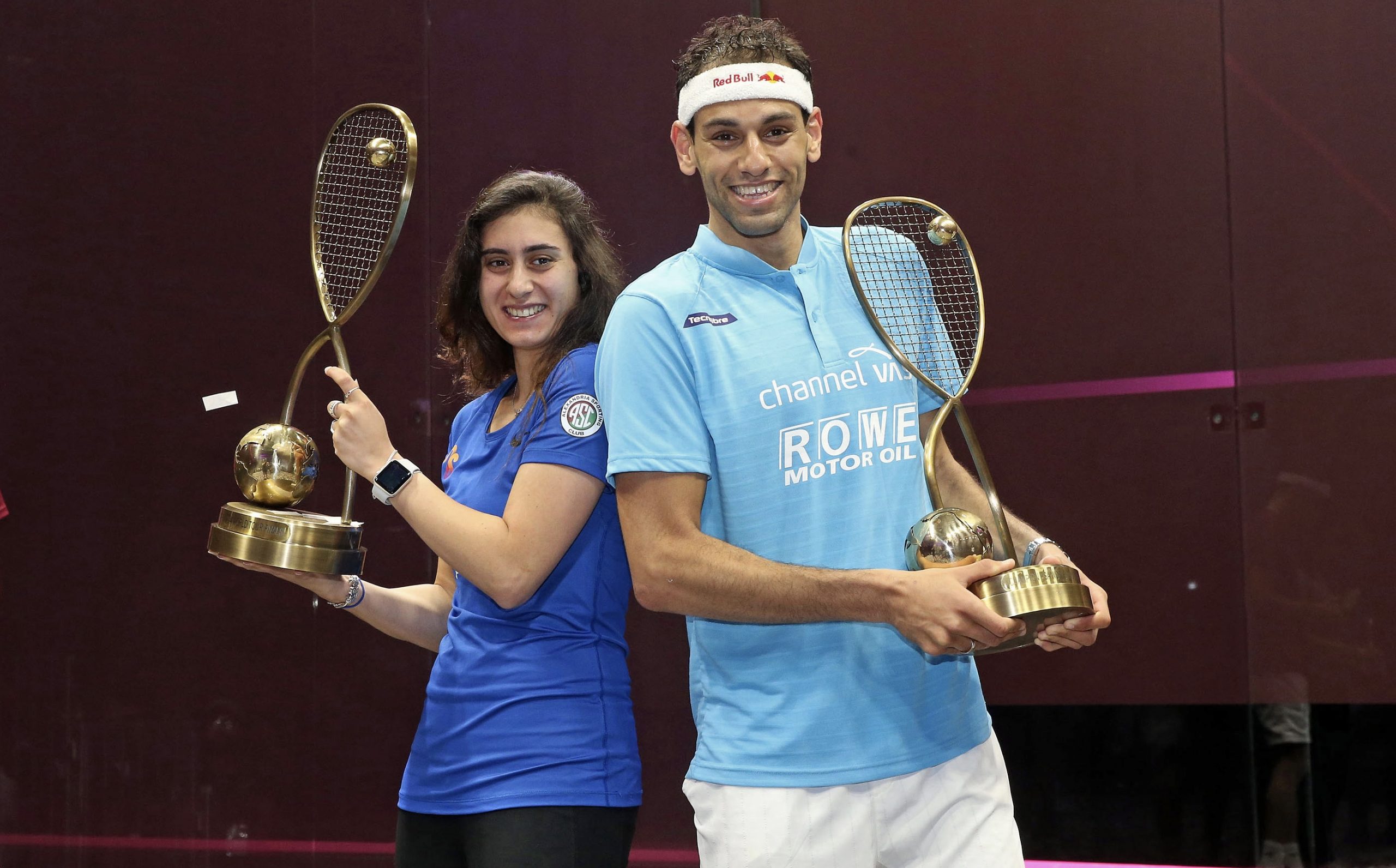 Once again, Egyptians quash players Mohamed El-Shorbady and Nour El Sherbini bring us joy and pride as they have been the Professional Squash Association (PSA) players of the year for the 2019-2020 season.

The players landed this honorable position after being chosen by a combination of votes from both the PSA Awards Committee and fans on the PSA World Tour website.

Thanks a lot to PSA and the people who voted.This season has been an incredible journey yet again. There are no secrets to my journey, only based on hard work,commitment and sacrifice.The process is always exciting and can’t wait to learn more about myself next season. #BeastMode pic.twitter.com/WfP2pxms9x

El-Shorbagy secured the men’s award for the fourth time in his career after a fruitful season that saw him collect four PSA World Tour titles, including winning the JP Morgan Tournament of Champions crown.

Meanwhile, El Sherbini was named the winner of the women’s award for the third time, after winning two PSA World Tour titles and reaching the final of all four tournaments that she competed in.

The award is voted for by PSA players and is presented to the players who best demonstrated true sportsmanship during the season.

We’re very proud of both players who just keep making us proud and honored to have such talents.

Italians to Resume Matches in Late May 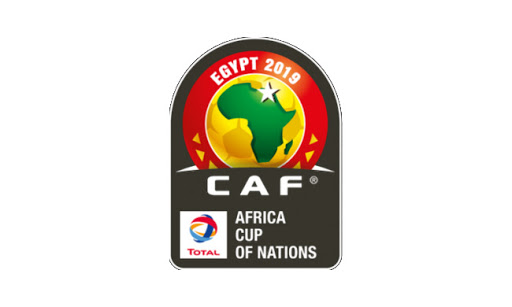 The confederation of African Football just announced yesterday the postponement of the Africa Cup of Nations until 2022, which was scheduled in 2021.

“After consultation with stakeholders and taking into consideration the current global situation, the tournament has been rescheduled for January 2022. The date for the final tournament and the remaining matches of the qualifiers will be communicated in due course,” a statement read on the CAF website.

The CAF executive committee held a meeting on Tuesday to discuss the fate of the competition amid the outbreak of the virus.

“This decision was taken due to the uncertainties about the coronavirus health situation and especially because of the scheduling problems since four rounds of qualifiers would need to be fitted into the October and November windows for international matches,” CAF President Ahmad Ahmad told a news conference after the meeting.

The Nations Cup was supposed to be held next January in Cameroon, but given that the CAF has postponed three rounds of qualifiers already, the fate of the tournament has become unclear.

All continental sports activities have also been suspended since March due to the pandemic, including the CAF Champions League and the CAF Confederation Cup, which were originally scheduled to be played on 1 May.

We are sure a lot of football enthusiasts are disappointed by the news, but it’s for the best as safety of players and the audience come first.

What You Need To Know About Sports’ Resumption 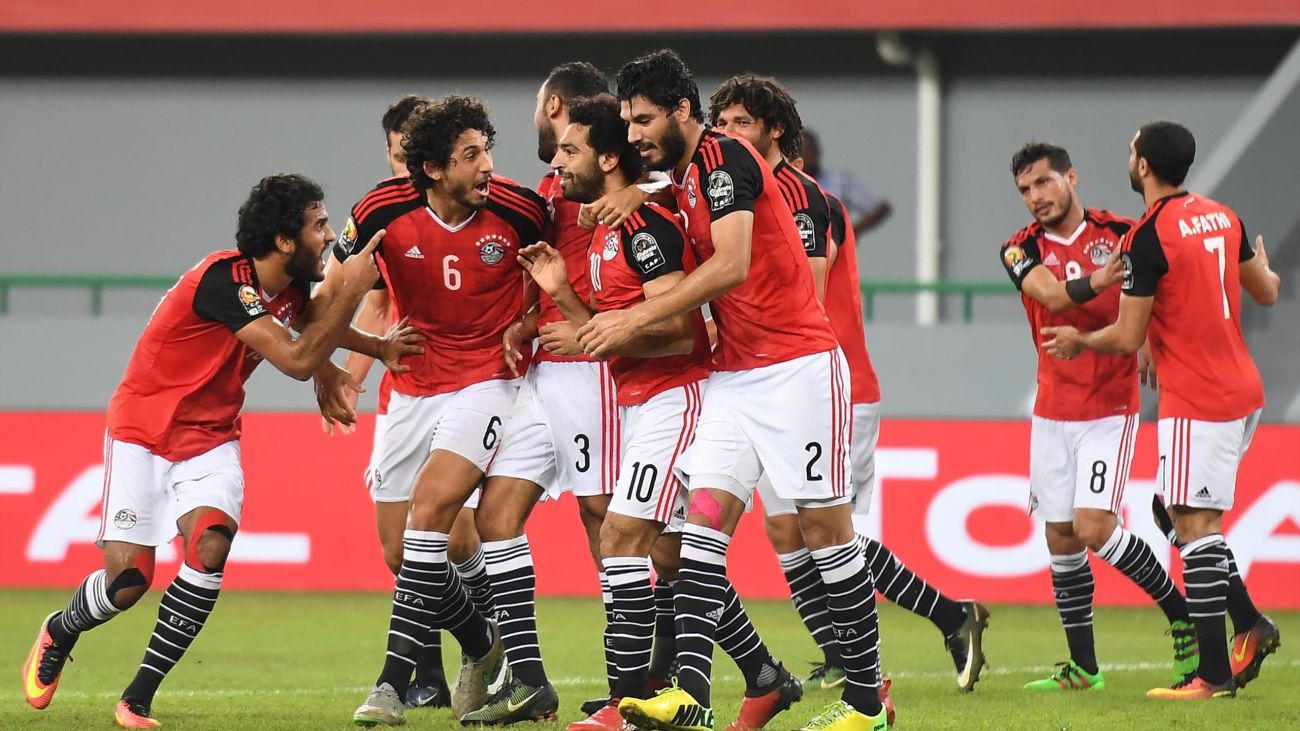 Egypt’s Minister of Sports and Youth Ashraf Sobhi has confirmed once again that all sports competitions in Egypt will be carried out according to a cabinet decision, including the domestic handball league.

After suspending sports activities for months due to the outbreak of the coronavirus pandemic, the government has announced the resumption of all sports’ activities and that teams resume training starting June 20th.

Here’s what we know so far about the sports’ activities that are making a return!

Zamalek club said on Wednesday that they will not be taking part in the Egyptian Premier League, when it resumes in late July, citing concerns over the spread of the coronavirus.

The Egyptian Handball Association also announced last week that the league will be cancelled due to the coronavirus pandemic, and that the new season will start in August.

“The decision of of Handball Association to cancel the current season was suspended, as association boss Hassan Mostafa told us that canceling the league could affect organizing for the World Cup,” Sobhi said.

Egypt is scheduled to host the 2021 World Men’s Handball Championship from 14 to 31 January 2021. The tournament will be the first handball championship, with 32 teams instead of 24. 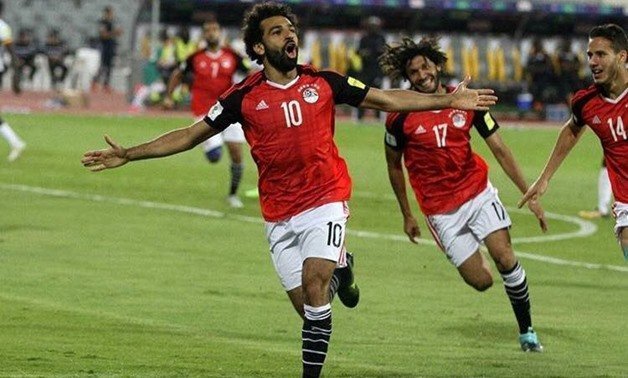 As of today, all players and club staff will undergo PCR tests ahead of the return of sporting activities, according to a statement issued by the Egyptian Football Association (EFA).

The decision finally comes after the Egyptian football has been halted since 14 March as the total number of COVID-19 cases reached more than 50,000 cases.

But after a halt that lasted months, the Minister of Youth and Sports, Ashraf Sobhi, just recently announced that the Egyptian Premier League would start July 25th with teams returning to training this month.

Which brings us to the decision that all players must undergo PCR test twice, with at least five days separating each test while also explaining that positive results will be disclosed privately in order to respect the player’s privacy.

These tests will begin today to ensure that they all return back to the field safely.

The decision was also influenced by several clubs who asked for the test and to begin testing as early as possible, in order to guarantee a safe return.