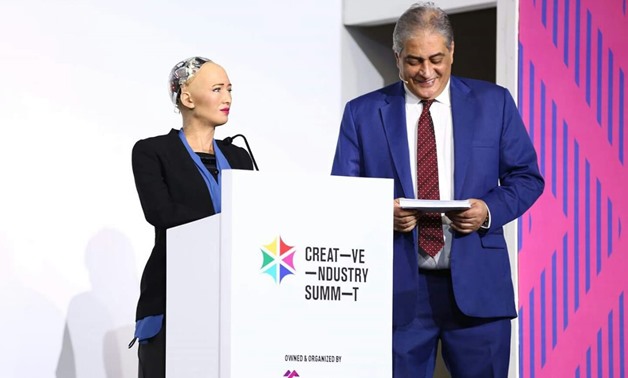 Everyone was head over heels for meeting the famous talking robot Sofia. First Sofia was interviewed by renowned TV Presenter Osama Kamal, then it got engaged in various conversations and took many selfies! Sofia’s presence opened discussion on Artificial Intelligence in how it’s excelling rapidly and how much potentials it has in the future. (Sofia is expected to be interviewed by the famous Abla Fahita on the second day of the summit).

Mark Zuckerberg Testimony Before the Congress: The Highlights