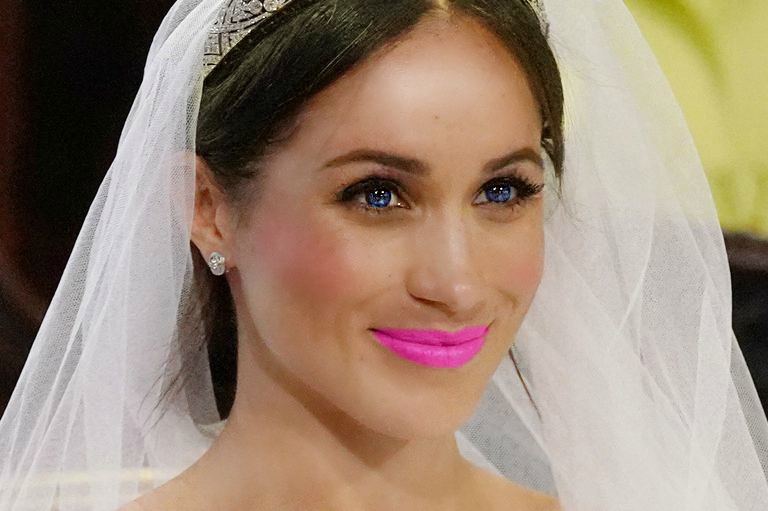 Ever since the royal wedding took place last Saturday, people have been yap yapping on and on about Meghan Markle’s dress and makeup. People have been throwing around all kinds of comments and shade, starting from pointing out that the dress needed another “fitting”, the way pop star Katy Perry put it, to comments about the hair and makeup being too simple and minimal for someone’s wedding day.

Of course, Egyptians wouldn’t let it! A woman on Facebook went so far as to comment on the Duchess of Sussex’s photo, writing “Eih el fostan el mafihoosh wala haga betelma3 dah?!” You get the image.

That wasn’t the end of it, Egyptians even took Meghan Markle’s wedding photo and photoshopped her makeup:

With the Egyptian touch

The photo is as nauseating as it is funny. But here’s what you didn’t anticipate: Vogue.com released a list of the royal wedding budget breakdown, yep, you heard it right! So, Arabs, are you ready to know how much the Duchess’s makeup really cost? You asked for it:

Yes, indeed this is a royal middle finger given to just about everyone who mocked the Meghan’s hair and makeup 🙂