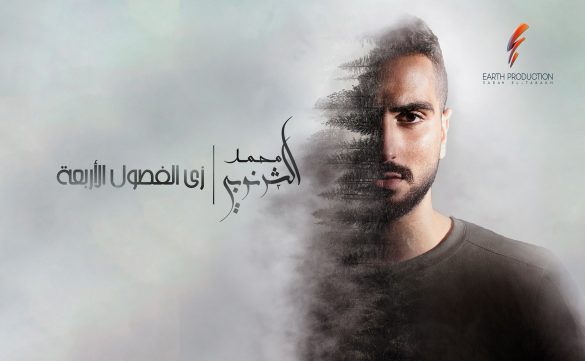 Earth Production Company just released on Monday Sharnouby’s first album “Zay el-Fesool el-Arbaa”, and it is already creating a huge buzz around it.

The album follows the huge success of his recently released single ‘El-Nafseya’, which reached millions of views in a very short while. The song is composed by Mohamed Yehia and written by poet Ayman Bahgat Qamar.

The album has 10 songs that were done in cooperation with a number of well-known composers such as Tamer Aly, Yehia Youssef, Tamim, Mohamed Yehia, Ehab Abdel Wahed, Osama el Hady, Yehia Haky and other significant song writers including Amir Teima, Ayman Bahgat Qamar and Tamer Hussein.

As for his acting career, Sharnouby is getting ready to join the cast of the movie “El-Mamar”, that stars the superstar Ahmed Ezz, and the direction of Sherif Arafa. The singer/ actor will be performing a number of songs in the movie; thus making it even more special.

Sharnouby started off his career back in 2008 with a role in a TV show called “Wekalet Ateya”, and then starred in the movie “El-Safah”, and his focus turned towards television ever since.

And last year witnessed many accomplishments for the star, with him being named ‘Artist of year 2018’ by Apple music, and also winning 5 awards for his role in the TV series ‘Ka’no Embarh’. The artist managed to remarkably rise in the past few years, and was able to steal the hearts of many young girls and the attention of everyone for his multi talents.

Turning the spotlight towards Asmaa and her rising star Lara