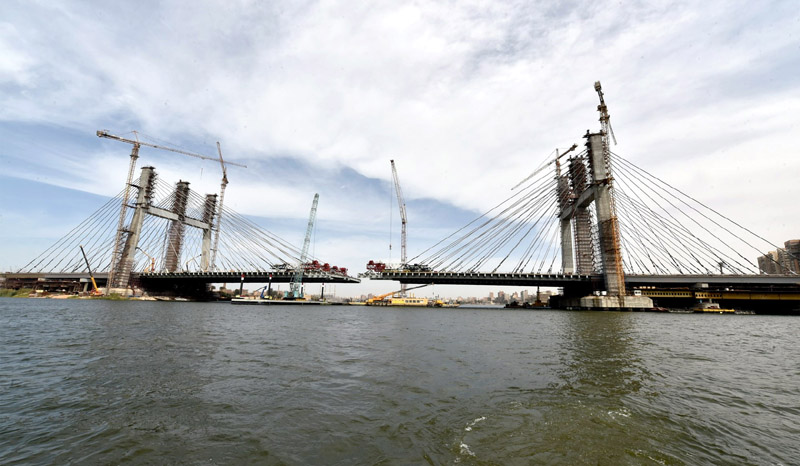 The inauguration of Rod El Farag Axis was earlier today, and the opening was held in the presence of President Abdel Fatah El Sisi. The bridge links the areas in northern and eastern Cairo with west Cairo and is meant to reduce commuting time and limit traffic.

The bridge will be parallel to the 26 July Corridor, which links 6th of October City and Sheikh Zayed City with Greater Cairo.

Egypt received a Guinness World Records’ certificate on Wednesday on Road al-Farag for being the widest suspension bridge in the world.

The news is yet to be published on the website of Guinness World Records.

Talal Omar, the Regional Director for the Guinness World Records in the MENA region handed over the certificate to Mohamed Mohsen Salah, President and CEO of Arab Contractors company.

Around 4,000 engineers, technicians and other workers have contributed in the construction of the bridge, that costs LE 5 billion ($292.7 while the second phase of the project costs LE 4 billion.

A Double Tomb Discovered Today at the Pyramids