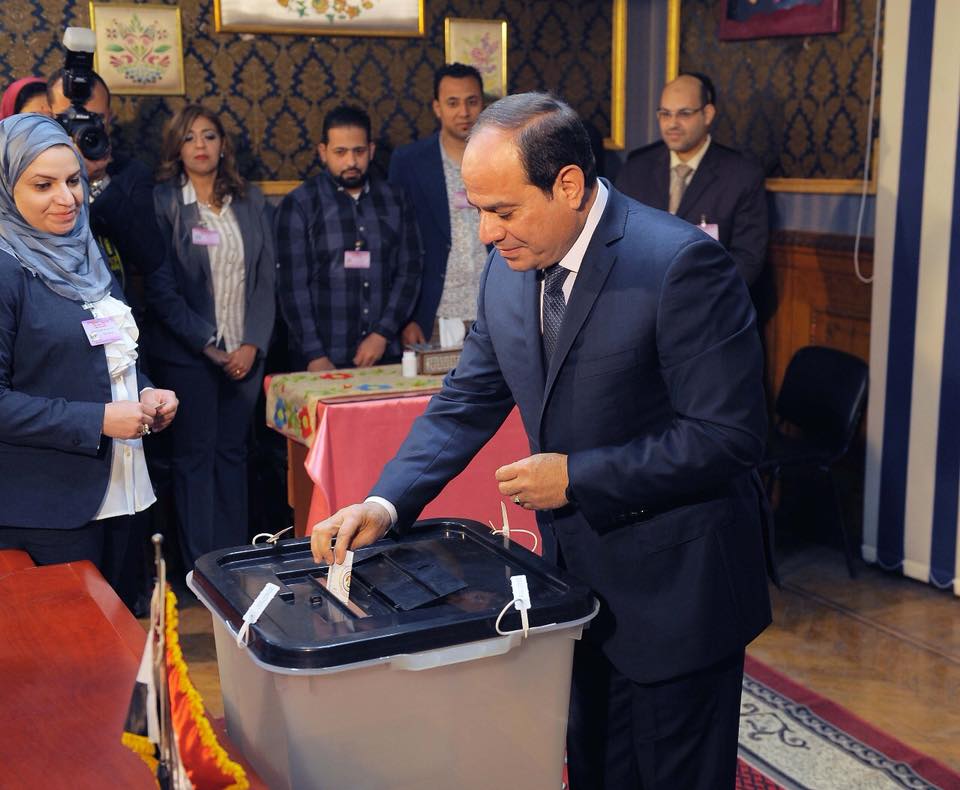 The school, that was previously a royal palace for Princess Ferial of Egypt, King Farouk’s eldest child, is also where former presidents of Egypt had cast their ballots. What’s more, the school is named after the martyr Mostafa Youssri Abou Emeira, who sacrificed his life for the sake of Egypt’s safety and security.

The 2018 Egyptian Presidential Election is taking place for 3 days all over Egypt, schools are open from early morning till night allowing citizens to cast their votes freely during the day; needless to mention that citizens above 18 are eligible to vote, except active members in the armed forces and police; eligible citizens to vote in this election are around sixty million citizens, according to the National Election Authority (NEA). There are 1410 polling places around the country, supervised by 44 general committees; not to mention that all the polling places and voting booths are incredibly secured by the police and armed forces to ensure the safety of all voters, and create a positive voting experience.

Egypt is now witnessing the third national election since the January 2011 revolution; the results of the 2018 presidential election will be announced on the second of April.

President Abdel-Fattah El-Sisi has encouraged and called for every Egyptian to go out and practice their rights by casting their votes, stating that voting in the presidential election is a national duty.