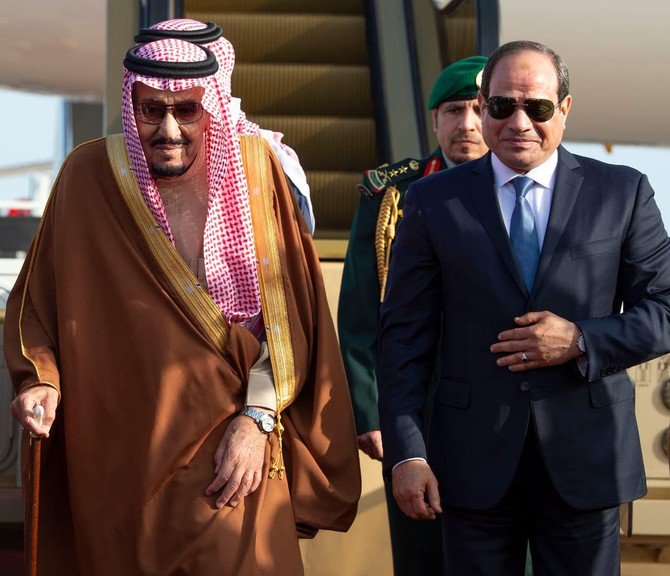 King Salman has arrived yesterday in response to El Sisi’s invitation for an official visit, on which he will be attending the EU-Arab summit.

The summit is to be held in Egypt’s Red Sea resort in Sharm El-Sheikh, and king Salman will head the Saudi delegation there.

The summit will be co-chaired by President Abdel Fatah al-Sisi and President of the European Council Donald Tusk.

Earlier, leaders from European and Arab countries have made it to Egypt, along with senior officials and a number of ambassadors of 21 Arab states and 28 European countries.

The summit will last for two days from the 24th of February till the 25th, and is considered to be the starting point for the cooperation between the EU and Arab League on strategic priorities and common challenges, that include climate change, migration and security.

More major issues are to be discussed and included in the agenda, such as the Palestinian case, economic development and the conflicts in Libya, Syria and Yemen.

The visit will also discuss the relation between Saudi Arabia and Egypt, and ways to strengthen those ties.