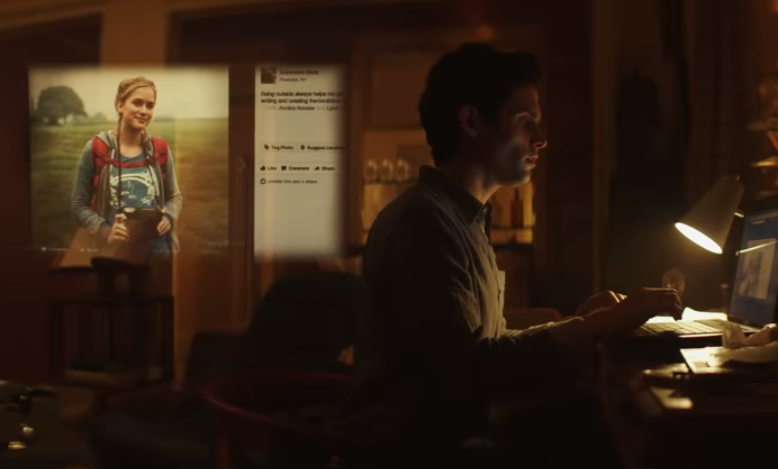 Netflix has been keeping its viewers up with a number of terrifying series, such as The Haunting of Hill House, Black Mirror’s Bandersnatch, and the movie Bird Box. All of which left the audience jaw dropped and clinging to their pillows, and now there is yet another show to be added to the list, “You.”

The story is based on a book by Caroline Kepnes and is starring Shay Mitchel, Elizabeth Lail and Penn Begdley who’s known for his role as Dan Humphrey in Gossip Girl.

The story begins with Joe, a bookstore manager, spotting the beautiful and aspiring writer Beck, and he falls in love with her. But to what extent? That is the problem.

If you begin the series without watching the trailer first, you’ll probably get the impression that it’s a rom-com.

A guy falling madly in love with a girl and going beyond everything to protect her, but when it becomes literal, that is when events take a twisted turn.

The series will leave you fearing two things, obsessive love and the internet. Those who watched the series now have a newly found respect for privacy, and would probably think twice before sharing every little detail of their lives online.

I wouldn’t want to ruin the fun for you, but it’s a must watch and I’ll just leave you with some of the comments from scared audience.

“I’ve just finished watching #YouOnNetflix and honestly? What. The. Hell. The Internet and social media is scary. I say as I’m posting on social media.”

“Not even 10 minutes into #YOU on Netflix and I’m creeped the f* out already.”

Now, it’s your turn to comment! Happy watching, and don’t forget your pillow.

Small talents’ art work make it to an exhibition in Galleria40’