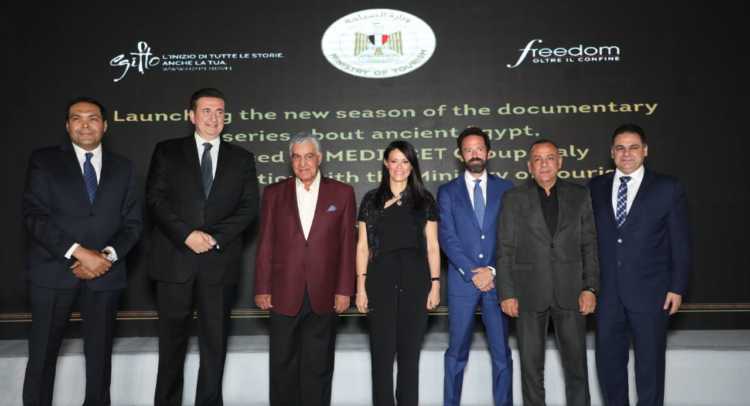 A new promotional campaign with the Italian MediaSet channels group has been launched by the Ministry of Tourism, in which a series of documentary films about Egypt will be aired.

The documentary will include top destination and attractions in Egypt, and is set to be aired on Freedom OrtleIl Confine channel.

The series will be presented by Italian presenter Roberto Giacobbo and Egyptologist Zahi Hawass.

Giacobbo is one of the well-known presenters of touristic programs in Italy.

The films will be aired on the Italian TV, in addition to the official social media pages of the General Authority for Tourism Development.

Archaeological sites of touristic significance will be included in the films.

Head of Italian Channel 4 (Rete 4), Sebastian Lombardi said that they worked with the Egyptian Ministry of Tourism “to show the beauty of Egypt and its civilization depicted in the construction of the pyramids.”

He also added that they are trying “to explore Egypt in a different and attractive way amid the momentum of its civilization.The program will talk about the Egyptian beauty and history. Tourists have a lot of expectations and interest in knowing more about Egypt’s ancient civilization.”

This marks yet another significant collaboration, after last week’s partnership with CNN. All of which aligns with the Ministry’s efforts to promote for tourism in Egypt and help revive it.

The Ministry also recognized the importance of Social Media as a marketing tool, and took advantage of it by signing agreements with bloggers to promote for Egypt as a top notch destination.

A Glimpse of Egypt’s Breathtaking Beaches

Egypt Partners with CNN to Launch a Global Tourism Campaign