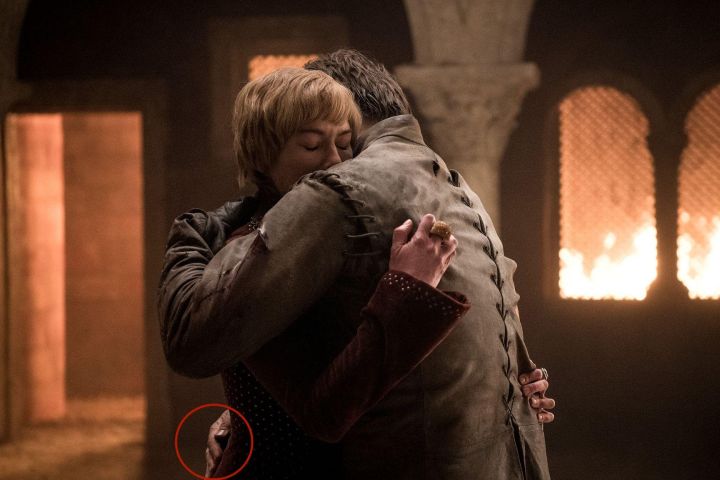 The epic eight-year journey of Game of Thrones have witnessed last night its grand closure, the huge fanbase of the show certainly has many concerns about the eighth season and they definitely have a lot of comments regarding how the show ended.

But as opinions vary regarding this matter, one thing for sure is, the show had had several mistakes that couldn’t just be left unseen! After a rogue water bottle sighting followed the appearance of a Starbucks cup, fans start to question the team behind the incredible show.

So, as we say our final goodbyes to all the Targaryens, Starks and lannisters, let’s take a look at the mistakes that were spotted by fans during this season, to help us accept the reality that there is no longer GOT…

LMAOOO I CAN'T BREATHE THEY DID IT AGAIN 💀💀 First Starbucks now a water bottle this show is a joke #GameOfThrones #GameOfThronesFinale #TheFinalEpisode pic.twitter.com/9YaFF8Pnm6

A water bottle from our century made a sudden appearance in last night’s finale, must be of high significance though, as it has attended the gathering of  the leaders of Westeros.

Can you spot it too? Right there behind Samwell Tarly’s foot.

Jaime Lannister’s right hand makes a comeback! Well, the siblings needed a real hug before getting buried alive with rocks, so let’s cut them slack, maybe?

Daenerys Stormborn of House Targaryen, the First of Her Name, Queen of the Andals and the First Men, Protector of the Seven Kingdoms, the Mother of Dragons, the Khaleesi of the Great Grass Sea, the Unburnt, the Breaker of Chains, and Drinker of Pumpkin Spice pic.twitter.com/BOPdolRhXz

The misplaced coffee cup that caused quite the propaganda on social media! Maybe even out of all mistakes, this one was noticed by all. The cup was placed on the banquet table in Winterfell’s Great Hall, suspiciously in front of Daenerys Targaryen.

Emilia Clarke even defended herself on the show with Jimmy Fallon, and denied all responsibility, insisting that the cast “don’t drink Starbucks.”

The sword that kills the infamous Ramsay Bolton’s during the Battle of the Bastards, must be really strong, huh? You probably didn’t notice this, so here’s a recap of the scene. Watch carefully, eyes on the sword! The rubber sword…

In the last episode for Stannis Baratheon’s, before getting defeated from Ramsay Bolton’s army got in the way. In his final scene, Stannis appears wounded leaning up against a tree, awaiting his execution from the great knight Brienne. What we don’t notice is the laptop charger or microphone pack appearing underneath his leg!

In the credits for the first two episodes of the series the actress who plays Sansa Stark, Sophie Turner, is credited with a Targaryen symbol beside her name. By the third episode of the series, the mistake is fixed, fans were still wondering if this was a simple mistake or has some mysterious meaning behind it.

But looks like, it was just another fatal mistake of GOT.

How Disney is Escaping the 1992 Aladdin Controversy

The Most Talked About Ramadan TV Shows This Season