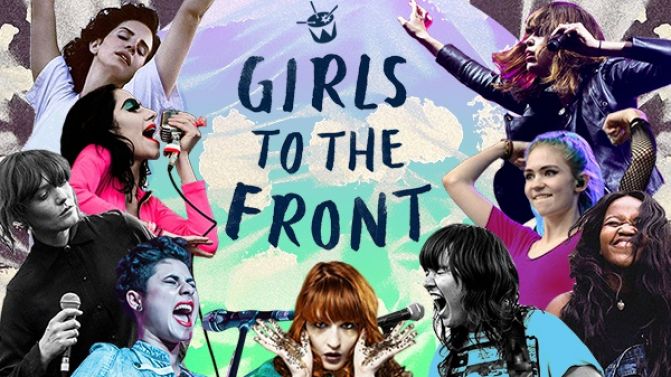 It’s International women’s day, a day where every woman should be celebrated, the housewife, the entrepreneur, the wife and the mother. A day where we are reminded of the rights that we fought for, and gained it, but are also reminded of the goals, that are yet to be achieved.

Egyptian women have been proving they are capable since the very old ages, since the times they ruled and the times they stood beside men in revolutions and fought for the country’s rights. Now, it’s true that we might struggle a bit to prove our equality to men and our strength to dominate, but lately we have found no trouble in proving ourselves over and over again.

So in light of this day, we’re shedding the light on some of our own extraordinary women, who in their own way, helped defy stereotypes and break through that glass ceiling effect. Up until there was no barrier left, standing between them and their dreams.

Azza Fahmy has succeeded in creating artful jewelry that speaks of our heritage, she was able, through her brand, to make people who’ve never set a foot in Egypt to see the country through her collections. She is a remarkable, artistic lady, who was able to create a brand name that is larger than life.

The two sisters Aya & Mounaz Abdel Raouf, founders of Okhtein, were able to create -at a very young age- a name for themselves through the launching of exceptional bags, that are worn by international celebrities.

They just recently made it to the Forbes 30 under 30 list, for being such a young inspiration. Each and every piece of their collection lines, have so many details engraved in them; the thing that makes them a must have.

Hadia Ghaleb, a fashion icon and founder of Ghaleb Production House. The young entrepreneur was able to build an empire of her own, in a short time. She is always between flights, catching up on meetings, fashion shows and business inquiries. She is a true inspiration, for she has turned her passion into her business, and combined her studies with her love for fashion and founded GPH.

She is a boss, she is a leader, she is quite the example for a successful young woman. Who can reach her dreams, if she just worked hard for it, and surrounded herself with people who push her forward.

The young athlete has been making us proud with her being the current World Champion in Women’s squash, who took the World Squash Championship title for the third time this year. She was already making headlines after being crowned champion of the 2019 J.P. Morgan Tournament of Champions, that was held in New York City last January.

She also just recently made it to Forbes list of 30 under 30, she is yet another inspiration for young women who aspire to excel in their hobbies, maybe even turn it to their career. For those women, nothing and no one should ever stop you.

This incredible young woman is helping fight hunger and reduce food waste; through her application Tekeya. The mobile app creates an online platform that facilitates the process of distributing surplus food from providers and making it easily accessible to consumers.

“Egypt is one of the biggest food wasters in the world, representing 73kg of food wasted per person every year. Not only does the waste of food create a burden on the environment through CO2 emissions, but equally it leaves providers with excess food, a loss of potential income and consumers without meals they could afford,” explained Shahin in a press release from the UAE where she is a current resident there.

The application will also contribute in providing charitable organizations with food donations at no cost.

Egypt’s Minister of Tourism, an outstanding political figure. Ever since her appointment, she is been setting a real prestigious example of Egypt and has been giving us utter pride. One of her recent events, the Pyramids Marathon, was of a remarkable success. She has a PhD in Economics from University of Maryland at College Park, 2001 and graduated from the AUC class of 1995 with a B.A. in Economics.

Now that was just a glimpse of the power and dominance of Egyptian women, and the kind of influence that they can obtain in many and diverse fields. May they inspire others to break free from whatever it is, that hold them back. May they push others into becoming their true amazing selves. Here’s to every strong woman,

The Arab and African Youth Platform Forum Kicks off in Aswan