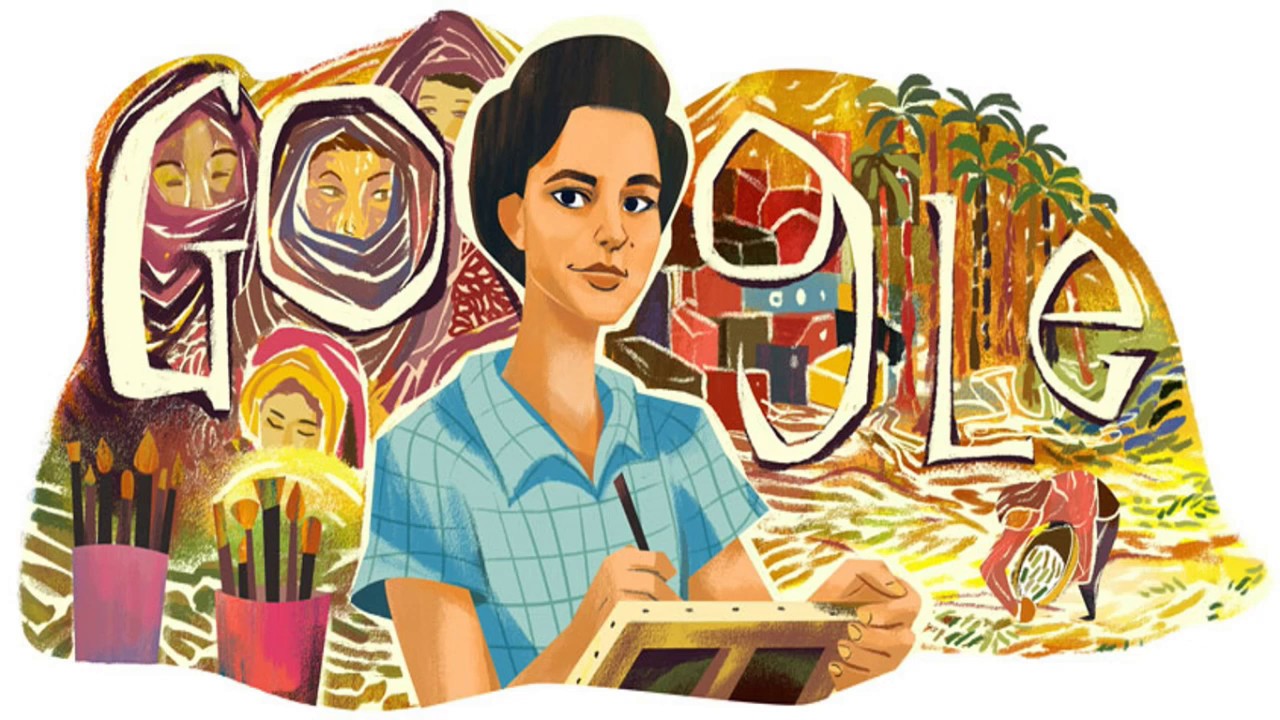 Inji Aflatoun is one of Egypt’s well-known painters and a leading feminist, and today Google honored what would have been her 95th birthday, with a Doodle dedicated to her.

The doodle shows Aflatoun with her canvas of surrealist and cubist paintings, the ones that made critics call her “pioneer of modern Egyptian art,” according to Google’s description of the creative talent.

Aflatoun was born in Cairo in 1924 to a Muslim family that she previously described as “semi-feudal and bourgeois” — her father, Hazzan, was an entomologist and her mother Salha was a French-trained dress-designer who served in the women’s committee of the Egyptian Red Crescent Society.

She was mentored by Kamel Al-Timisani, who introduced Aflatoun to surrealist and cubist aesthetics.

Aflatoun was also driven by her feminist side, that made her join Iskra in 1942, which used to be a Communist youth party, she later became a founding member of the League of University and Institutes’ Young Women in 1945, and she successfully represented the league during the same year at the first conference of Women’s International Democratic Federation in Paris.

Aflatoun passed away on April 17, 1989, one day after celebrating her 65th birthday. Leaving behind her, a great legacy and a name that shall be remembered forever.

In her memory, we would like to highlight some of her famous painting.

Soldier (Fedayeen), 1970, oil on canvas on wood by Inji Aflatoun.

Khloe Kardashian Appears in a $6,500 Outfit By A Kuwaiti Designer

Russian Belly Dancer Johara Sentenced to a One Year in Prison