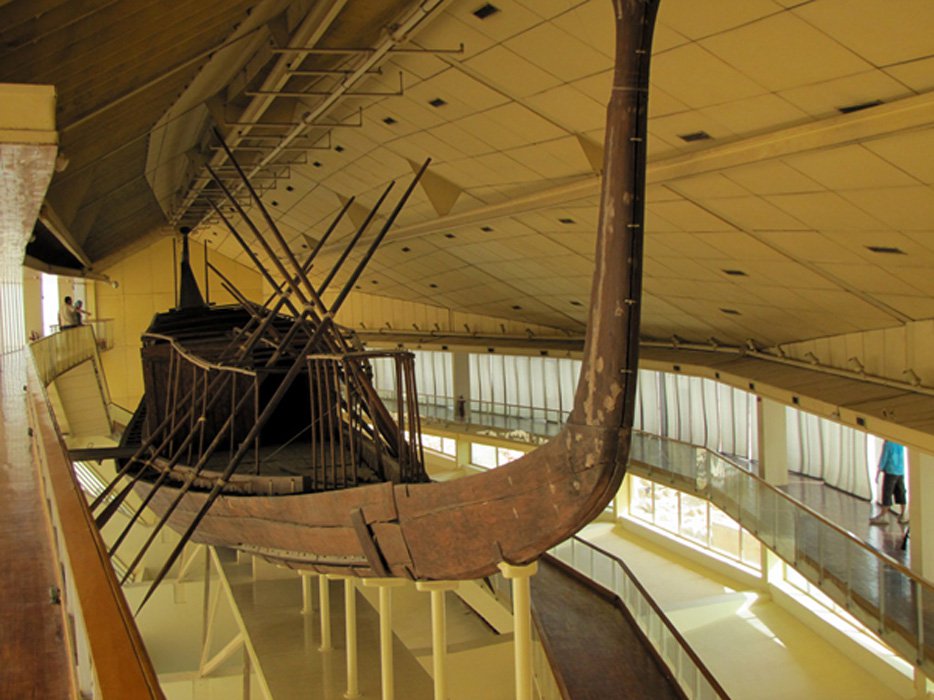 Google Doodle celebrates the 65th anniversary of the discovery of the ancient boat, which was discovered inside Great Pyramid of Giza.

The Khufu ship is an ancient pharaoh’s barge that is buried inside of the pyramid, and today, Google is dedicating a doodle in celebration of this great discovery.

The wooden ship is around 4,600 years old, and it is so well-designed that it can still sail today if launched back to the Nile river!

The boat was discovered back in 1954 by archaeologist Kamal el-Mallakh, when he dug under a stone wall on the south side of the Great Pyramid.

The purpose behind the boat remains a mystery and a debate between scholars, as some claim that it was placed inside khufu’s tomb so he can sail across heavens after death with the sun god Ra. Others believe that it was used to ferry the Khufu’s body to his final resting place.

Even though its purpose remains unclear, this discovery remains as significant now as it did the day it was discovered, and is considered to be one of the best-preserved vessels from antiquity.

The Google Doodle of the Khufu Ship is currently being shown across the Middle East and North Africa, in addition to parts of Europe, in Russia, Australia and New Zealand.

Egypt To Break Guinness Record With The Longest Ramadan Table