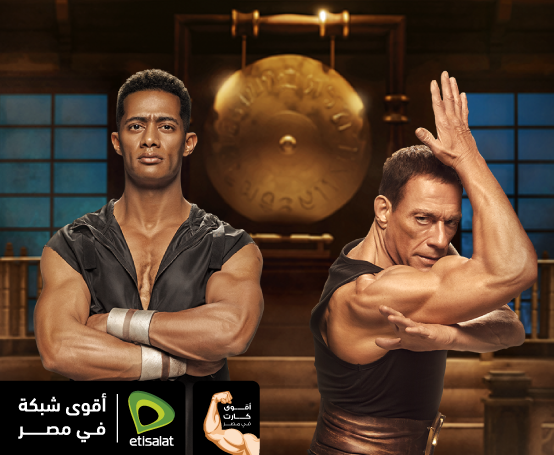 The war between telecom companies’ ads in Ramadan is as fierce as it has been for years, and on the first day, we brought popcorn as we sat eagerly to watch each company; as it unleashes their creativity to win the competition.

They all played it smartly; by bringing the audience’s favorite celebrities, and playing on the emotional side of people. Well, not all of them though!

While Vodafone took us on a nostalgic journey in the life of Al Hadaba, and the rejoice of bringing together family and friends.

Orange focused on the power of small gestures and kind words; which aligns perfectly with Ramadan.

Meanwhile, Etisalat took a quite different turn, and brought together Mohamed Ramadan and Van Dam. The company chose to feature Egypt’s most popular artist, who has been creating a huge buzz, and his Youtube channel is reaching billions of viewers.

It was indeed a smart move from Etisalat, even though the ad only relates to Ramadan in the very last sentence, but still chose to promote for their ad; by using a popular artist. And to make things even more interesting, and in order for the ad to be different than previous ones, Etisalat brought the international famed artist, Van Dam.

Now, with an astounding effort in visual effects, a smart choice of a celebrity who digitally, has a huge number of followers, Etisalat succeeded in reaching the highest number of views on Facebook with over the 7 million views, so far!

Coming in second place is Orange’s ad with a 4.3 million views, and coming in last, surprisingly, is Vodafone with 3.8 millions views.

We’re waiting to see the results on Youtube, which so far, the numbers of views are quite equivalent to one another. 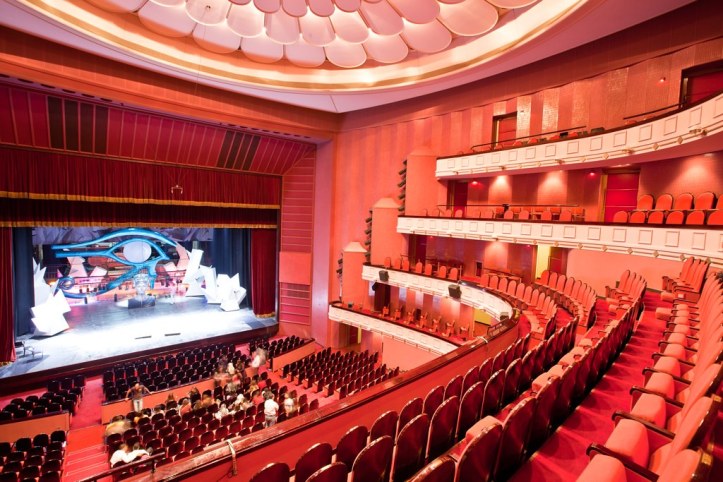 For those of you longing for some outdoor activities and for events to take place once again, the Ministry of Culture is working hard on grating your wishes very soon.

The Ministry of Culture is currently preparing a study on the possibility of holding events in the open spaces of the Cairo Opera House, to be able to carry on with the cultural program while still maintaining the necessary precautionary guidelines.

According to Culture Minister Enas Abdel Dayem, it’s quite important to throw artistic and cultural events as they benefit the public taste and spread awareness regarding community issues.

But then of course, all precautionary measures and safety guidelines will be maintained to ensure the safety of artists, employees and the general public.

Abdel Dayem recently held a meeting with President of the Opera House Magdy Saber, followed by another meeting with head of the Cultural Production Sector Khaled Galal, head of the Artistic House Ismail Mokhtar and others to go over several projects that will take place once this horrific pandemic is over and life goes back to normal.

Abdel Dayem also added that new theater productions will showcase the stories of the armed forces, the police, and medical professionals and their efforts to combat coronavirus, in a sincere way of expressing gratitude.

We really can’t wait for life and activities to go back to the way they were and we have faith in the Ministry’s efforts in keeping us positive during this tough time. 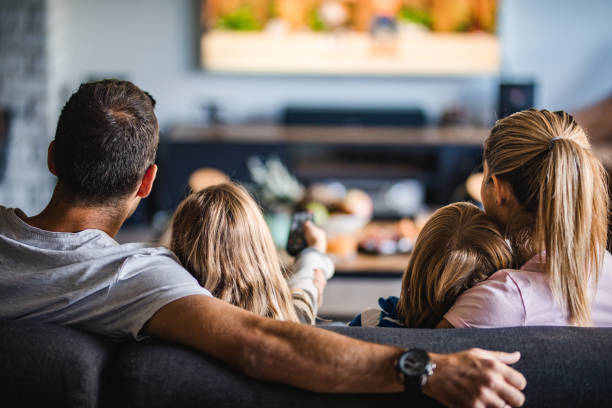 We know Eid this year isn’t the same as every year but thanks to the Ministry of Culture, they will keep as much entertained as they possibly can with the following program.

Eid al-Fitr celebrations will being at 2 p.m. on the first day of Eid al-Fitr and will continue throughout the entire Eid holiday, the program includes the following:

A number of shows of the National Circus for Children at 2 p.m.

“Start Your Dream to be the International Actor” project at 8:30 p.m.

Concerts for the stars Assi el-Hallani – Wael Jassar and Kazem el-Saher at 9 p.m.

The Eid program is part of the ministry’s Stay At Home. Culture Is Between Your Hands” initiative that started long ago with the crisis of coronavirus, the initiative has kept us both entertained and informed these past months.

Visit the Ministry’s official YouTube channel for all the entertainment programs that await you this Eid or check out their free cultural services provided by the official website of the ministry. 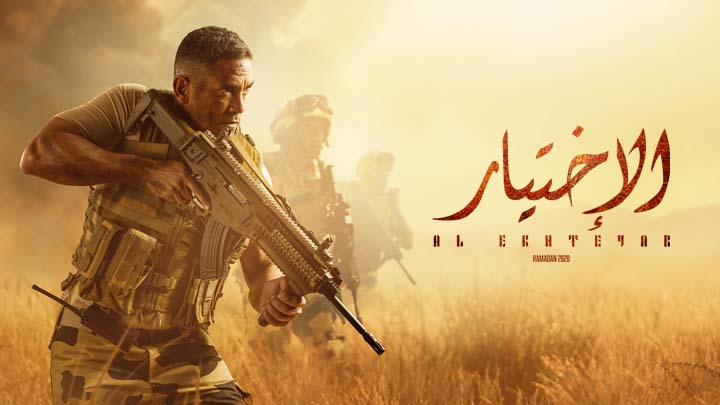 For those of you watching the incredible series ‘El Ekhteyar’ and I’m sure we are a lot! Embrace yourself because the upcoming episodes will witness the final stage in the life of the great hero Mansy.

Episode 25 witnessed already the transfer of ate great Ahmed el-Mansy (Amir Karara) and his men to El-Barth village in Rafah, following several terrorists who moved there.

This has of course led Mansy and his brave men to follow their lead, to rid us of these terrorists. El-Barth was the place of their martyrdom and so we’re very near to the end so hold your tissues!

After all, the show really highlighted the dark terrorists’ principals, thoughts and ideas that are based on blood, betrayal, and opportunism.

We’re absolutely loving and enjoying every second of the series that managed in just 25 days, to remind us of the deep love we have for our beloved country and appreciate the army even more.

We’re certainly not ready to say goodbye yet but we’ll forever be thankful for the chance to follow this heroic journey.