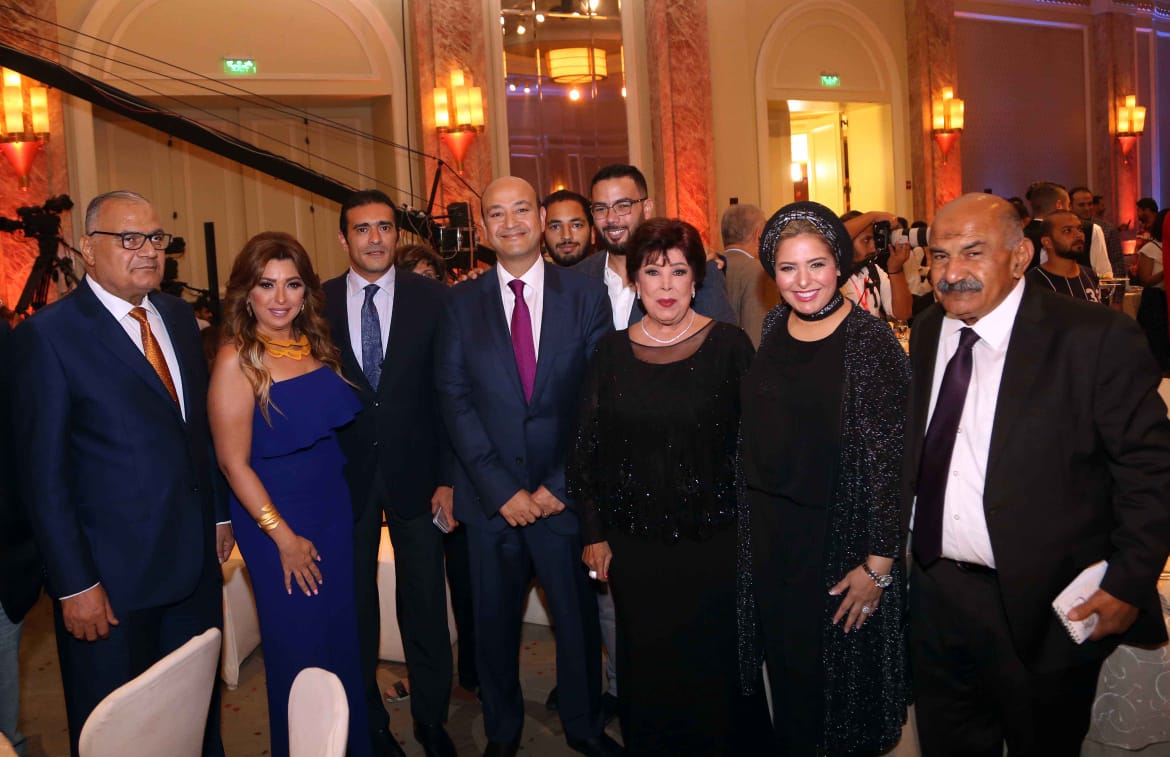 In the midst of a prominent presence of socialite, businessmen, stars of art and sports, press and media; MBC Egypt announced the launch of its new program: ” El7ekaya (The story) with Amr Adib”.

The ceremony started in a special way, which Amr Adeeb presented the audience with a simulation of “The Zero Episode” of the new program. He said: ” the story remains the most important, and the new program seeks the stories that interest people and occupy them wherever they are. They are the storytellers who have been successful. ” continued Amr “It was the dream of my career, 22 years ago, to join an established institution such as MBC, and thank God, the dream is finally realized, and I look forward to more shared stories with the wider public in Egypt and the Arab world.”

Amr Adib has received a number of stars and prominent figures in the special “Episode Zero”, most notably: star Yousra and singer Abo, and writer Tamer Habib, where they brought together the famous song “3 daqat,” and talked about its success this year. Then Adib Najm received the ball of the believer Zakaria to talk about what was raised about the issue of professionalism outside Egypt during the coming period. After that, Adib hosted fashion expert Farida Temraz, who spoke about her story of success in the fashion world in an unconventional fashion, and then received the Egyptian diving instructor Bent Adil, the daughter of the province of North Sinai, who came specially to tell her story with success.
Businessman Hussam Al Qabbani also spoke about providing a wide range of social initiatives and charity donations to the most needy groups in society.

Amr Adib concludes the episode “Episode Zero” for receiving Mohamed Abdel Metaal, General Manager of MBC Egypt, and Mazen Hayek, MBC Group’s spokesperson. Abdel Metaal pointed out that the new program is “a qualitative addition, and the channel has provided him with all the necessary resources for his success and his release to the public in the best possible manner.”

“The new program combines stories and heart with a variety of fast-paced and rhythmic sections,” he concluded. In his turn, Mazen Hayek thanked MBC’s big friends who participated in the ceremony and expressed his pride in the return of Amr Adib to the MBC family, who was involved in the jury of the first season of “Arabs Got Talent” On MBC4. “We look forward to following up the many and varied stories from Egypt and abroad, which will be delineated in detail by Amr Adib with the team,” Hayek concluded.

We wish Amr Adib and Mbc Masr the best of luck in their new program “El 7ekaya”, and we are very excited to see the first episode next saturday

The Queen, Her Majesty “Yousra”

Welcome to the world of ELITE!