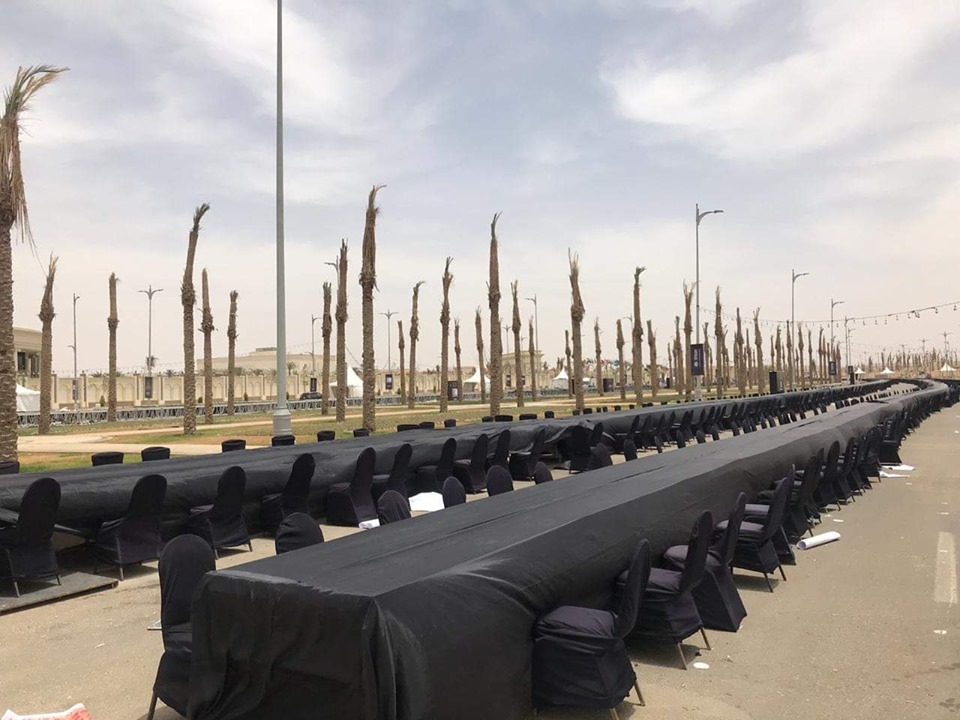 Around 7,000 attendants are expected today including Guinness representative, as the 3,000-meter-long table is about to enter Guinness World Records.

Attendants will get a tour around the Administrative capital to witness its most significant constructions. They will also get to enjoy an oriental Ramadan night with a set of shows, music and songs that are to give the event a true Ramadan vibes, said spokesperson of the company Khaled El- Hosseini.

“I promise to organize a prestigious event fits Egypt’s position, in the presence of all successful partners of Administrative Capital’s investors and developers, who do their utmost to build such incomparable city, amid massive coverage of media and press agencies to spot national and international light on the city,” He added.

The first stone of the New Administrative Capital was laid back in July, 2018 by President Abdel Fatah Al-Sisi on an area of 170,000 feddans, the New Capital is expected to set to become the next big thing.

It will include residential area, an international airport, an electric train and around 1,350 mosques and churches. It is important to note as well that the Capital’s administrative entities will also be moving to operate from the New Capital.

Related Topics:EgyptFeaturednew capital
Up Next

Where to Celebrate Eid Without Leaving the Capital

Google Doodle Celebrates the Discovery of the Khufu ship’s