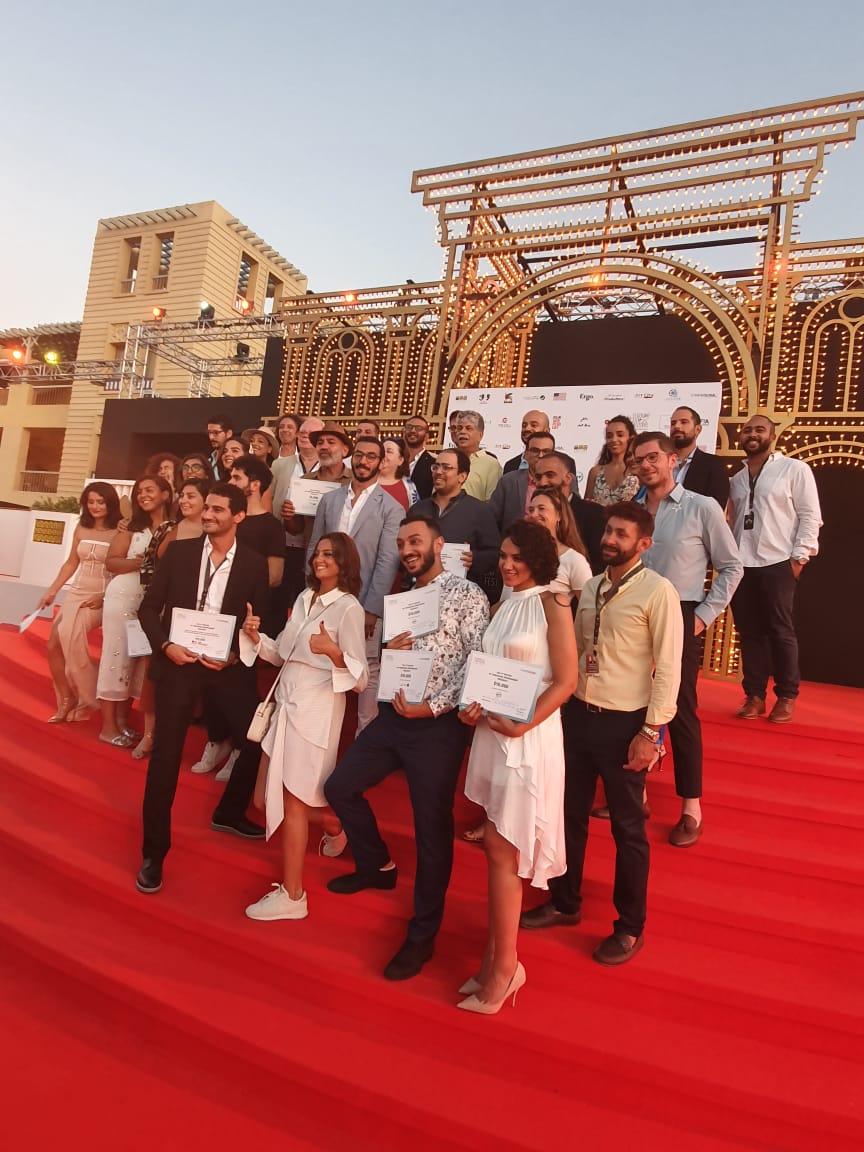 The closing of “CineGouna” Platform has finally arrived along with the awards ceremony as part of the Gouna Film Festival at the Marina Theatre. where various projects by directors and producers from the Arab world were competing for creative and financial support.

The ceremony was initiated by “Intishal El Tamimy” the Gouna Film Festival’s Director who thanked the Platform’s team as well as mentors, and the jury. He also gave a special thanks to “Bushra” the festival’s COO.

Presenting the awards was “Nada Howedi“ the Senior Springboard coordinator of the CineGouna platform. “Siza Zayed,” the CineGouna Bridge Manager also thanked her team including volunteers and festival organizers as well as the sponsors.

The Springboard Jury consisted of experts in filmmaking from all over the world who came to choose a winner in both the projects in development category and the ones in post-production. The winners received a CineGouna Platform Certificate and a cash prize of US $15,000. Additional awards are presented through local and regional institutions for a total of $250,000 US.

The first award was presented to a project in development called “Harvest” directed by “Ely Dagher” from Lebanon for a prize worth $15,000 US. This project also won the award presented by the Drosos Foundation by Omar Sameh worth another $15,000 US. The producer of the movie “Harvest” expressed his gratitude and stated that the Gouna Film Festival was the best festival he’s ever been to and thanked the jury “because they believe in cinematic documentary.”

The second project to win an award worth $15,000 US was a project in post-production entitled “A Long Breath” directed by “Remi Itani” from Lebanon.

The project that won the most awards was “Straight to The Goal” a film in development directed by “Tamer Ashry” from Egypt. The project won awards from the sponsors iProduction for $10,000 US, Ergo Media Ventures for $10,000 US, Waraq powered by Magic Beans for $5,000 US.

The project also won $15,000 from Film Independent and U.S Embassy and the chance for their screenwriter to participate in the Film Independent Forum Independent Spirit Awards Residency. And finally unlimited location shooting service provided by Dakhli West El Balad presented by Moshira Adel. 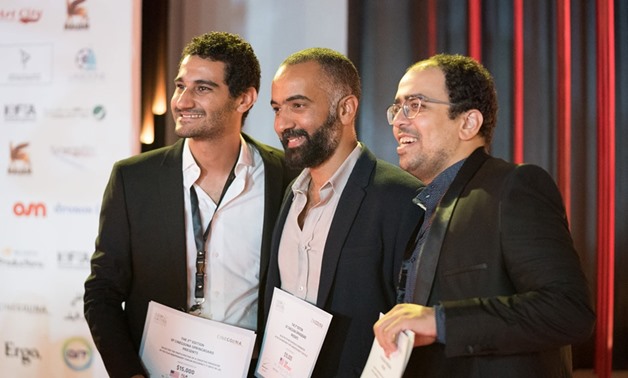 El Taher Media Production sponsored an award worth $15,000 which they presented to “Yalla, Baba!”, a project in development from Lebanon and directed by “Angie Obeid”. “

“Mahmoud El Bat” from the Arab Radio & Television Network (ART) awarded $15,000 US to “Daughters of Abdul-Rahman”, a film in development from Jordan directed by “Zaid Abu Hamdan”.

Intishal presented the award sponsored by “Synergy Films” worth $10,000 US to “The Fountain of Bakhchisarai”, a film in development from Egypt and directed by “Mohamed Taher”. The film also won a $15,000 US sponsorship from Film Independent and U.S. Embassy for their creative producer to participate in the Film Independent Forum Residency.

“Captains of Za’atari”, an Egyptian film in post-production directed by “Ali El-Arabi” won an award worth $10,000 from “New Century Production” and another reward worth $10,000 from Cell Creative Media Solutions”. They also won the chance to participate in IEFTA’s Global Film Expression Initiative and a sponsorship to attend a partnering festival lab or workshop. “Plum Season”, a Moroccan project in development directed by “Rim Mejdi” also won the IEFTA sponsorship.

“Daughters of Abdul-Rahman”, a project in development from Jordan directed by Zaid Abu Hamdan won an award presented by “Lina El Rifai” from Rotana worth $10,000.

The biggest award was sponsored by OSN and was worth $50,000 US which they presented to “Mica”, a Moroccan film in development directed by “Ismaël Ferroukhi”. The filmmakers were humbled by this reward and were “happy to see Gouna selecting a wonderful project”.

“Sherif Fathy” from Cell Post Production presented an award worth $10,000 and their post-production services to “Our Dark 70s”, a Moroccan film in post-production directed by Ali Essafi.

“Looking For Sa’adah”, a Palestinian film in development directed by “Areen Omari” won $5,000 sponsored by Art City for Cinema and TV Production.

The ceremony was attended by Bushra, the festival’s COO, as well as filmmakers and actors like Saba Mubarak, Sara Abdel Rahman and the director Khairy Beshara.

AEEDC: Dental Conference Exhibition to be Held in Egypt