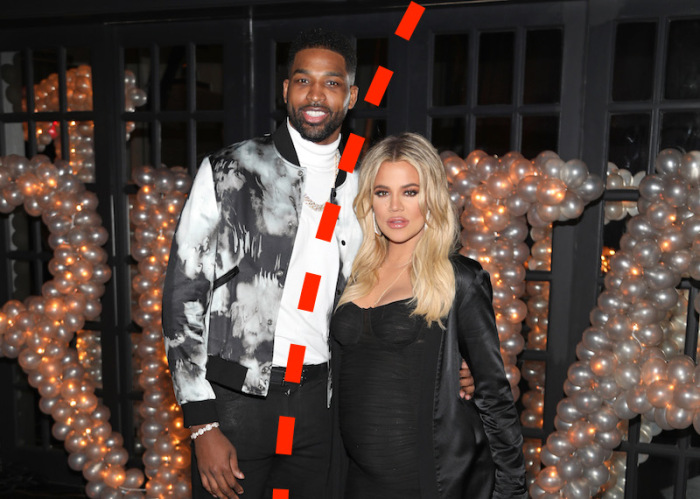 We all know who Khloe Kardashian is; she’s one of the infamous Kardashian sisters who have made it big on TV due the hit reality show Keeping Up With The Kardashians that’s been running since 2007, followed by Khloe‘s own TV show Revenge Body.

But that’s not the only thing Khloe‘s famous for. The star, 33 was married to the now retired professional American Basketball player Lamar Odom from 2009 till 2013. Their divorce papers were however, finalized in 2016.

In 2016, the star started dating yet her next basketball bae Tristan Thompson, 27. The couple were keeping it low key for a while until one day, they decided to get public when they didn’t mind the racy photos that were snapped of them at a nightclub in L.A. going viral.

Tristan and Khloe have been dating since and were supposed to have a baby girl together. Khloe’s about to give birth any day now, as she’s due this month!

The star didn’t know that her world would turn upside down in a blink of an eye. Just a few days ago, pictures and videos have surfaced of her boyfriend Tristan cheating on her with multiple women.

Unfortunately, Khloe is no stranger to heartbreak. During her marriage to Lamar, he went on an infidelity and drug abuse spree that resulted in their divorce.

Khloe hasn’t yet commented on the issue. However, according to a close source, the celeb is moving back with Kris (her mother) until she decides what she wants to do.

“Her entire world has been turned upside down. She cried hysterically all night. She begged to come back to L.A. and tried to find any way to make it work but her doctor wouldn’t let her. She just wants to be with her family and leave as soon as possible. Kris is there and completely supporting her.” A source told E! Online.

“She will obviously never be able to trust Tristan again or look at him the same way,” the source said. “Her world is shattered. She is in complete disbelief that this is happening. The family absolutely believes it’s in Khloe’s best interest to end the relationship but will support her either way.”

Omar Sherif: A Closer Take on His Legendary Life