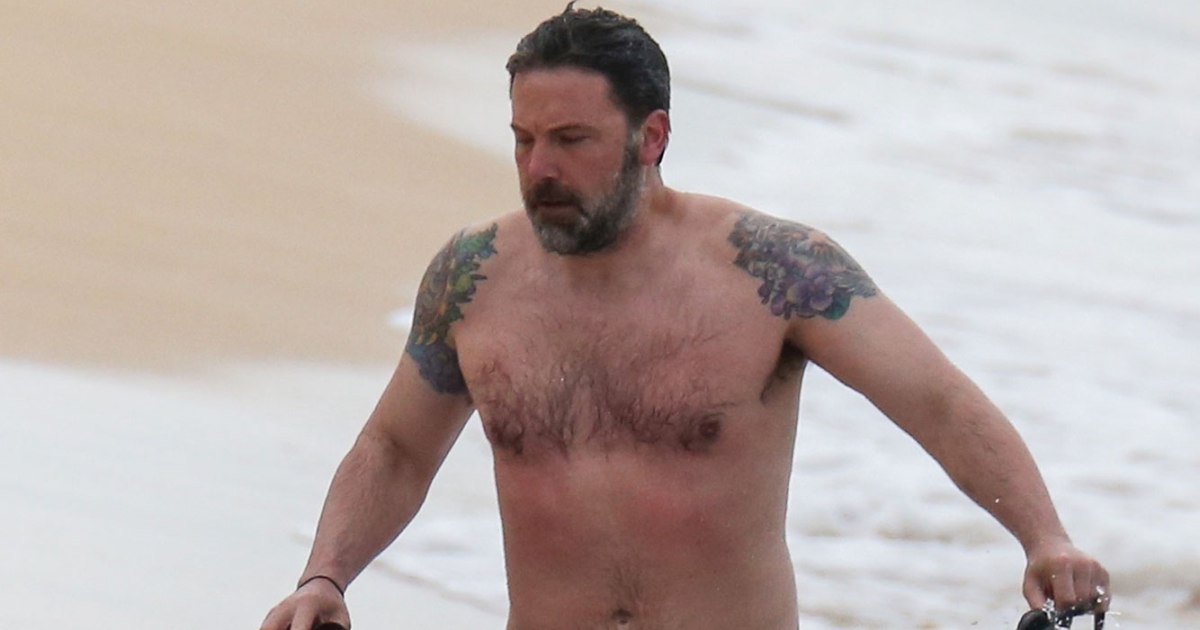 So, a few years back, Ben Affleck was spotted with a HUGE, I mean a MASSIVE, HUMONGOUS back tattoo in the shape of a dragon. Back then, Affleck denied the rumors; stating that the ink was only “temporary” and that he had it done for a “movie role”, pfshhh. Enough lies, Ben!

A few days ago, nearly 2 years after the incident, Ben was spotted YET AGAIN with the same tattoo while going for a swim and the internet went CRAZY. Are you ready to see the dragon?

Here it is in full view. What’s troubling you, Ben?

In 2016, Affleck told  Extra “I actually do have a number of tattoos… but I try to have them in places where you don’t have to do a lot of cover up,” he said. “They get sort of addictive, tattoos, after a while.”

On a scale from 1 to Ernest Hemingway, how drunk were you when you got this tattoo?

Ex-wife actress Jennifer Garner didn’t have it, either. She found it offensive that Ben got the tattoo right after they broke up. “You know what we would say in my hometown about that? “Bless his heart” she told Vanity Fair “A phoenix rising from the ashes. Am I the ashes in this scenario? I take umbrage. I refuse to be the ashes.” You’re not the Ashes, Jen. You can’t be.

JLo, who dated Affleck for 2 years from 2002 till 2004, had something to say about it, too! She stated on Watch What Happens Live: “It’s awful! I would tell him that, ‘What are you doing?’” said Lopez. “His tattoos always have too many colors. They shouldn’t be so colorful. They should be cooler, I don’t know.”

So, yeah, Ben. Bad move, bruv. Bad move. I wonder what your best buddy, Matt Damon thinks about this…

President Al-Sisi Casts His Vote in the 2018 Presidential Election