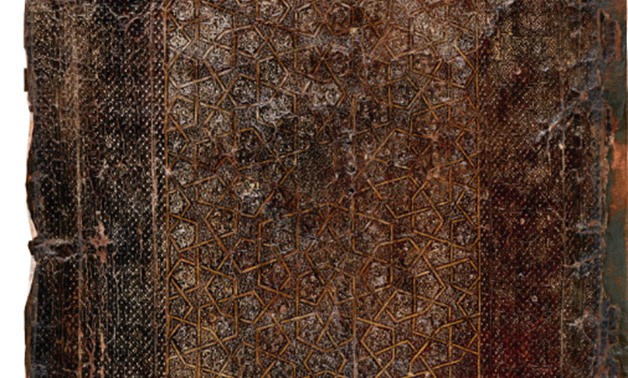 Sotheby’s International Auction House in London presented an auction titled “The Arts of the Islamic World in the Middle East”. The auction included four Egyptian manuscripts for sale.

Only one Egyptian manuscript was sold, which is a great binding for Morocco, Egypt and Syria, that goes back to the 15th century, dating back to the Mamluks era. The piece was valued at £10,000.

There are three remaining Egyptian manuscripts were not held for sale in the auction, and included one which dates back to the Mamluks era during the 14th and early 15th centuries. The piece was labeled “Al-Samad Astrological Images” and was valued at an estimate cost of £6,000 to 8,000, while the third manuscript is a text from the Holy Quran, dating back to the second half of the 14th century, and is estimated to cost between £6,000 and 8,000.