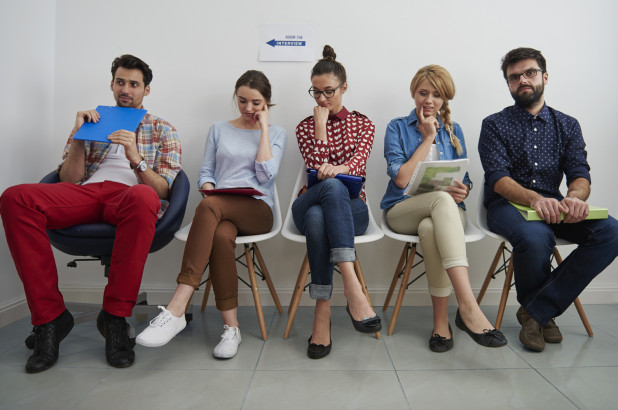 Remember when you were an innocent little kid and you couldn’t wait till you grow up and figure out everything about this big world; well, my friend, you got to admit you were just a little fool.

While being an adult can be fun sometimes, there are other parts that are not so much fun; so here are 5 morbid facts you realize in your twenties:

Remember these high school days when teachers lied in your face claiming if you study hard and ease your thanwaya 3ama exams, you would feel relaxed for the rest of your life? LIES!! Every stage of your life has its own ups and downs; there is absolutely no truth in putting your all in just one thing to be lazy for eternity. Enjoy everything you do with its stress and reward.

Doing what you love can also be stressful:

I think by the time you make it halfway to your twenties, you realize that nothing comes ease, specially the things your passionate about it. They told us if you chose a profession you liked, you wouldn’t have to work a day in your life. I totally disagree, if you want to be good at something, if you want to over achieve, you will have to work hard, learn and develop your skills.

I thought my fear of doctors will lessen by age, it turns out, the phobia on grows in you. Doctors are forever scary, some are cute tho..

I believe all our parents told us at some point that when we started earning money, we would be wiser on spending, that we would value money more. However, budgeting seems like a mystery to me! Since, I’ve started making my own money, it seems like I always find some nonsense to waste my money on, although I have lots of financial problems that I should put into consideration.

We often go through situation and circumstances that push us to only one option: letting go. Sometimes, letting go is the best option for you. You will have to let go of people and things even if you don’t want to. It is hard, it is painful, but it is an important part of maturing.

5 Fun Activities to Do With the Squad for Night Ins

Why Idealizing People Is No Good For You 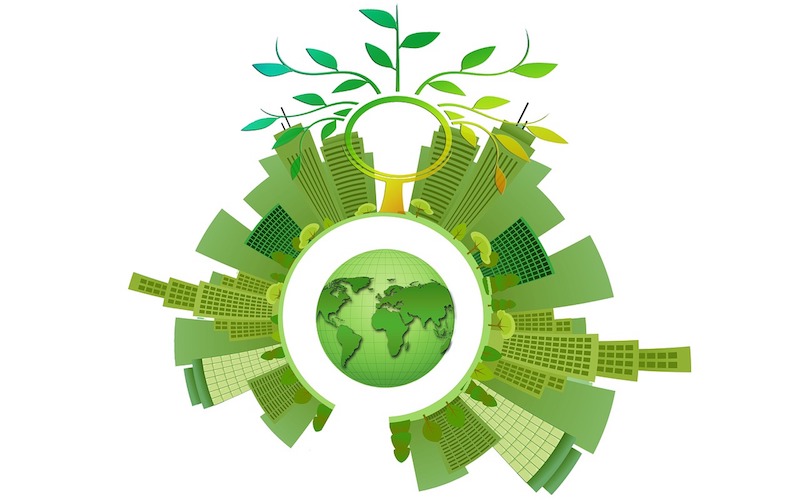 Egypt is planning on implementing around 700 green projects as part of Egypt’s fiscal plan for 2020-21, these projects will cost around EGP447.3 billion ($28.4 billion).

According to Minister of Planning and Economic Development Hala Al-Saeed, they are 691 projects to be exact and they represent 14% of the fiscal plan’s total public investment. This percentage is also expected to increase to 30 percent for 2021-2022.

The minister also added that there will incentives offered to ministries that shift towards green projects by prioritizing financing for them.

Workshops were held by the ministry to go through the guide on sustainability standards, which reflects the government’s vision in expanding sustainable development into its planning system.

Mohamed Farid, head of the infrastructure sector at the ministry, said that these projects that meet the sustainable standards will be prioritized over projects at the evaluation stage.

Also worth mentioning is that Thursday witnessed the launch of Egypt’s first green bond issue on the London Stock Exchange. The government green bond issue, worth $750 million for five years, is the largest in the Middle East and North Africa, and the first of its kind on the exchange. 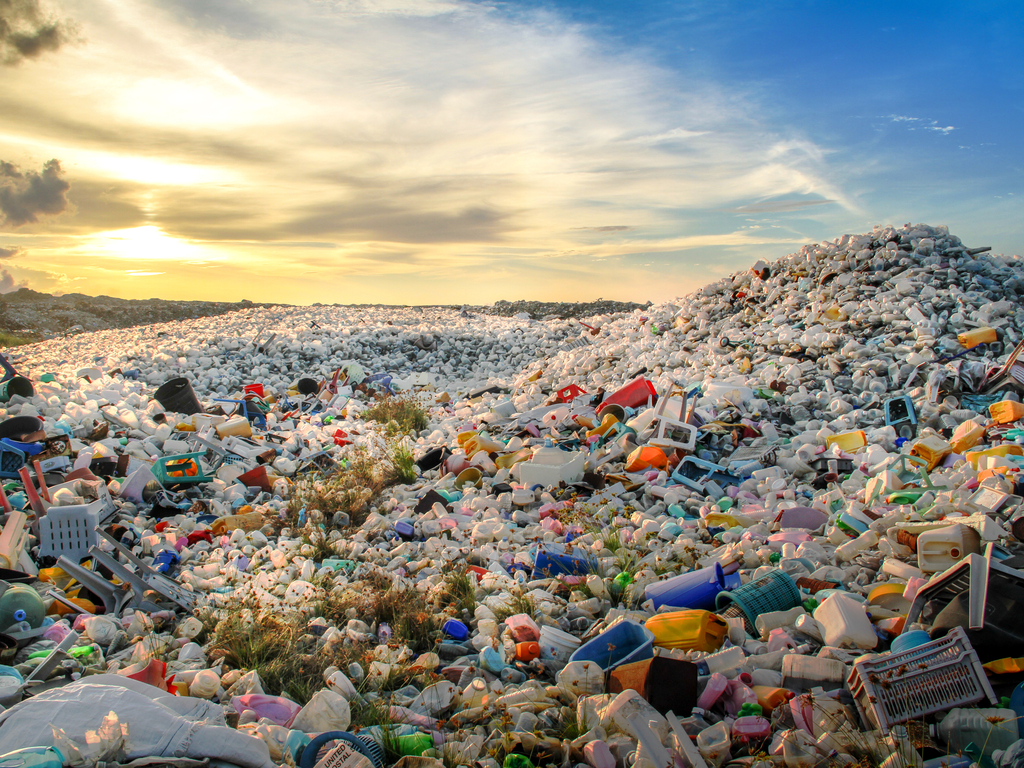 Constant efforts have been exerted the past years to limit and reduce the single use plastic bags. From awareness campaigns to countless initiatives, Egypt has seen a great progress environmentally and now another leap has been made with the issuing of a waste management law!

The law will regulate the free plastic bag at retail and limit the single use plastic bags imports and exports. This is an attempt to regulate the disposal of plastic wastes in Egypt and enhances Egypt’s waste handling and recycling processes.

According to a statement from Environment Minister Yasmine Fouad, a new state agency will handle Egypt’s waste management challenges after President Abdel Fattah El Sisi signed into law a bill that would regulate the industry. Moreover, in doing so and implementing such strategies, it’s expected that the move will attract foreign investment in Egypt’s waste management.

Also worth mentioning is that International Cooperation Minister, Rania Mashat has recently just announced two impressive partnerships with the International Bank for Reconstruction and Development, which will implement a 200-million-dollar project for improving the quality of air to combat climate change and reduce has emissions in Cairo.

This comes as a great stride to end plastic waste in Egypt that has long been a great issue facing our community. 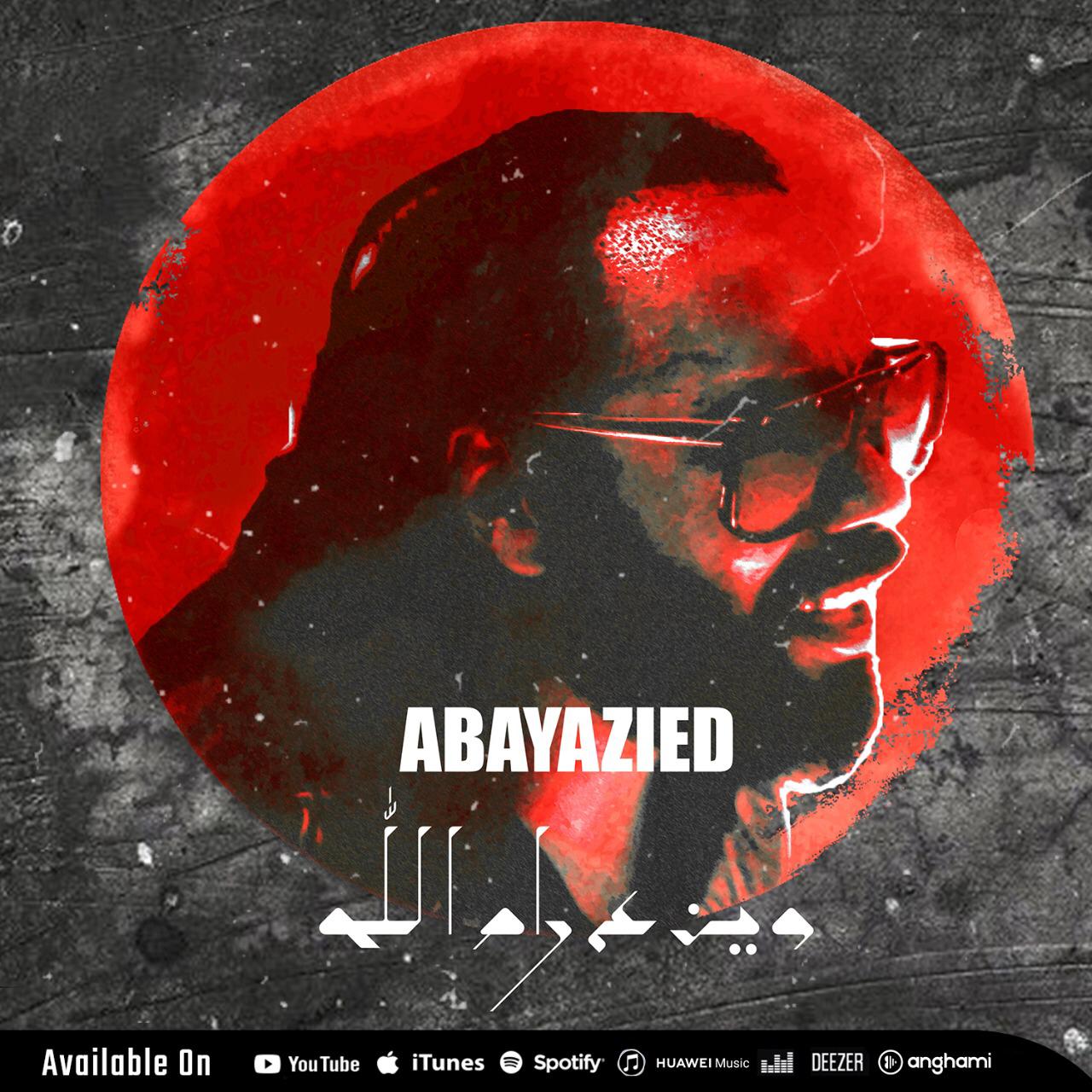 When it came to his approach to covering, Abayazied said he didn’t want to transform it to fit his own idea by stripping it of what made it stand out, but instead he wanted to take inspiration from genres such as rap and hip-hop and use them as influence to highlight the beauty of ‘Wain A’Ramallah’ with a modern spin. 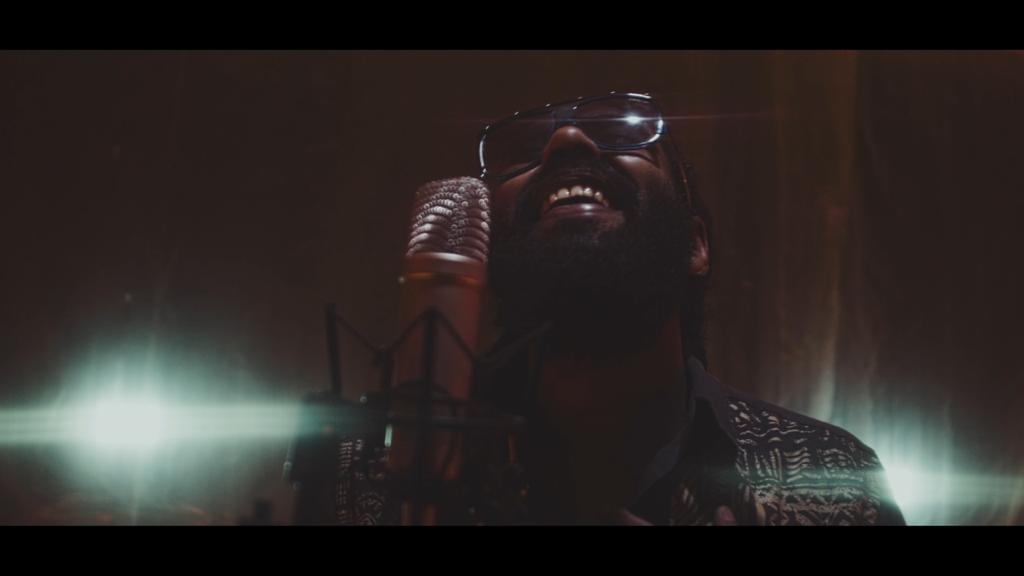 Through the combined effort of a team who took this on as a passion project, they managed to achieve this and it’s already creating major waves, famed Palestinian radio channel ‘Ajyal’ even approached the artist and asked to play the new tune to it’s listeners!

To Abayazied, one of the aspects he enjoyed the most working on this project was the teamwork. The love behind the collaboration in this song was purely off the love of this song and the rich history it carried. The contributions by Disco Misr’s ‘Mostafa El Sherif’ in his great effort and help with the production eased the difficulties they faced, coupled with his creative input which played around with the elements of the song to unleash the powerful soul within it. 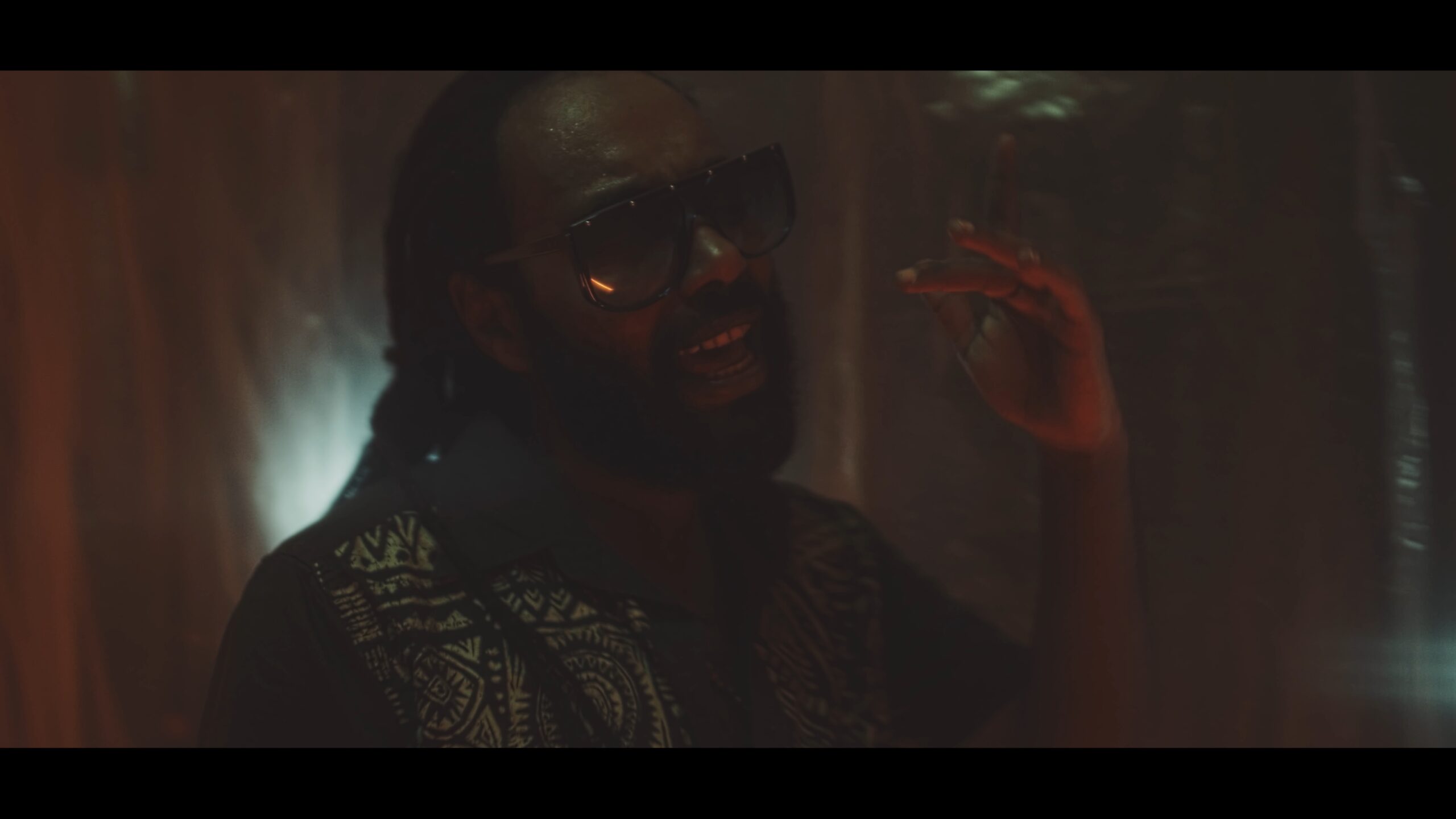 Equally as important was the music video which thanks to the team behind it, were able to capture the elements that Abayazied believed resonated with the current modern day spirit. Abayazied praised the work of the team crediting Moataz Ibrahim and the team with the remarkable work they did with the video. The friendship and love behind this project ultimately made this an unforgettable experience for him and those who collaborated on the song.

Abayazied believes that when it comes to the purpose behind working on specific projects that there are times when you feel you don’t have the privilege of choosing what you want to work on. When you feel like you want to sing it, you suddenly feel its influence on you and that you want to sing it again in a new and unique way. “I felt it, I loved it and I felt really happy to sing it once more, and ultimately I wanted to share it and add one more take to this beautiful song”. 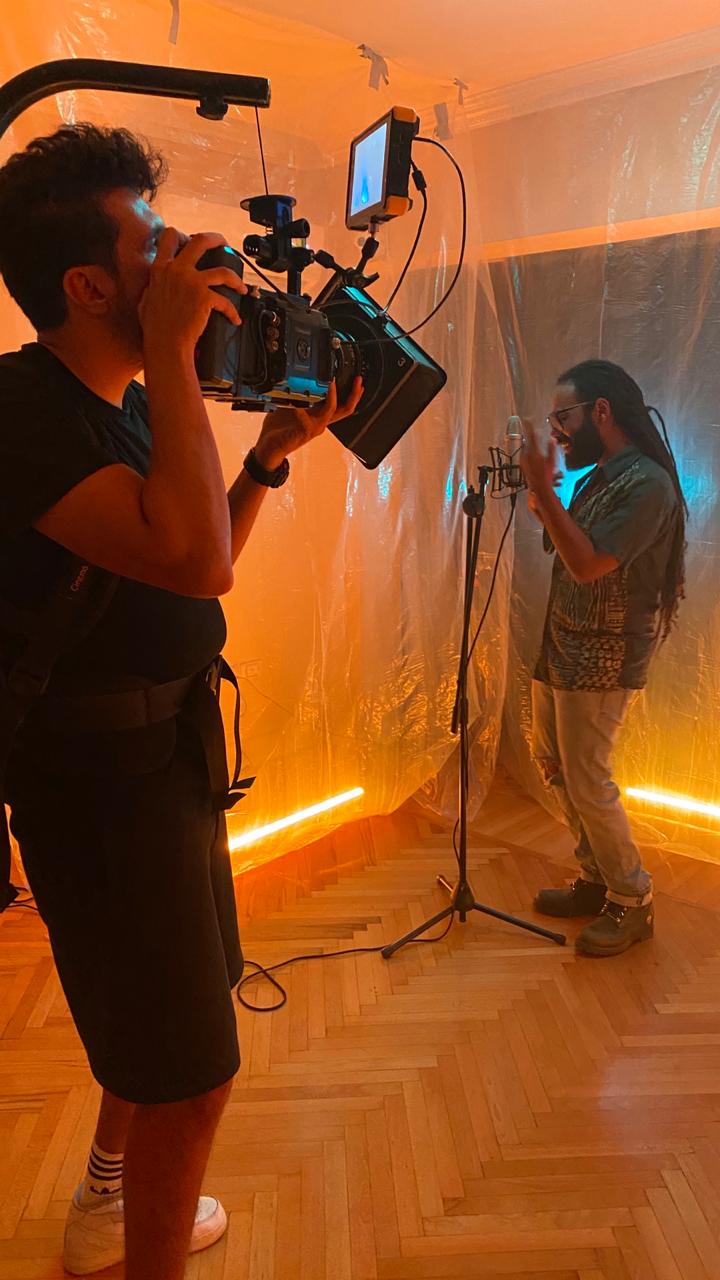 The unique memories he had with the song meant that he couldn’t help it considering how it was his all time favorite during his years in college. He felt that the way he would approach singing it would be unique and was different from how anyone else tried to cover this track. Feeling this, he jumped at the opportunity. Saying that his hope for people to enjoy it, because his desire to spread it out and to give it the exposure it deserves to a younger audience considering that it has a large potential that deserves to be fulfilled. “When it comes to ‘Wain A’Ramallah’ however you arrange it you would find something beautiful within it”. 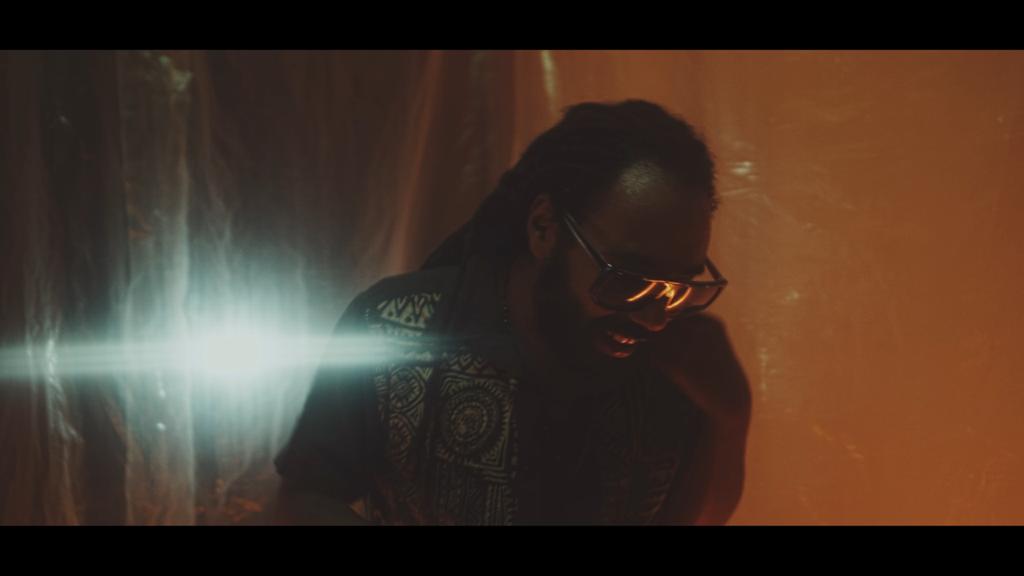 In terms of his previous collaborations and projects, he hopes that what he’s learned from those experiences have manifested in this project. The collaborations of the past have taught him many things that he feels he will be able to capitalize on. This experience has brought out a greater enthusiasm to make more collaborations in the future. Abayazied has found that the influence of the artists he’s worked with have had a profound effect on his evolving style and allow it to grow in new and unique ways. As time goes on “I want to take these experiences and try this with more local artists and develop my style as time goes on”.

Ahmed Abayazied’s optimistic and growth centric mind promises to take lessons from the past and bring about a new spirit to the local musical scene that sees the potential in the art of the past and yearns to modernize it for the present. And with an array of popular covers in the pipe-line, Abayazied is also currently working on his first solo album which is set to take the music scene by storm.

Watch the video below:

A Girl Harassed and Killed By Three Men In Maadi