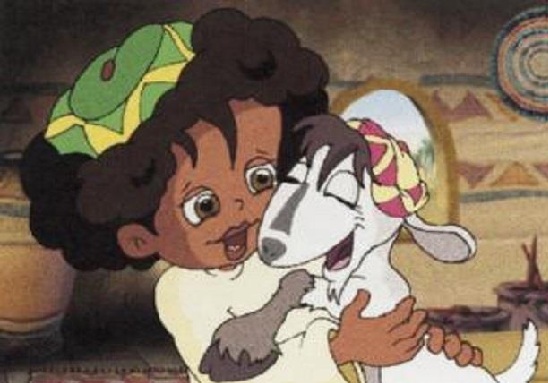 Every year with the approaching of Ramadan, we start to get all these new drama TV series trailers; and with all these ads, we got a little bit nostalgic about our Ramadan rituals and habits growing up. Back then when we waited every year to watch the new season of our favorite cartoon. And since we are feeling extra nostalgic with Ramadan coming, we are remembering our favorite Ramadan cartoons:

Of course, Bakar is on the top of our list. The very first season of Bakar was aired back in 1998. It is about an Egyptian boy living in Upper Egypt, and he goes through different adventures with his goat pet, Rashida. The legendry Mohmed Mounier sang the theme song of Bakar; and it is for sure was a big hit that it is still stuck in our heads till that day.

This Ramadn, a new season of a more animated version of Bakar will be aired on TV

AlMaghmron AlKhamsa is originally a crime book series that was a hug hit back in the 70s. Decades later, AlMaghmron AlKhamsa was turned into a cartoon TV show. The five unique characters and the catchy theme song made that crime cartoon show truly unforgettable.

That was such a unique puppet show aired on TV during Ramada in the early 2000s, the show featured the two main characters Zaza and Garger who took on so many crazy yet funny adventures.

Super eh? Super Henedy! That cool cartoon show made its debut appearance in Ramdan 2007. The characters were inspired by many talented real-life actors; however, it was a crime show yet extremely funny. Of course, the two main characters were voiced over by the super stars Mohamed Henedy Tala’t Zakria always granted us a good laugh

Your Ramadan Drama Guide is Here