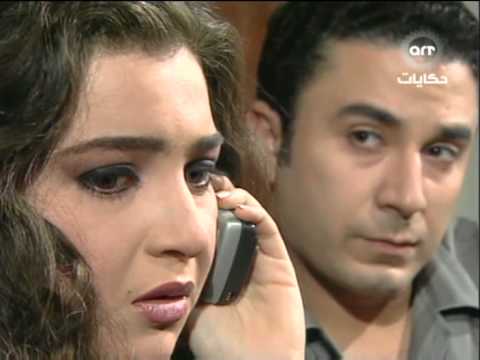 90s humans! Let’s face it, growing up; we didn’t have many options when it came to TV channels. We had Channel 1, 2 & the rest were trash (Sorry Egyptian TV). The lucky ones among us had cable (A.R.T.) but we were all more or less, forced to watch the same sh*t growing up. So, let’s take a trip down memory lane together:

People are still talking about Hadith alsabah Wal Masaa until this very day because of the huge impact it had on its viewers. The series, written by the legendary Naguib Mahfouz, featured a great amount of young actors who would grow up to become famous stars, like: Ahmad El Fishawy, Menna Shalaby, Ola Ghanem and Amr Waked.

Who doesn’t remember when Nabila Ebeid played the ‘cool’ aunt from America on El 3amma Nour? This series was so much fun back in the day. Fishawy kept us highly entertained with his crazy/prankster character 3atwa (pictured above). A young Bushra was also in it, along with the not-so-famous-now singer Karim Abu Zeid.

The famous melody of this show’s intro by Hisham Abass still lingers. This family drama was so successful back then, my best friend would call me up before it started just to remind me to watch it! The series stars Samira Ahmad, along with Hanan Tork and Hassan Hosni

This show is considered the Godfather of Egyptian Sitcoms. When Shabab Online first aired back in 2002, it was definitely the first TV series of its kind as Egyptian audiences weren’t at all accustomed to punchlines that are followed by loud sounds of laughter and other sitcom elements. The show was inspired by, of course, Friends.

3afareet El Sayala instantly became a hit after the first few episodes aired back in 2004. Everybody became obsessed with Fishawy‘s style and unorthodox lingo. Everybody at school was talking about it, even the teachers. In my opinion, Afareet El Sayala is the show that truly marked the start of Fishawy’s career.

Now raise your hand if Al Ha2ee2a Wal Sarab gave you LIFE!!! I mean, this series is the damn boss!! This masterpiece alone is the reason why we have all the “Mama ya setty” memes today. All Hail!

Who remembers when Ayna Qalby first aired and everybody was raging over the fact that Ahmed Ezz was too damn young to play the role of Yousra’s love interest??? Gosh! I remember the debates like it was yesterday, not 16 years ago! Ayna Qalby was the reason Mai Ezz El Din’s & Menna Shalaby’s careers skyrocketed afterwards!

Setting aside the fact that I never really liked Sara because I found Hanan Tork’s character extremely annoying, the series was definitely a success. Hanan Tork plays the role of a girl called Sara who has mental development problems and Ahmad Rizk plays the role of her hero doctor, who I think eventually falls in love with her….?….All I remember is the annoying sound of Sara yelling out “Hassan!”.

And who could forget Yehia El Fakharany’s impeccable performance as Abass in this hit series? This man is such a powerful actor, he easily steals the show whenever he’s doing a scene. The story follows a man, who’s in search of his kids after he’s  been away for so long, I don’t remember why, tho.

The revival of the famous story of Alexandrian ladies Raya & Sekina was met with huge success. The mystery of it all, along with the thrill of dying to find out who their next victim is, was everything I needed as a kid.

Mo Salah is the Top Socorer in Europe!